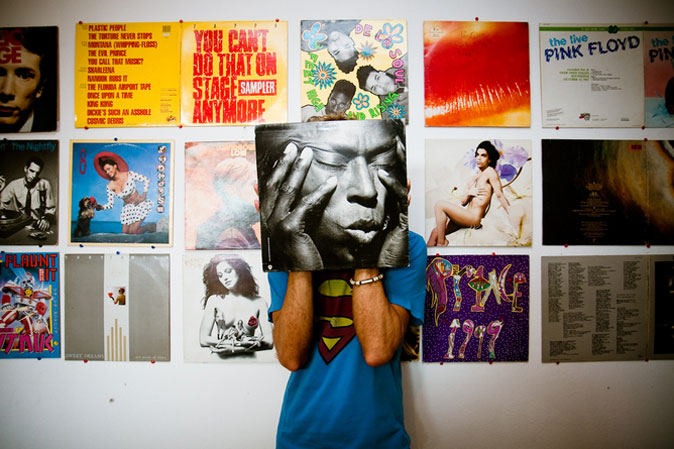 Why Does Analogue Still Feel Good in a Digital World?

Is analogue better than digital? Is digital better than dialogue? Though the source of much heated debate, it would seem digital is now virtually unstoppable.

There’s not going to be any 35mm film at the Sydney Film Festival this year. It looks like the film industry is catching up to the other creative industries and discarding analogue media technologies.

A quick look at the ARIA top ten reveals lots of music that never got near a tape machine. Most professional photographers long ago embraced the benefits of digital cameras over their analogue film counterparts.

All of these industries use a medium to create a record of something. It used to be magnetic tape or film – but now it’s usually done via a process of digitisation. The creative part is how these media can be manipulated to tell a story, create an emotional response, ask questions, entertain you – basically do all the things that art should do.

Even though we’re living in the days of digital, there are still many young, emerging artists who love old media with a sense of nostalgia that sometimes borders on fetishism – especially for equipment they’ve often never used.

Artists such as Jack White, with his last record being made on a 1960s Neve console and vintage 8-track tape machine, are inspirational to this new generation and the growth of cassette-based record labels has surprised a lot of people in the industry who considered the domestic analogue format long dead.

What’s more, there is now a thriving industry in the digital recreations of the nonlinearities present within these analogue mediums. These nonlinearities – the buzzes, distortions, crackles and flares – are what most people wanted to get rid of in the first place.

Nonlinearity is the term we give to a media where, basically, the output doesn’t equal the input. Any media that “colours” the signal can be thought to be nonlinear – think (often slight) distortion and dynamic compression in audio recordings, or blurred edges and certain colours becoming saturated in film.

Engineers would strive to remove these inaccuracies – but music producers, photographers, and film directors learnt to exploit them to creative ends. Audiences became used to how recorded music sounded, how certain films looked.

We came to like these media-based nonlinearities so much, that, even now, I know a lot of music producers who will record to analogue tape before transferring the audio to a computer running Pro Tools (the current digital industry standard), or photographers who will shoot on film but then scan the prints into Photoshop for further editing and retouching.

This also explains why companies such as Waves and Steven Slate Digital have created many digital effects that model as closely as possible the sound and distortions of old analogue tape-machines and other recording equipment.

It’s not so much that the new digital tools can’t do the job properly; it’s more that they do the job too well. We miss the fuzziness, blurriness and saturation that analogue can give us, but need the efficiency and cost-effectiveness of digital formats.

Some people miss them more than others, and become obsessive hoarders of lost or dying technology, focusing on the minute differences between different film stock, tape formulae or vintage tube types. Others just think it’s cool to still use a vintage Polaroid camera.

The rest of us are happy to just use an app on our smartphone that models the sorts of films used in vintage Polaroid cameras to satisfy our nostalgia, without the hassle of carrying a camera around.

The Rise of Slow Media

Ultimately this resurgence of old technology being used by people not even born when it first became superseded is analogous to the slow food movement that started in the late 1980s – it’s a slow media movement.

Vinyl sales are on the rise as people rediscover the joy of listening to a single piece of work, an album, as the artist intended it. Of course, there’s also a certain ritual involved with taking a big piece of black plastic out of a large sleeve (where the artwork always looks better) and then having to get up half way through to change sides.

Musicians treat the process differently when they’re being recorded to tape, once they know that all the digital trickery used to edit together perfect takes is unavailable, they realise they really have to perform well.

Directors know they can’t keep shooting takes if they don’t have enough film, a finite number of takes gives the actors a sense of urgency that otherwise may not be there.

Look at what The Beatles did with four tracks. Pro Tools systems today all have at least 96 tracks. Listening to a lot of current music, it’s not exactly clear whether or not those extra 92 tracks have been all that beneficial.

The love of old technology, and the industry that has arisen to monetise that love, may not just be about the media being used. Rather it’s got something to do with the way the media is being used.

These old media won’t go away. There are too many people interested in keeping them alive. People who are interested in chasing diminishing returns or keeping some nostalgic flame alight will keep the vintage equipment and formats running, and good on them.

In many ways I’m one of those people: my favourite guitar turns 40 next year, and much of the recording equipment I use is from the 1960s and 70s. Some vintage equipment, though not all, is amazing. Many devices were overbuilt, they were created to last and made, often by hand, using more expensive components than are commonly used today.

Slow Media in the Industry

All of my equipment still ends up feeding a digital Pro Tools rig though, so I’m not stuck with the inefficiencies of the old, analogue formats. Instead I use plug-ins when I want to mimic their characteristics, and these days I’m spoilt for choice.

For most active producers within the creative industries, the efficiency and cost benefits of digital media will almost always outweigh any perceived benefits from older analogue media.

With digital technology ever improving, it will soon be able to model analogue nonlinearities so well that no one will be able to tell the difference anyway. When that happens, the conversation will have to shift to how the different working approaches required by analogue and digital formats shape the artistic process – not the differences between the formats themselves.

Yanto Browning does not work for, consult to, own shares in or receive funding from any company or organisation that would benefit from this article, and has no relevant affiliations. 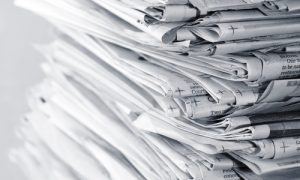 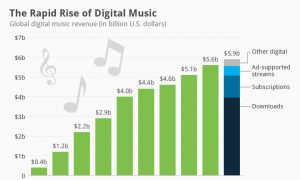