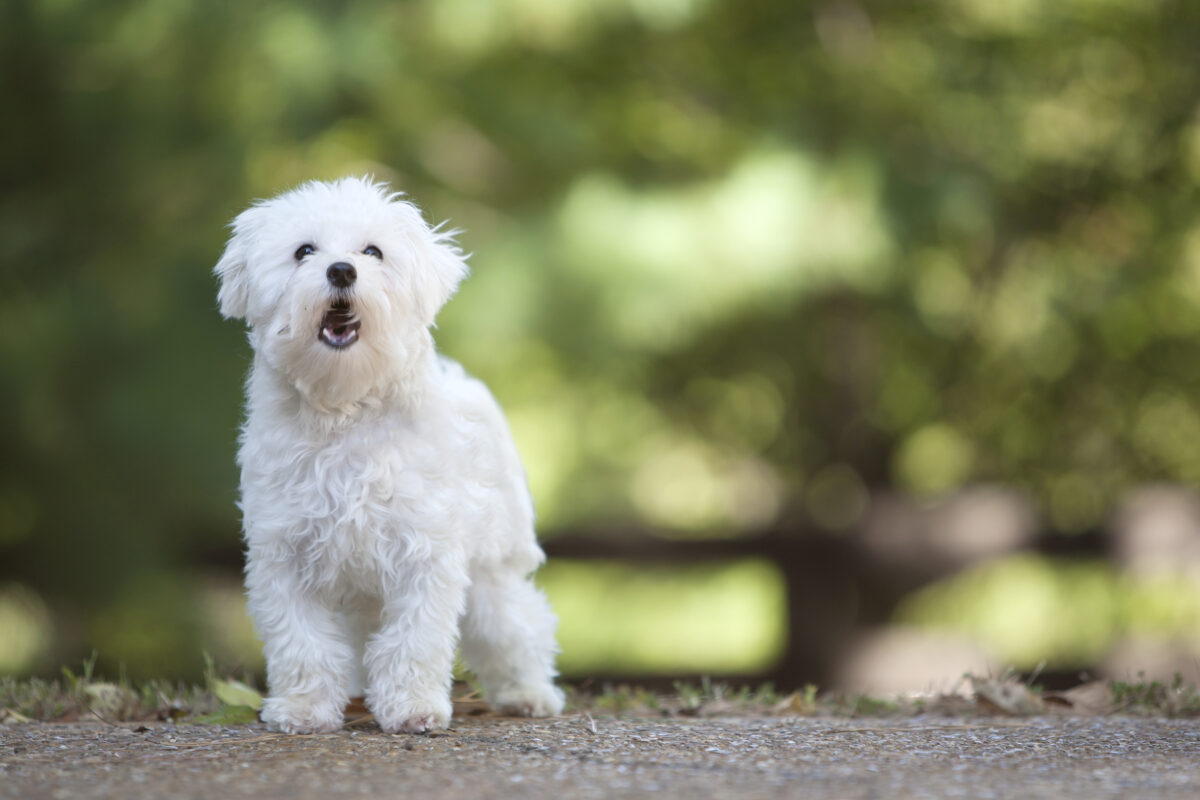 Dogs can hear and smell things that humans can't, and their barking can be a helpful indicator. (Mary Rice/Shutterstock)
Home

Why Do Dogs Bark at Nothing?

Sometimes our dogs alert us when the delivery driver knocks on the door, and that’s fantastic and warranted.

You grab your food before it gets cold, or you scoop up your package before the neighborhood porch pirates stop by. Dog is good.

But sometimes dogs seem to bark for no reason.

So what’s going on? Does that mean your apartment building is haunted? Has your dog lost their marbles?

Did you know that wolves and other wild canines do not bark? Barking is an adaptation that dogs use to communicate with us.

So when a dog barks, it’s usually because they have something to say to their humans, whether you’re actually nearby or not.

If your dog sounds like they’re “alert barking,” and possibly has their hackles raised, but you can’t see or hear anything out of the ordinary, remember that dogs have a much more acute sense of hearing than we do.

They can hear about four times further away than we can, and they can hear higher pitched noises.

So your dog might be barking at someone knocking on your next-door neighbor’s door. Or maybe there’s a squirrel pittering across the roof.

Do Dogs Have a Sixth Sense?

I’d like to think that dogs are as omnipotent as they are in fictional stories, and you’re welcome to believe whatever you wish, but I think we underestimate the power of their five, normal, standard issue senses.

For example, they can sense when an earthquake is about to happen… with their incredible sense of hearing.

They know when someone has cancer before they even have symptoms… using their sense of smell.

Dogs can tell how we’re feeling… because they can smell hormones like cortisol in our sweat.

If there are ghosts lurking in your home, your dog might pick up on associated with changes in temperature, odors, electromagnetic fields, barometric pressure… anything’s possible.

When I was little, I read in a library book something about how you can use a dog to see ghosts. If you stand behind them and look between their ears, apparently you can see spirits that way.

It’s worth a try.

What to Do When Your Dog Barks at Nothing

When it comes to seemingly nonsensical barking, if you’ve looked between your dog’s ears and ruled out ghosts, and peered out the windows for people and critters, and it’s not time for dinner, you might never know what has put your dog on alert.

What’s most important is that you let your dog have that avenue of communication, even if you do not always understand it. Dogs often stop barking once we look around and try to figure out what’s bugging them out. They may settle down when you’ve looked, listened, and given them the all-clear.

This article was originally posted on littledogtips.com.

Lindsay Pevny
Follow
Lindsay is a dog blogger and pet copywriter for outstanding pet industry businesses and a product description writer. Her mission is to educate pet owners to help them become the best advocates for their pets’ health and happiness. Visit littledogtips.com.
SHARE
Friends Read FreeCopyFacebookTweet
You May Also Like