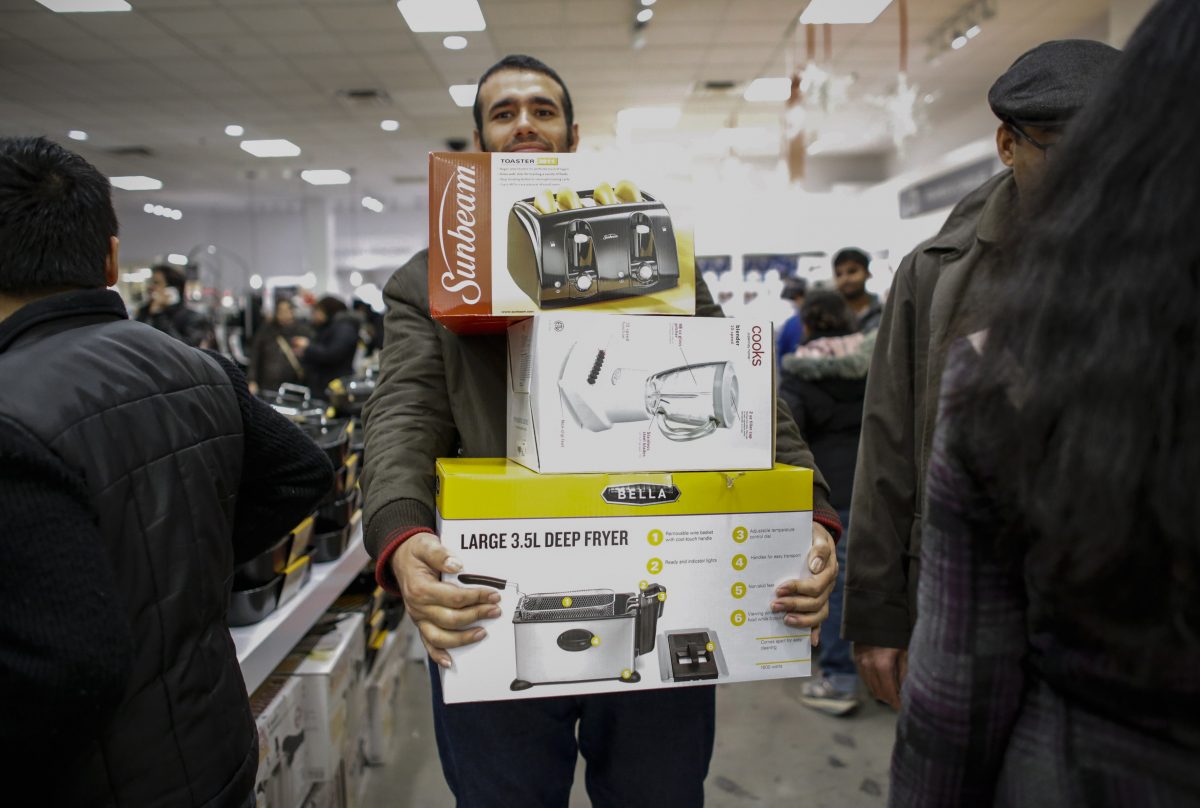 A man shop at the JCPenney store at the Newport Mall on November 27, 2014 in Jersey City, New Jersey. (Kena Betancur/Getty Images)
Future Planning

Why Do Americans Save So Little?

Americans are ill-prepared for unexpected expenses, such as a car needing repairs or a trip to the emergency room, according to a recent Bankrate report.

Almost one in four Americans have more credit card debt than emergency savings, the report found. And 13 percent of Americans have no debt, nor savings.

Without emergency funds, these Americans are on the precipice of a financial fall.

“The unexpected, unplanned expense is going to rear its ugly head and usually at the most inopportune time,” said Gail Cunningham, a spokeswoman for the National Foundation for Credit Counseling, in a statement.

“Without an adequate rainy-day fund, we are all living on a very slippery financial slope,” said Cunningham.

The telephone survey, which was released on Monday, polled 1,003 Americans in January.

It found that 28 percent of Americans felt less comfortable about the amount of money they had in savings this year compared to last year.

Compared to other generations, it was Generation X that was in worse financial straits. About 32 percent of people ages 30 to 49 had credit card debt, compared to 21 percent of millennials, who had witnessed the recession at a young age, and 14 percent of those over age 64.

Why did Americans save so little? As credit cards charge higher interest rates than savings accounts pay, it can often be hard for Americans to climb out of debt and start saving, said experts.

“From a purely financial standpoint, it makes more sense to pay down that high interest rate” before starting to save, said Kelley Long, member of the American Institute of CPAs, in a statement.

Still, the lack of savings can easily spiral into a vicious cycle, as unexpected expenses like car repairs and hospital visits crop up, according to Long.

“Not having an emergency fallback fund is just a first-class ticket to getting further into debt,” she said.

More than half of Americans polled in January said that they did not have cash on hand to cover emergency costs. When dealing with unexpected expenses, they turned to reducing other spending, borrowing from family, or using credit cards.

While, according to the Monday report, a majority of Americans—58 percent—do have more emergency savings than credit card debt, the data also reveals that a similar percentage was reported in 2011.

People are still saving at a low level, said Greg McBride, Bankrate’s chief financial analyst. “Even in the absence of credit card debt, the majority of households don’t have enough emergency savings to cover three months’ worth of expenses.”

The meager amount of savings across the country could be a consequence of the recession.

As the jobs market improves and economy revives, people may put more toward their savings, according to Eleanor Blayney, CFP professional and consumer advocate.

And hopefully, people won’t “go back to the kind of shop-till-you-drop response to good economic news and put away that emergency fund,” said Blayney.

Shannon Liao
Follow
Shannon Liao is a native New Yorker who attended Vassar College and the Bronx High School of Science. She writes business and tech news and is an aspiring novelist.
SHARE
Friends Read FreeCopyFacebookTweet
You May Also Like