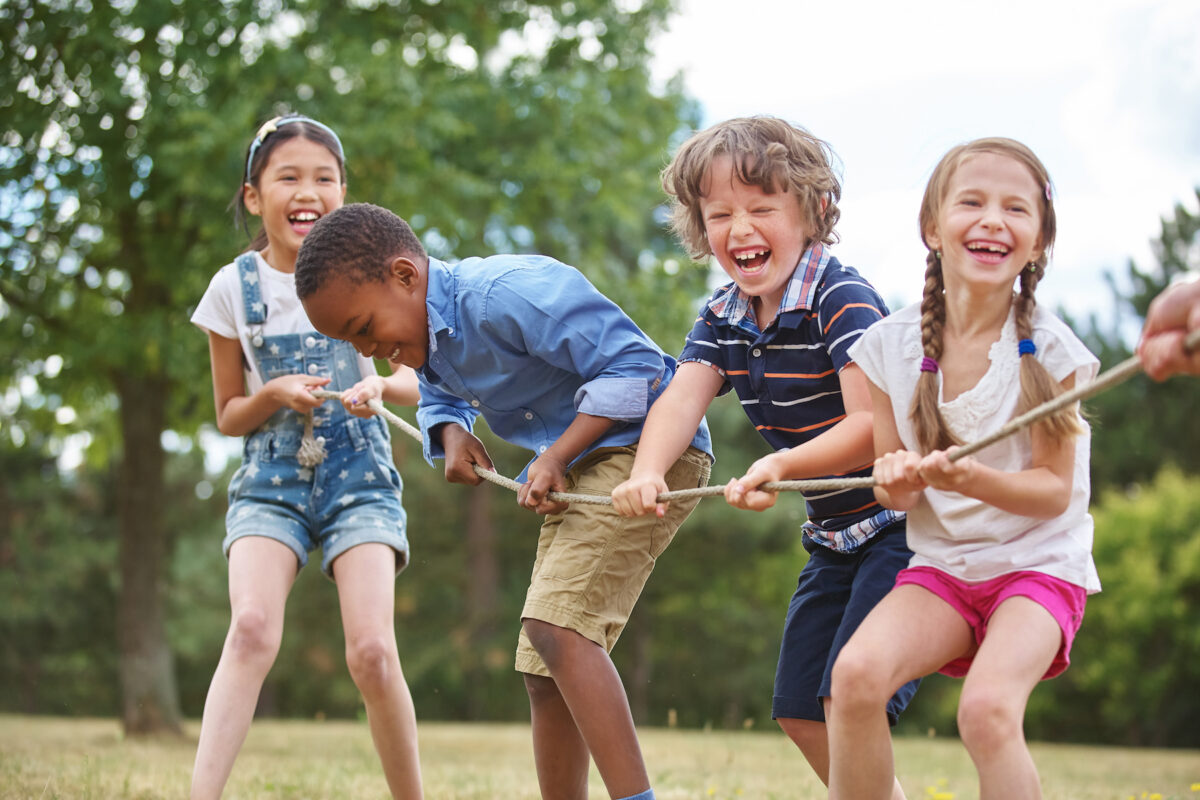 Researchers found that the most popular shows from the 1960s to the 1990s focused on the message that the most important thing is to do the right thing, such as being a good friend or telling the truth. (Robert Kneschke/Shutterstock)
Family & Education

We need to give our children a healthier, better culture than what they're exposed to now
BY Leonard Sax TIMEAugust 9, 2022 PRINT

I saw a teenage boy for a school physical the other day. He was playing a game on his phone when I came into the room, while his mom scrolled through emails on her phone. Mom put her phone away when I came in, and we chatted briefly. She said she had no concerns about her son, who continued playing his game while we talked. The physical exam was unremarkable.

Toward the end, I asked the boy, “So, what do you want to be when you grow up? Where do you see yourself in 10 years?”

“Gamer,” the boy answered without hesitation. “E-sports are huge and they’re just gonna get bigger. I’m gonna make a ton of money as a professional gamer.”

Mom nodded—she had clearly heard this before—but she didn’t smile.

Where do kids find a sense of purpose, of meaning, and of work worth doing? Historically, the culture provides the context in which kids figure out what kind of adult they want to become. A century ago, American kids were immersed in the McGuffey Readers and other books of that ilk, which portrayed the good life as a life morally grounded and biblically sound.

American kids don’t read for fun anymore. They watch movies and YouTube and TikTok, and they listen to music. But the songs have changed. A generation ago, the most popular songs were about love. Kenny Loggins scored a huge hit in 1971 with “Danny’s Song”:

“Even though we ain’t got money / I’m so in love with you honey / Everything will bring a chain of love / And in the morning, when I rise / You bring a tear of joy to my eyes / and tell me everything is gonna be alright.”

Now the most popular songs are about sex, often transactional sex in which the act is offered in exchange for money. In their No. 1 hit song WAP, Cardi B and Megan Thee Stallion advise women to “ask for a car” while having sex with a man, noting that a man “paid my tuition” in return for sex. Bruno Mars earned six Grammys for his song “That’s What I Like,” in which he offered a woman gold jewelry and a shopping spree in Paris if she would just “turn around and drop it for a player” because “that’s what I like.” Earlier this summer, the No. 1 song on the Billboard Hot 100, i.e. the most popular song in the U.S., was a single by Drake titled “Jimmy Cooks.” The sexually explicit and profanity-laced lyrics are too graphic to print, but a New York Times reviewer praised Drake for his “lyrical vividness.”

We now have good evidence that the kind of music kids listen to influences their beliefs, attitudes, and behavior. In one longitudinal cohort study, researchers found that teens who listen to music with degrading sexual content are more likely to engage in sexually risky behaviors. Listening to music about love doesn’t lead to bad outcomes. Listening to music about degrading sex does lead to bad outcomes. That’s the lesson of that research.

But my concern goes deeper. As writer Kent Russell recently observed, contemporary American culture has become a culture in which “the value of human life has been reduced to the parameters of the marketplace, where little is sacred and even less is profane.” It’s now common to find boys whose career goal is playing video games for money, despite the extremely long odds against ever actually making a living as a gamer. Pollsters offered kids in the United States and China a menu of choices in answer to the question: “What do you want to be when you grow up?” Career choices included YouTuber, astronaut, teacher, musician, or professional athlete. The No. 1 choice of U.S. kids was YouTuber; astronaut was the last choice. The No. 1 choice of Chinese kids was astronaut; YouTuber was their last choice.

Our kids can do better. We need to inspire them to want something more than social media or video games or the pleasure of the moment. And culture, broadly understood, should provide that inspiration. But by most objective measures, our culture now comes up short. That’s not a guess, and it’s not nostalgia. Researchers at UCLA, analyzing the most popular U.S. TV shows targeting children and teens, found that the most popular shows of the 1960s through the 1990s taught kids that what’s most important is doing the right thing; being a good friend; and telling the truth, even if it hurts. But in more recent popular shows, such as “Survivor” and “American Idol,” the focus is on winning and becoming famous.

All this makes our job as parents that much harder. The culture has become toxic. That means that we must offer our kids an alternative culture, a healthier culture, a culture where doing the right thing is more important than trying to become rich and famous. It means we need to limit and guide our kids’ exposure to the worst of American culture. More importantly, it means we should consider, every day and continually, how to give our kids a solid foundation in healthy arts and music.

My 15-year-old daughter just spent a week at a sleepaway music and dance camp, where cell phones weren’t allowed. After camp, we visited extended family in Ohio, and next month we’ll visit family in California, in both cases without cell phones, doing fun things together outdoors. Later today, my wife, my daughter, and I will hike the mountains. On the car ride to get to the mountains, we’ll sing: Peter, Paul, and Mary; Bruce Springsteen; and—yes—“Danny’s Song.” My daughter knows all the words by heart. No screens. Just good music—and love.