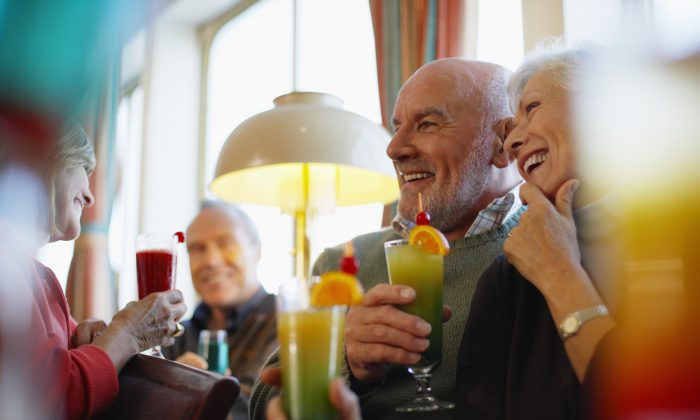 Who Are These Old People at My Class Reunion?

In science there is a concept called the “survivorship bias.” It refers to the logical error of concentrating on the people or things that “survived” some process while overlooking those that did not survive because they are hidden. One of the best examples of “survivorship bias” is the class reunion.

For the most part, people who failed economically, professionally, socially, romantically, or bodily do not show up to class reunions, leaving the impression that everyone did well in life. (Of course there are also those who cannot show up because they are listed in the “in memoriam section” of class handbook.)

Most people want to be Mr. or Ms. Congeniality at the class reunion, but who knew they wouldn’t recognize or remember anyone? Because a third or more of the class has lost their maiden names—and two thirds have lost their waistlines or hairlines (if they are men)–who is who? Sure there are name tags, but who can lean in that close to actually read them without being rude? Certainly that is not what Sheryl Sandberg was proposing in her bestseller “Lean In.”

If you do remember the person or the name, memory seems to serve up the worst identifiers. The girl that ran with the bad crowd? The guy caught cheating on his college entrance exams? The twins whose dad showed up at every sporting event and bullied the other parents?

Then there are the turnarounds. How did the guy you remember as a slacker become a surgeon? The girl you remember as fat get own her own Pilates studio? Is the former drug head really a law enforcement officer?

Most people want to be Mr. or Ms. Congeniality at the class reunion.

Not remembering someone or remembering them very differently can make for some awkward hemming and hawing until the band strikes up with “We Will Rock You” and “We Are Family.”

Still there are some things that are no surprise. The jock is still a jock; the goth is still goth and clad in black; the gay people who were out before it was accepted or common are still out. The math wiz is a professor; the beauty is still beautiful; the doodler is a graphic designer; the student government leader is now a low-level politician.

Commensurate with the survivorship bias, many at the class reunion clearly did well for themselves and are now on second careers to feed their souls—not their bank accounts. After “real” jobs with chip makers or insurance companies they are now fiber artists, jewelry makers, teaching Zumba, growing dahlias, leading drum circles, and life coaches. Must be nice …

Still no matter how different your classmates turned out from what you remembered or expected, there is one thing you know about everything in the room–something no one can change: their age.