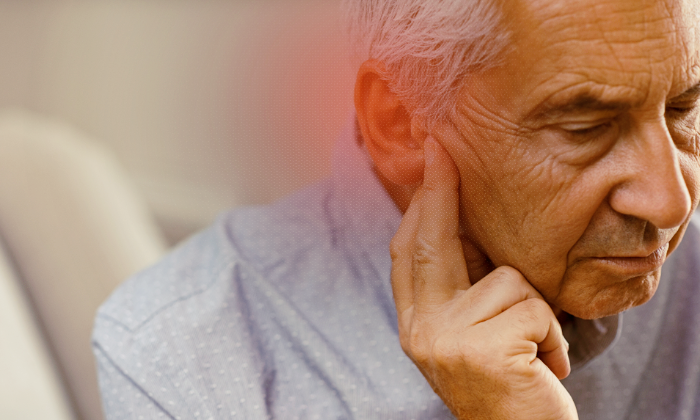 When People Complain Your TV Is Too Loud: 8 Subtle Signs of Hearing Loss That Are Easy to Miss

Do people seem to mumble or speak too softly most of the time? Do your family members get tired of repeating themselves to you? If so, you may want to get your hearing checked.

Age-related hearing loss gradually occurs for most of us as we grow older. It’s one of the most common health conditions affecting the lives of older adults.

How does hearing loss affect you?

When you experience hearing loss, you may miss out on more than a few words or sentences. There are sometimes serious medical and psychological consequences of hearing loss if it isn’t managed early. Reduced awareness of what’s going on around you due to hearing loss can be fairly dangerous. Some people with hearing loss withdraw from social situations, which creates social isolation and possibly even depression.

As your hearing worsens, you may subconsciously adjust everyday activities and social interactions to cope with hearing difficulties. In time, you might not notice how hearing loss has gradually impaired your ability to enjoy your life to its fullest. Here are 8 signs of hearing loss to watch out for. If you detect the presence of any, it may be time to book a hearing test.

1. People complain that your voice or your TV is too loud

Your family and friends may complain that you have the TV volume too loud or that you have the tendency to shout. Whether you’re watching TV, listening to music, or talking on the phone, you might think that the noise level is perfectly normal until others inform you that the volume is too high. Take this as a hint that your level of hearing is lower than others around you. It doesn’t feel this way to you, because you’re compensating for your hearing loss.

Are you having difficulty following a conversation in crowds? If you often have trouble differentiating between who’s speaking to you in a noisy environment, it’s an early sign of hearing loss. When conversations take too much effort, social gatherings become not as fun as they used to be. People talking passionately, music, laughter and other competing sounds only make it harder for you to enjoy yourself with family and friends. Perhaps you find yourself “sitting out” of the fun or heading home early.

Car horns and rumbling subways can be loud and annoying, but the sounds themselves shouldn’t actually be painful. If they are, this may be a sign of hearing loss. This happens because when your hearing is significantly worsened, it becomes more difficult for your ear to tolerate loud noises, causing your ears to hurt.

This one is a little less obvious but totally makes sense. When you’re having a conversation with someone, normally you make eye contact because your ears are doing your hearing for you, and you need to read social cues to increase understanding. But if you’re suffering from early stage hearing loss, you may find yourself either subconsciously shifting your eyes to the speaker’s mouths or staring off while concentrating harder on what’s being said.

When one sense doesn’t work as well as it used to, the brain tries to make up for it by using more of another sense. Lip reading, even if you’re not trained in it, is the brain’s way of compensating for a worsened ability of hearing. In other cases, you may just find yourself focusing more intently on what’s being said at the expense of other social cues. Pay attention the next time you have a conversation in a fairly noisy environment to see exactly how you’re communicating, and pursue a consultation with a hearing specialist if you’re having trouble keeping eye contact.

Researchers have found that reduced hearing may be associated with cognitive decline. Those with hearing loss often have a poorer spatial awareness, which could increase a person’s risk of falling. Your inner ear canal affects your balance, so it makes sense that if something is wrong with your balance, it’s likely that there’s also something wrong with your hearing. One with inner ear problems may experience bouts of dizziness or lightheadedness, or in certain cases vertigo. It can feel like you’re spinning or moving even if you’re staying perfectly still.

When aging takes a toll on your cochlea, the inner ear organ that helps you hear, the cells that detect high-pitched sounds are usually the first to fail. This can make it harder to understand those who have a high-pitched voice, like women and children.

It’s also the reason you may have a problem hearing consonants. In a speech, vowel sounds–A, E, I, O and U–are low in pitch while consonant sounds like S, F, Th, Sh, V, K, P and others are high in pitch. Being able to hear vowel sounds is helpful and lets you know that there’s a speech going on, but it’s the consonant sounds that give speech meaning and distinguish one word from another. Without being able to hear subtle differences between consonants, you may notice that certain words are difficult to understand. For example, words like “cat” and “hat,” and “show” and “throw” can be hard to differentiate.

7. Ringing in the ears

Tinnitus is often the first sign of hearing loss. It’s found in people of all ages and is mostly attributed to inner ear damage. The noise of tinnitus often sounds like a ringing in the ears, but it can also be buzzing, clicking, roaring or hissing. It might be a slight annoyance or make it difficult for you to concentrate, sleep, work and even maintain relationships. According to the American Tinnitus Association, 56% of people with tinnitus also have hearing loss.

A huge part of our memory revolves around what we hear, and this is why a loss of hearing may often be accompanied by a deteriorated memory. Much like how it affects your balance, hearing loss also forces the brain to focus less on your memory and more on your hearing, which could be another reason why you’re becoming so forgetful.