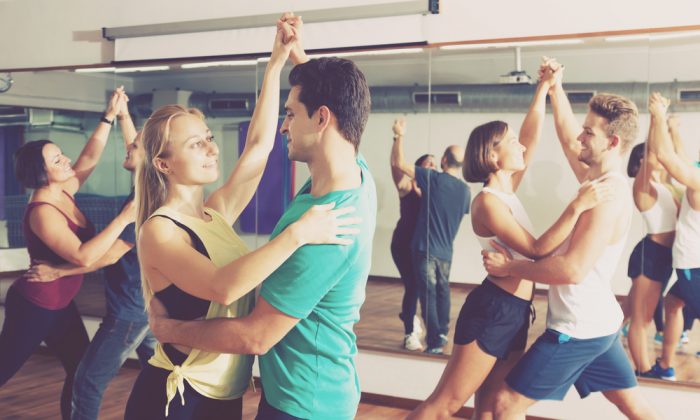 When It Comes to Keeping Our Brains Young, We Need to Rise to New Challenges

As we get older, our thinking skills often deteriorate: We may get slower, more forgetful, and not as good at learning new things. Yet not everyone experiences these changes to the same degree. Some remain mentally sharp into their 60s, 70s, and beyond; others experience declines that can make it harder for them to live independently.

Researchers see hope in this variation. It’s a sign that decline might not be inevitable. Together with the fact that people are tending to live longer, it’s no surprise that this is an area pursued by specialists around the world.

Broadly speaking, the thinking skills that decline earliest are the ones that allow us to quickly process information or respond to things. This perhaps starts in our early 20s. On the other hand, we retain and may even continue to develop mental skills associated with accrued knowledge through midlife and into old age. A good example would be our vocabulary.

Another thing that happens as we get older is that our brains get smaller, known as brain atrophy. One recent report indicated that adults in their 70s experienced about 0.7 percent loss of grey matter and 1 percent of white matter per year. Both are important for our thinking skills; our “little grey cells” might be the familiar term regarding complex thinking skills like language and reasoning, but the white matter plays a vital role in connecting different areas of the brain.

Brain atrophy is associated with an increased risk of cognitive decline, albeit the research is not entirely consistent. But crucially, this shrinkage varies from person to person. In the same study of 70-somethings, for example, men were found to lose more grey matter than women. Those who are less physically active have also been shown to have more shrinkage.

We’re still developing our understanding of what might influence our thinking skills as we age. In the meantime, there remain challenges in providing the public with clear information about how best to preserve their brain health.

Changes in thinking skills are often reported to be among people’s greatest fears about aging. On the one hand, it is a good thing to have a healthy concern about this issue, since it might encourage people to make sensible lifestyle choices to maximize their health. Having said that, some of these fears may be the result of misinformation. News headlines often wrongly use phrases like dementia and Alzheimer’s as shorthand for any research into changes in thinking skills, for example.

I was recently involved in a U.K.-wide survey into this area, questioning over 3,000 adults aged 40 and older. We’re still analyzing the results, but I can share some top-line findings. For example, the middle-aged adults in the survey were more pessimistic than over-70s about when mental decline might begin. The 40-year-olds expected it between 10 to 15 years earlier than the older respondents—possibly a sign that the reality does not live up to the fear-mongering when you get there.

Nine in 10 respondents thought there were things we can do to protect or maintain thinking skills, though fewer than six in 10 were confident about what these might be. This suggests room for improvement, though it’s a strong foundation on which to build further public health messages.

So how can we best preserve our brains? For some lifestyle choices, the evidence is relatively consistent. Smoking, for example, is detrimental; it thins the outer layers of the brain, which are vital for functions including memory, reasoning, and language. The good news for former smokers is that this thinning appears to reverse if you give it up, though a full return to thick cortical layers is estimated to take about 25 years.

Being physically active is also generally linked to better thinking skills and brain health. For the inactive, even making initial changes such as walking more has been documented as being worthwhile.

For some other activities, the evidence is flimsier. Headlines that some game or puzzle is the key to remaining sharp won’t be going away. But to put it mildly, the whole “brain training” area is highly contested.

In fact, the most recent review of the literature has come to the same conclusions as previous ones: People tend to become better at whatever game they play over time, and there are instances where this transfers to other skills. Broadly, however, the benefits appear limited.

Rather than playing the same repetitive game, a better boost for brain health is doing something novel and challenging—learning a new skill, meeting people, or engaging in new experiences. Learning a language has been promoted, for example, while researchers are also finding some empirical support for the benefits of mastering digital photography or tablet computers, or volunteering. While these activities are quite diverse, the key ingredient is the new learning, which can increase as your expertise grows.

The bottom line is that brain aging remains a developing research area with much still unknown. It is certainly worth getting more active and giving yourself a challenge, but there is also much to be said for choosing that new activity according to whatever makes you happy, be it learning Russian or how to tango.

Retaining our thinking skills is obviously important, but happiness and fulfillment are linked to their own health benefits. I can’t promise that staying cheerful will allow you to retain the mind of a 20-year-old into your dotage, but it certainly looks worthwhile overall.

Alan J. Gow is an associate professor of psychology at Heriot-Watt University in the U.K. This article was originally published on The Conversation.