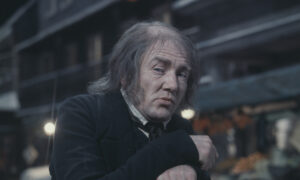 California Insider: Interview With Edward Ring on How to Help the Homeless
0 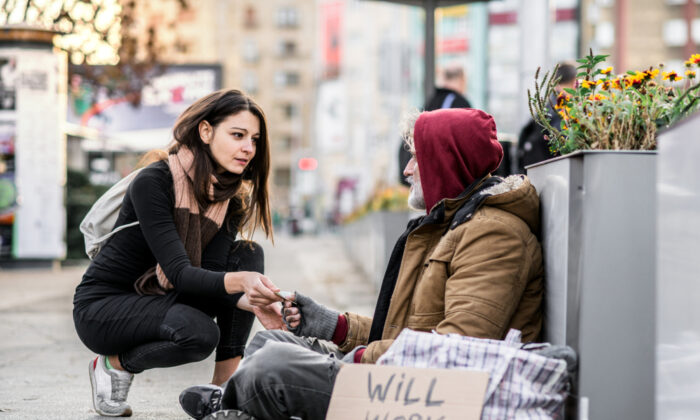 Any truly effective solution for such social ills as homelessness must always involve a willingness that goes two ways, not just one. (Shutterstock)
Life & Tradition

I recently had an encounter that reminded me of one of the most paradoxical, even annoying realities of life: that sometimes, helping hurts. No matter our intentions, no matter our selflessness, no matter the genuine goodness of our heart and actions, there are some people, and some times, when all our helping will do nothing but make the situation worse. Our help is unhelpful.

I was at a gas station after church. I was filling up my tank, and then walked toward the station to get a cup of coffee. As I walked from my car to the station, I saw a woman near the door sitting on the street. By all appearances, she was very poor—at best—and homeless, at worst. Her hair was matted, her clothes were dirty, and her demeanor made the possibility of drug use apparent.

I felt a great deal of sympathy for her. I didn’t know her story of background—I wasn’t judging her at all. “There but for the grace of God go I,” I thought to myself. As much as I believe in the power of human beings to make choices, and as much as I affirm the necessity of consequences, I also have a deep sense of empathy and solidarity with those who are struggling. All of us struggle, and oftentimes, very few, if anyone, knows the backstory.

I got my coffee, and all of a sudden, I heard a slight uproar from the cashier. He raised his voice and his hands, clearly trying to get my attention. “Were you getting this for her?” I asked what he was referring to. “This lottery ticket,” he said. Turned out that my new acquaintance, while she had picked out some food, was also trying to get a lottery ticket out of me as well—and not one of the cheap ones, but a $20 one!

Internally, I was blown away. But I didn’t show it—as annoyed as I was by what this woman tried to pull on me, I still felt a need to respect her dignity. I told her, “No, no, that’s not okay. But if you want one of the cheap ones, that’s fine.” So she surrendered the $20 lottery ticket, and went for one of the $1 ones. She got more out of me than I offered, but much less than she tried to extort.

We left the gas station, she had her food, and her lottery ticket. I said goodbye and that I would pray for her. She didn’t say a word to me, and just walked off. I didn’t do what I did for a “thank you,” but it struck me that not only did she express no gratitude, but she also took advantage of my free offer of help. I didn’t go away angry—but felt a deep sense of sadness for her. I also had another sensation I wasn’t expecting: helplessness. I was, in the deepest sense, incapable of helping this woman. I was helpless to help her.

I was reminded of a letter George Washington had written to his nephew, Bushrod, on the wise way to help others:

“Let your heart feel for the affliction, and distresses of everyone—and let your hand give, in proportion to your purse—remembering always, the estimation of the Widow’s mite [Luke 21:1-4]. But, that it is not every one who asketh, that deserveth charity; all however are worthy of the inquiry—or the deserving may suffer.”

And there it is: the crucial insight that desiring to be helpful is not enough to make something actually helpful. To be truly helpful, the one being helped must also have the proper disposition. This is something most of us know in our own lives—that we can’t help those we love, family and friends, if they don’t want help—but which we often fail to apply in our “solutions” to poverty and homelessness.

I am not claiming that everyone in poverty or who is homeless is the same as this woman—God bless her. But it is undeniable that at least some are, and that any truly effective solution for such social ills must always involve a willingness that goes two ways, not just one.

Benjamin Franklin—a man widely known for his generosity and charity—had brutally honest words about this phenomenon, namely the reality that sometimes “helping” actually hurts, from his observations of it in Great Britain:

There is no country in the world [referring to Great Britain] where so many provisions are established for them; so many hospitals to receive them when they are sick or lame, founded and maintained by voluntary charities; so many alms-houses for the aged of both sexes, together with a solemn general law made by the rich to subject their estates to a heavy tax for the support of the poor.

Under all these obligations, are our poor modest, humble, and thankful; and do they use their best endeavors to maintain themselves, and lighten our shoulders of this burden? On the contrary, I affirm that there is no country in the world in which the poor are more idle, dissolute, drunken, and insolent. The day you passed that act, you took away from before their eyes the greatest of all inducements to industry, frugality, and sobriety, by giving them a dependence on somewhat else than a careful accumulation during youth and health, for support in age or sickness.

In short, you offered a premium for the encouragement of idleness, and you should not now wonder that it has had its effect in the increase of poverty.”

Franklin knew more than anyone that helping isn’t always helping.

And wisdom is knowing the difference.

Joshua Charles is a historian, speaker, and #1 New York Times bestselling author of several books. His work has been featured or published by outlets such as Fox News, The Federalist, The Jerusalem Post, The Blaze, and many others. He has published books on topics ranging from the Founding Fathers, to Israel, to the impact of the Bible on human history. He was the senior editor and concept developer of the “Global Impact Bible,” published by the DC-based Museum of the Bible in 2017, and is an affiliated scholar of the Faith and Liberty Discovery Center in Philadelphia. He is a Tikvah and Philos Fellow, and has spoken around the country on topics such as history, politics, faith, and worldview. He is a concert pianist, holds an MA in Government, and a law degree. Follow him on Twitter @JoshuaTCharles or see JoshuaTCharles.com