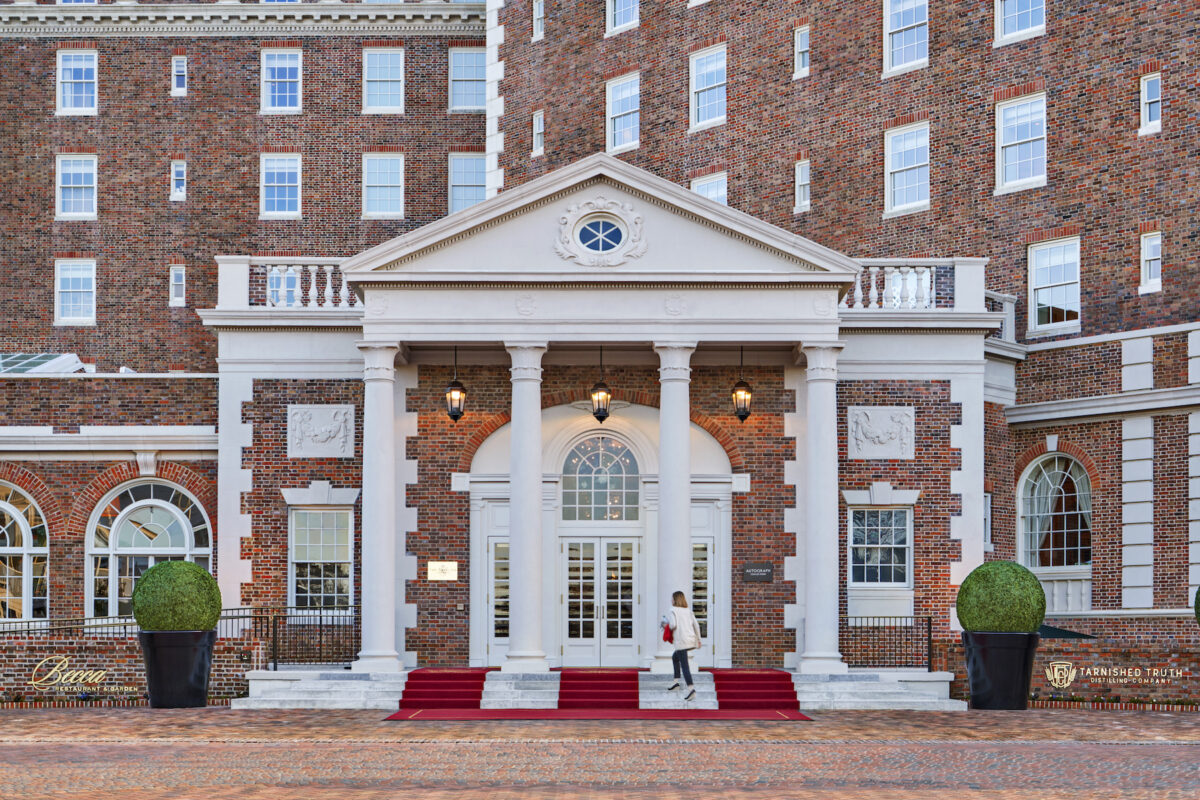 When a Hotel Is the Destination: The Cavalier Hotel

The Cavalier Hotel is one of those hotels that’s also a destination in its own right.

The stately landmark in Virginia Beach—which is surprisingly Virginia’s largest city—first opened in 1927 atop a hill about two blocks off the beach. This location in the quieter north end feels a world removed from the kitsch shops and forgettable chain hotels at the heart of the tourist zone.

Clarence Neff Sr., a regionally known architect, used Flemish bond bricks to design a building that evokes both Thomas Jefferson’s Monticello and some of the great Palladian country houses in England. This is appropriate, given the hotel’s name, as well as Virginia’s rich history. Supporters of King Charles I at the time of the English Civil War in the mid-17th century were called Cavaliers by their opponents, the Roundheads. Many of those aristocrats also settled in Virginia, the first English colony in the New World.

The hotel reopened to much fanfare in 2018 after new owners saved the historic property from other developers who wanted to demolish a building that has hosted the likes of F. Scott Fitzgerald, Bing Crosby, and presidents ranging Calvin Coolidge to Richard Nixon. Thankfully, those foolish plans were never executed.

Not only does the newest iteration of the Cavalier operate within Marriott’s Autograph Collection brand of high-end independent hotels, but it’s also listed on the National Register of Historic Places. That latter designation will protect it moving forward.

As part of its reopening, an $81 million renovation and restoration that amounted to more than $1 million dollars for each of the 85 rooms was carried out. Today, it’s the flagship of an eponymous resort development that includes two other hotels, a visually striking 23-story Marriott, and the still-under-construction Embassy Suites. There are also numerous residences built in styles that complement the Cavalier with its gorgeous brickwork.

I stayed on the sixth floor in the Lawson Suite, one of the Cavalier’s six so-called heritage suites. Each suite was designed by a partner in the ownership group. The rest of the rooms are split between 23 suites and 56 standard rooms with single kings or double queen beds.

My suite was named after John Lawson, who worked with interior designer Stacey Briguera on a captain’s quarters décor that not only pays homage to this part of Virginia’s maritime heritage, but to Lawson’s grandfather, who captained a commercial fishing vessel.

The Cavalier isn’t one of those old hotels restored with modern features that have been added incongruously after the fact. Rather, there was consistent attention to detail. Every imaginable space has been carefully curated to achieve the elegance that one expects from a grand hotel—the kind that nobody builds anymore. The overall atmosphere feels more clubby than nouveau riche.

Besides exceptional design, most of the staff across multiple guest-facing departments consistently delivered a standard of service that’s almost impossible to find these days, when hiring and keeping good workers is a real challenge for the hospitability industry. Perhaps no place was this more evident than Becca, the AAA four-diamond restaurant occupying the hotel’s original dining room that used to be named after Pocahontas, the famous Native American heroine of colonial U.S. history. The restaurant’s service at breakfast is just as refined as dinner.

My only disappointments were the absence of newspapers and getting something as simple as a shoeshine. I suspect both are victims of COVID-19 pandemic cost-cutting as hotel owners and managers seek to eliminate what they call amenity creep. I also thought the wine lists in both the Raleigh Room, the upscale bar just off the lobby, and Hunt Club, the downstairs pub, were mediocre with mostly big supermarket brands. Virginia wine, which is actually a thing, was noticeably missing. I expected to find a viognier or blanc de blanc sparkling wine.

The Historic Cavalier Hotel and Beach Club, as the hotel is officially called, is the place to be when in Virginia Beach.

The only reason I can think of to not stay there is the oceanfront location of the Marriott. Reflective of Marriott’s latest design concept and a world removed from the old-school design of the Cavalier, the sister property has sweeping views of Virginia Beach’s seemingly endless sandy beach.