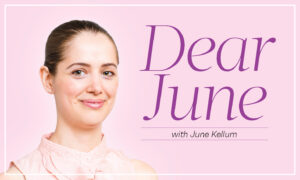 When a Couple's Views on Family Planning Differ
0 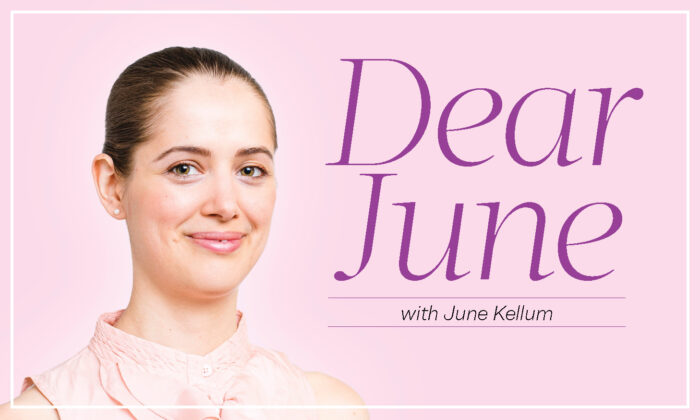 What’s Worth Sharing on Social Media?

What we can learn from Socrates
By Dear June
Print

I would like to draw your attention to a phenomenon on social media that deeply concerns me: People allowing ideological bias to trick them into spreading hateful, untrue messages.

It sounds rather trite to say “don’t believe what you read on the internet,” but it seems we need a reminder.

The most recent example on my Facebook feed was a post of what appeared to be a screenshot of an article published on Vox. The title was “Dear White Women: White Babies Are White Supremacy,” which clearly espoused ludicrous ideas.

I saw the screenshot being shared by someone on Facebook, accompanied by a number of hateful comments aimed at the article’s author.

However, this screenshot is fake. The article never actually existed.

The supposed author is Todd VanWerff, a name that appears fabricated. However, at the top of the screenshot is the name and photo of Emily VanDerWerff, who does write for Vox. She said in a post that the screenshot first appeared in June 2019 and she has received harassment and death threats because of it.

She traced the origin of the screenshot to a post on the anonymous site 4chan.

Two things concern me about this: first, that the article was fake (and easily shown to be so) but nonetheless generated real hate; secondly, that we are so willing to believe the worst of people who don’t share our views.

There is a story about Socrates that recounts how once in conversation with a friend, the philosopher was asked if he wanted to hear some news about a mutual acquaintance.

I think we would be wise to use these criteria—known also as the triple-filter test—to assess what is worthwhile to share on social media.

Using these criteria will also make us less gullible, because then we will not share what we have not verified—and the process of verification reveals just how complex the world is and how little we can really say with confidence.

Indeed, the idea attributed to Socrates that “mankind is made of two kinds of people: wise people who know they’re fools, and fools who think they are wise” has a ring of truth.

Weddings I had planned on attending this year reduced the number of guests for the ceremony due to COVID-19 and have postponed the reception portion to next year. What should be the protocol for gifting: send the gift in honor of the marriage ceremony, or wait until the reception?

It may surprise you to learn that under normal circumstances, the recommended protocol is to send wedding gifts either before the marriage/reception day or after it—and some etiquette experts even say up to a year afterward is acceptable!

However, this is certainly not the custom where I come from. I’ve attended more than 25 weddings in my life, and gifts were always placed on a table at the reception.

To make the best decision, I would consider the situation of the couple and the type of gift you plan to give, as the best time to do the giving might be different for different weddings. If a couple has already moved into a new home together and what you are giving them is either useful or decorative, you could send it right away. If their move has been postponed, then I would wait and send it to their new address so they have one less thing to pack and haul.

If you are unsure, you can ask the couple directly, or their parents, about the best time for them to receive gifts. If theirs is a destination wedding, then send the gift to their home instead of the ceremony because it will be hard for the couple to transport a large number of gifts.

And if you don’t like the idea of coming to the reception empty-handed, you could bring a thoughtful card or a small additional present such as a gift card.