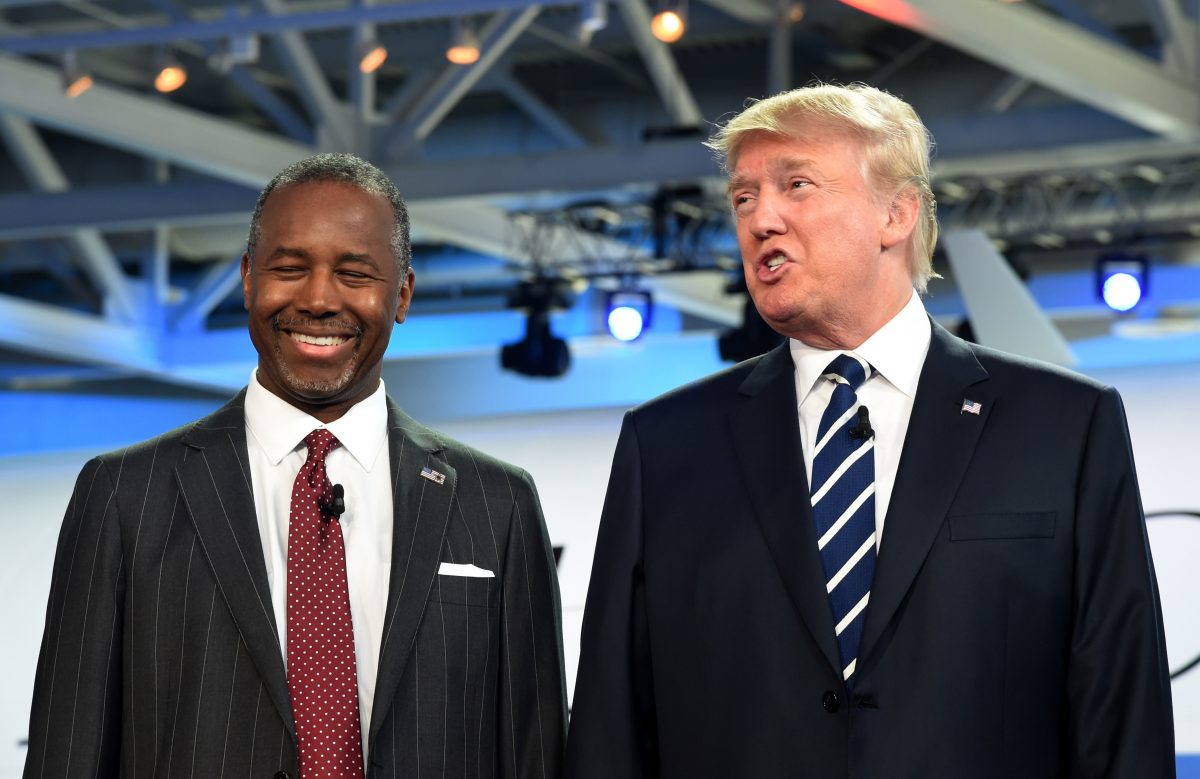 A new poll indicated that Dr Ben Carson has pulled nearly even with Donald Trump among Republican primary and caucus voters. Interestingly, Carson – who sports a thin doorknocker – is the only presidential candidate with facial hair. And if elected, he’d be first president with facial hair since William H Taft, who assumed office over 100 years ago and flaunted a thick, handlebar mustache.

Carson, a retired pediatric neurosurgeon from Detroit, is well-known for his polarizing political rhetoric. But even though beards are in vogue among the general populace, our research shows that bucking the current trend of clean-shaven politicians may ultimately hurt his chances at the polls, at least among some voters.

Before the 1850s, most American men and politicians were clean-shaven, but the beard became popular in both America and Europe during the Crimean War, when soldiers grew facial hair to keep warm. A number of popular public figures – Civil War General Ambrose E Burnside (namesake of the sideburn), President Lincoln, naturalist John Muir and poet Walt Whitman – would all brandish facial hair.

Then, in 1901, the first safety razor to utilize disposable blades was invented, and razors soon became cheap and widely available.

Subsequent concerns over hygiene and the bacteria associated with beards led to a decline in facial hair’s popularity, as did the widespread use of gas masks during World War I (facial hair could prevent the mask from functioning properly).

Since Taft, facial hair’s popularity has fluctuated among Americans. But why hasn’t there been another bearded president?

For one, a number of world leaders had beards or mustaches – including some prominent enemies. It’s even rumored that Thomas Dewey lost the presidency to Harry Truman because he wouldn’t shave his mustache. (In 1944, Dewey’s mustached contemporaries included Adolf Hitler and Japan’s Emperor Hirohito and Prime Minister Tojo – not exactly the best company to keep.)

And now, our new research finds that voters tend to stereotype politicians with facial hair.

For our study, we used visual aid software to survey 441 subjects, showing them photographs of male members of the 110th Congress, which met from 2007 to 2008.

Representatives with facial hair were matched to similar-looking members without facial hair. Concerted effort was taken to pair members of similar age, facial structures, hairstyles and party affiliation. We also paired members together that had similar backdrops in their photographs.

One group of subjects first answered questions concerning the congressmen’s perceived level of masculinity. We then asked another group of subjects to evaluate the members’ position on issues and answer whether they would vote for the candidate pictured. Then we collected information on our subjects, including their personal traits and political views.

We found that members with facial hair were (not surprisingly) perceived as more masculine. Politically, this can be both a good and a bad thing. For example, we found congressmen with facial hair are judged to be more competent, but they’re perceived as less supportive of feminist issues.

And while we expected masculinity to increase subjects’ perceptions of the use of military force, members with facial hair were actually seen as less likely to support the use of violence. Some stereotypes of men with facial hair include the assumption that they’re unconventional and more likely to have occupations like working as an artist. Moreover, facial hair is a common stereotype associated with the counterculture movement and environmentalists.

The Branding of an American President

We found that 52% of males and 49% of females would vote for the candidate with facial hair – a 3% difference that could be the difference between a candidate winning or losing an election.

Candidates with facial hair are sending a signal to voters about their masculinity by choosing whether or not to shave. Candidates – especially those needing to shore up support from female voters – should shave away all facial hair.

Given the fact that Dr Ben Carson has, in part, blamed the feminist movement for police shootings of African Americans, he would do well to lose the doorknocker. He needs any edge he can get.

On the other hand, during the Republican primary, being seen as less feminist and more masculine may be an advantage: the Republican Party is more drawn to ideas of masculinity than the Democratic Party.

Were Carson to emerge victorious in the primary, though, he might want to load up on some Barbasol for the general election.