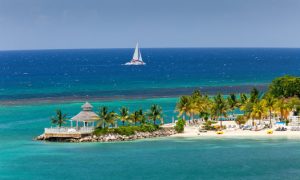 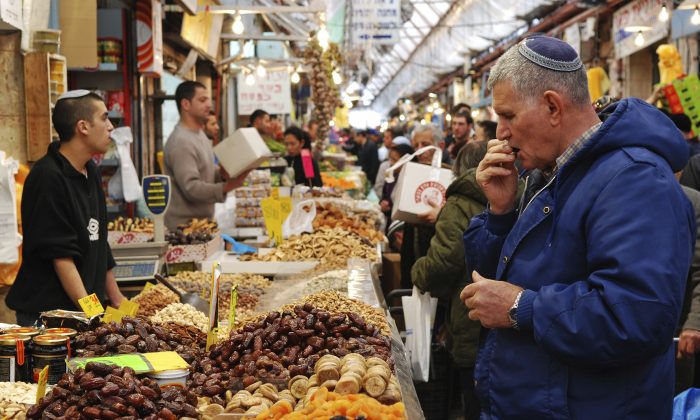 A man shopping for fresh fruits, is tasting a fresh fig in a market stall at the famous Mahane Yehuda Market in dowtown Jerusalem. (MaestroBooks, iStock)
Destinations

Israel sits on a small sliver of land that has been nourishing humanity for millennia, and thus, the country beckons travelers with its promise of unpreceded cultural sights, smells, sounds, and tastes. However, the political situation around Israel, in Gaza and the West Bank, is often tenuous, which scares even the most daredevil travelers away from the region.

Yet, life and travel in Israel are not nearly as dangerous as the media has us believe. In fact, most visitors are able to extensively tour the country without ever experiencing the violence that news programs make seem so prevalent. Instead of missing out on the cultural significance of this ancient region of the world, travelers can and should plan a trip to Israel — after reading the following five Israel travel tips, of course.

1. What the U.S. Government Says About Travel

The Department of State is intentionally vague in its proclamation about the security of American tourists in Israel primarily because events in that region of the world are chaotic at best. However, the government seems confident in Israel’s ability to keep travelers safe, as long as visitors are committed to staying in the Israeli regions of the state.

For the most part, travel to Israel’s major cities and tourist areas is just as dangerous as travel to any other large metropolitan area around the world. To counteract the terrorism threats the country regularly receives, Israel has developed a culture of vigilance and a well-trained protection force that is highly effective at keeping citizens and travelers safe. While travelers to the region should absolutely be mindful of the cultural tensions, they should not feel threatened at all during their excursions in the Holy Land.

2. How to Differentiate Between Politics and Religion

The media tends to over-simplify tensions in Israel as occurring between Jews and Arabs, but in truth, this message conflates the very disparate spheres of politics and religion. Though Israel and other Mid-Eastern countries and groups do butt heads in both sectors, it is crucial as a traveler to understand the difference between religious and political beliefs.

Israel is a political state, and though most Israelis are Jewish, their religious identities don’t necessarily define the country’s policies or even its national ethnic personality, as most Israelis actually come from other regions of the world. In contrast, Palestinians are Arabs, a political designation, who believe in Islam and thus are practicing Muslims — but again, their religion does not automatically govern their identities.

3. Where to Find the Oldest Sites in the Country

People have been living in Israel for millennia, which is largely why so many groups want control of the culturally significant landscape. Nearly every city in the country has an extensive past, so any flight travelers can book to Israel through travel sites like Flights.com will suffice. Still, travelers can narrow their vacations by visiting the following best historic sites:

Jaffa. By far the oldest region in Tel Aviv, with mentions in several Biblical stories, Jaffa has dozens of ancient landmarks worth exploring.
Old Jerusalem. Sacred to Judaism, Christianity, and Islam, Jerusalem has countless holy places that date back thousands of years.
Masada. An ancient fortress build high in the mountains, Masada has an unforgettable legend.
4. Why Eco-Travelers Flock Here in Droves
A vast, barren desert spans the southern third of Israel, and in this desert, called the Negev, is the vacation of a lifetime for eco-travelers looking for an authentic trip. Tour guides lead travelers on extensive hikes through the age-old, untouched desert landscape, educating them on the environment and the cultural significance of the place. Many travelers will also get the opportunity to meet with Bedouin tribes who still traverse the region with camels and tents.

There is so much to do and see in Israel that most travelers never want to stop moving for fear of missing an important museum or a historic landmark. However, because Israel is primarily a Jewish country, nearly everyone observes Shabbat, the Jewish holy day of rest. From Friday’s sunset to Sunday’s sunrise, transportation services, stores, government offices, and more will be closed to allow Israelis a day off, which means travelers will likely have trouble getting around.

Instead, travelers should plan to make Saturday a peaceful, relaxing day for themselves, as well. A trip to any of Israel’s bordering seas — Red, Dead, or Mediterranean — is an excellent choice, but preparations should be made to reach the shores before Shabbat dinner Friday night.