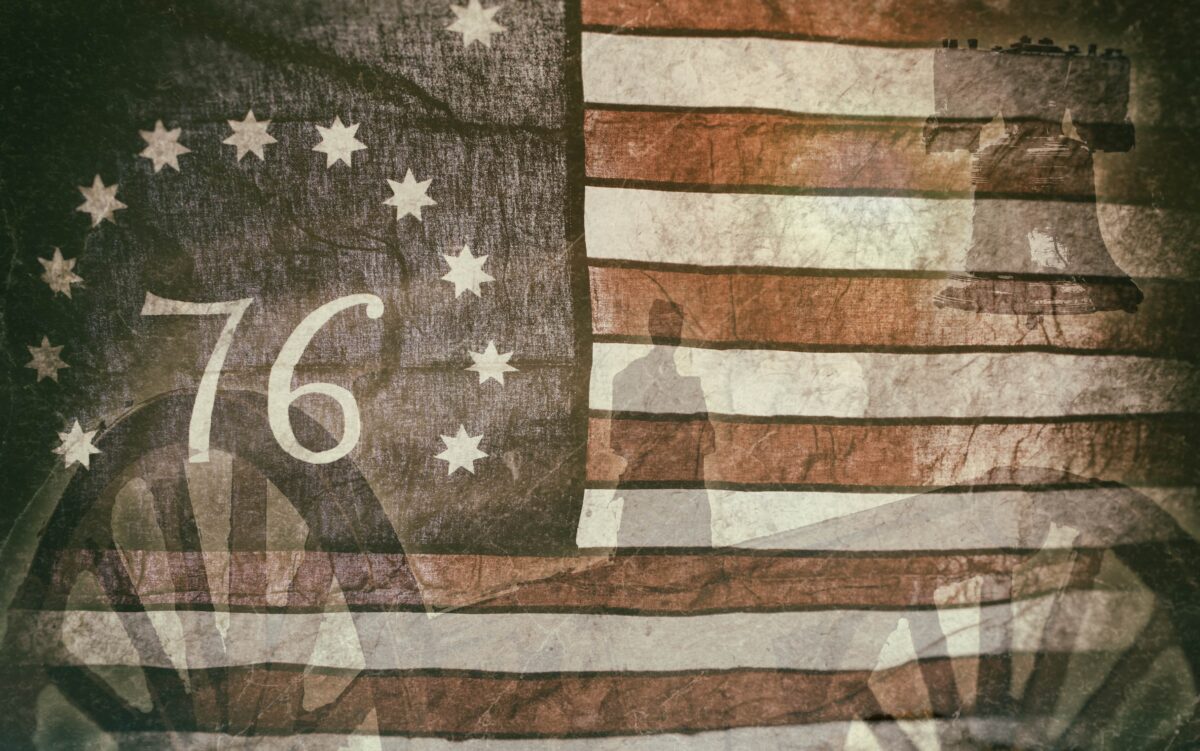 What Were They Fighting For? The Stories Behind Early Americans’ Motivation to Join the Revolutionary War

The many motivations behind the American Revolutionary War
BY W. Kesler Jackson TIMEJune 1, 2022 PRINT

Modern American society still talks about and references the American Revolution all the time. Its battlefields are well preserved and marked, its literature is still invoked in modern political campaigns and speeches, its symbols and quotes and prominent figures are everywhere in stone and bronze and steel and ink—at least for now. Perhaps the individual motivations for participation in violent struggle were as numerous as the individuals who participated. On a certain level, then, asking, “What were they fighting for?” is only inviting inevitable oversimplification. Even so, an attempt to spell out some of what provoked men and women to shoot at each other (or to support others in the endeavor) may serve to at least demonstrate the wide range of impulses driving the American Revolutionary War. War, like other historical phenomena, is complicated. It’s muddy.

Letters were exchanged throughout the war between Massachusetts shoemaker Joseph Hodgkins, a Minuteman leader and veteran of Bunker Hill, and his wife Sarah. In April 1776, he wrote Sarah, “I am willing to serve my country in the best way and manner that I am capable of, and as our enemy are gone from us, I expect I must follow them. … I would not be understood that I should choose to march, but as I am engaged in this glorious cause, I am [willing] to go where I am called.” Hodgkins would go on to fight at the Battle of Long Island, the Battle of Harlem Heights, the Battle of White Plains, the Battle of Trenton, and the Battles of Saratoga. Hodgkins left his wife and children alone—often to Sarah’s chagrin—in order to “serve [his] country,” i.e. Massachusetts.

John Greenwood was a 15-year-old from Boston, recently apprenticed to his cabinetmaker uncle when the Battles of Lexington and Concord occurred. These events, he wrote later, made him “afraid [his family back in Boston] would all be killed by the British”—so he walked the 150 miles of mostly wild country back home, offered free quarters along the way when he explained he was “going to fight for my country.” Boston was inaccessible when he arrived, and so young Greenwood instead enlisted in the 26th Massachusetts Regiment as a fifer in defense of the “Patriot” cause. On the way to join the battle at Bunker Hill, Greenwood later remembered, “a [black] man, wounded in the back of his neck, passed me and, his collar being open and he not having anything on except his shirt and trousers, I saw the wound quite plainly and the blood running down his back. I asked him if it hurt him much, as he did not seem to mind it. He said no, that he was only to get a plaster put on it and meant to return. You cannot conceive what encouragement this immediately gave me. I began to feel brave and like a soldier from that moment, and fear never troubled me afterward during the whole war.” Greenwood fought for family and country—that is, Massachusetts.

Margaret Corbin, of Irish stock, was from frontier Pennsylvania. At age 5, she survived an American Indian raid on her home that saw her father killed, her mother kidnapped (and never seen again), and herself and her brother orphaned. Sixteen years later, Margaret married a Virginia farmer named John Corbin, who went on to enlist as an artilleryman in the “Patriot” cause. Not content to stay home, Margaret (like many soldiers’ wives) became a “camp follower.” She was especially useful because she was a nurse. The camp followers cared for sick or wounded soldiers, cooked, did laundry, and helped in any way they could. During battle, some of these camp followers became “Molly Pitchers,” a nickname for those who carried water to thirsty soldiers (or to cool down overheated cannons) in the midst of the fighting. As a nurse, Margaret was allowed to join her husband at Fort Washington (situated at the northern end of Manhattan Island), where she watched him die manning a cannon during a British assault. Margaret reportedly jumped immediately into her husband’s place, working the cannon—until she herself had been shot in the arm, chest, and jaw. Margaret was captured by the British but, as a wounded soldier, released. She never fully healed, and she later received a military pension. Margaret Corbin fought for family and country.

In a speech in Boston marking the fourth anniversary of the Boston Massacre, John Hancock revealed some of his own motivations when he took aim at those who had perpetrated that “inhuman deed.” Asked he, “Do not the injured shades of Maverick, Gray, Caldwell, Attucks and Carr [that is, the five killed in the Massacre], attend you in your solitary walks, arrest you even in the midst of your debaucheries, and fill even your dreams with terror?” His was an impulse born of perceived violent injustice, his purpose “liberty.” The American colonists “fight for their houses, their lands, for their wives, their children, for all who claim the tenderest names, and are held dearest in their hearts, they fight … for their liberty, and for themselves, and for their God. … I have the most animating confidence that the present noble struggle for liberty, will terminate gloriously for America.”

The Virginia Declaration of Rights (adopted June 12, 1776), later used by Jefferson as he composed the opening sections of the Declaration of Independence—and used by other colonies as well to make similar statements, and to write their own separate bills of rights—was primarily written by Virginia planter George Mason. It would later serve as the basis for the federal Bill of Rights. “Government is, or ought to be, instituted for the common benefit, protection, and security of the people, nation or community,” the Virginia Declaration declared, “[and] whenever any government shall be found inadequate or contrary to these purposes, a majority of the community hath an indubitable, unalienable, and indefeasible right to reform, alter or abolish it, in such manner as shall be judged most conducive to the public weal.” The people “have a right to uniform government; and therefore, that no government separate from, or independent of, the government of Virginia, ought to be erected or established within the limits thereof.” The “blessings of liberty,” Mason insisted, “can be preserved [only] by a firm adherence to justice, moderation, temperance, frugality, and virtue and by frequent recurrence to fundamental principles.” For Mason, the Revolution was about establishing a free government in Virginia.

Perhaps more than anything else, then, the revolutionaries fought for local self-government. And, indeed, on a historical level, local self-government made sense for the colonies (now “States”). They’d grown up separate and separately, each developing as a distinct community or network of communities. This variation was especially marked from region to region. For almost 200 years, whenever Britain’s Parliament, or monarch, had attempted a sort of consolidation, the colonies had rebelled. Boston men had no desire to be roped into a polity with New Yorkers, nor ruled by Virginians—and certainly not by Britons on the other side of the ocean. South Carolinians wished to make their own laws, rather than be dictated to by some far-away government. The same could be said for every other colony. One could argue that such localism (the seed of a future federalism) had been developing ever since the first English colonist set out for the “New World.”

Many tens of thousands chose to fight, to kill—to avenge past crimes, to defend their “country” against a “foreign” enemy, to escape tyranny (or simply because they “burned with hatred toward all tyranny”). Some fought to defend family, home, land, some “for their liberty,” some out of “duty,” others for pay, still others for adventure. Some hoped to preserve ownership of land granted by the Crown, while others hoped to deprive their neighbors of that ownership. Some fought to resist ever-increasing British aggression, or ever-increasing colonial encroachment, or to protect their “inherent” or “unalienable” rights, or to restore tribal lands. Some fought for their own freedom from slavery, or to free others from slavery, or to avenge the crimes of chattel slavery. Some fought for the prospect of a glorious future America, while others found virtue in “serving” freedom, “to live or die for it.”

Perhaps most of all, American revolutionaries fought to establish local self-government as citizens of “Free, Sovereign and Independent States.”