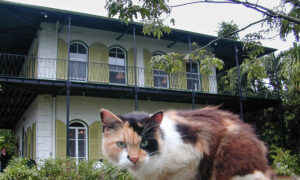 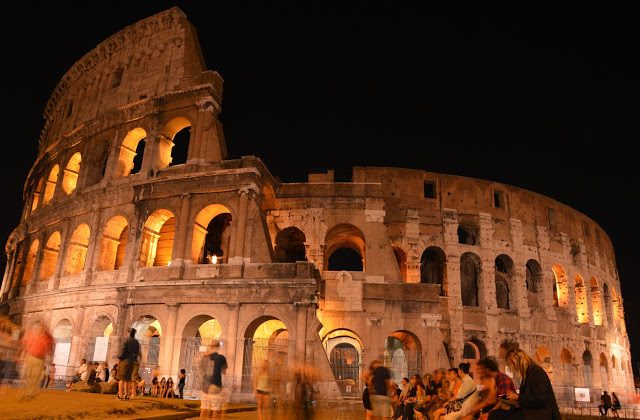 The ancient city of Rome – the cradle of one of the greatest civilizations in human history boasts beautiful architecture, numerous museums and countless still standing today monuments, columns and buildings that witnessed the most important events of the Roman Empire at its greatest extent.

Rome doesn’t need to be introduced or presented in any way – it’s so well known around the world, not only in history classes but also in media, movies and entertainment. It’s visited by literally swarms of tourists every day.
The Italian capital wasn’t my final destination, I intended to visit the ancient cities of Pompeii and Herculaneum that were covered by volcanic ashes and mud after the eruption of the mount Vesuvius in 79 AD. However, I arrived to Rome first and had two days to walk around.

Two days is clearly not enough to visit all the attractions of the city, but, if you are not afraid of walking a lot it is possible to admire some of the most important sights in the center and can even do it on a budget.

I dislike overcrowded places, especially when they are full of tourists, and Rome, as one of the most touristy cities on this planet, turned out to be both an amazing gem full of ancient stuff which I love as well as a nightmare considering the time wasted in the never ending lines in front of the ticket offices to the main attractions. Also, taking a good photo, without colorful dots made of tourists stuck to the most beautiful architectural details requires a lot of patience and time. And, when you have only two days it may be frustrating. However, Rome is well worth visiting, even just for the sake of seeing with your own eyes and visiting the ancient sites in which our western culture has its roots.

Accommodation in Rome, as you would guess, is easily available in all standards, and the budget accommodation, hostels, b&b are reasonably priced. I booked a private en-suite double bedroom right in the city center, next to the main train station Roma Termini for about 20 EUR (27 USD) per person per night. The staff was a bit unpleasant to deal with, we also found out that we had to pay extra – some sort of a city tax but the room was brand new and clean, just like in a good hotel.

What to see in Rome in 2 days

Starting from the main Train Station – Termini, on the first day I visited the ancient heart of Rome: The Roman Forum, Palatine Hill and the most famous trademark of the city – the Colosseum. It takes about 45 minutes to walk from Termini to the Roman Forum. Along the way, right after leaving the terminal you will already be amazed by the architecture. Most of the buildings, even the plain ones, have warm colors and many beautiful decorative details. Even before reaching the strict ancient center of Rome, there are a few sites worth stopping by.

Piazza della Republica, just a few minutes walk from the Termini station is a beautiful, semi-circular city square (similar to many others in Rome). In the center of the piazza, there is the fountain of Naiads with four statues of the nymphs.

Santa Maria degli Angeli – Basilica of St. Mary of the Angels lies on the northern side of the square. Initially, at first sight, it doesn’t resemble a church. This is because of the interesting fact that the ruins of the baths of Diocletian were turned into the basilica by the order of pope Pius IV in the sixteenth century. And the basilica is situated inside what once was the frigidarium – a pool with cold water ancient Romans used after taking a hot bath.

A few steps away from Piazza della Republica, you can admire Santa Maria Maggiore – Papal Basilica of Mary Major – the largest basilica dedicated to Mary. It dates back to the fifth century, inside you can still see original mosaics from that time. It is controlled by the Vatican City.

From Piazza della Republica, the easiest way to get to the ancient heart of Rome is to walk down Via Nazionale. It will take you straight to the ruins of Trajan’s Market (Mercati Traianei) – believed to be the oldest shopping mall in the world (built in 100-110 AD). From here, you can stroll around the heart of the Roman Empire – Trojan’s Forum and Forum Romanum are just a couple of steps away – directly opposite the greatest monument of the Ancient Rome – the Colosseum. The ruins look exceptionally spectacular after dark, when they are illuminated with bluish lights.

The Colosseum doesn’t require an introduction – it is known by virtually everyone. The most famous trademark of Rome seems even more magnificent when you see it with your own eyes. While entering this enormous monument, bear in mind that it was built 2000 years ago. Although partly destroyed and half-stripped of its outer side, after being plundered numerous times (the stone was used to build churches), it still gives a glimpse of its grandeur.

The Colosseum was the most important and complex project in antiquity initiated by Vespasian from Flavian dynasty, financed by the booty seized during the war in Judaea, inagurated by Titus in AD 80 and completed by Domitian who created underground levels of the amphitheater. The Colosseum was built on a part where Nero had had his private lake near his royal palace. Vespasian was different than Nero, he wished to show different politics – he wanted to be closer to the people and meet their needs. That’s why Colosseum became the arena for public shows, where people attended to watch various spectacles.

The amphitheater was 50 meters tall (165 ft.) and could hold as many as 75.000 spectators. It was also lavishly decorated with graffiti carved in the marble walls facing the steps. Pictures of games, hunting and gladiator fights were depicted there.

Forum Romanum, The Roman Forum, construction of which had started as early as the seventh century BC, was a very important place in ancient Rome – the heart of the city. It was surrounded by government buildings of different sorts as well as statues, sculptures and temples: the Temple of Vesta dating back to the seventh century BC. The square, located just beside the Colosseum, was the center of Roman public life: processions, elections as well as criminal trials.

Unfortunately, not much is left preserved from this ancient site today. Just a few columns still standing and some foundations of the walls of the buildings. If you wish to experience what Roman life was like, you should head south to the bay of Naples where the entire cities of Herculaneum and Pompeii were discovered only a few hundreds years ago and are ideally preserved: the baths and many of the buildings still have original roofs and also, in Herculaneum, wooden doors and steps can still be admired to this day.

The Palatine Hill, the most important of the seven hills of Rome occupies a huge part of the sites of ancient Rome consisting of the Colosseum, the Roman Forum and the Palatine Hill itself.

It is believed that the modern word “palace” has its origins in the name “Palatine”. It sounds similar nowadays in many European languages, for example: palace in English, palacio in Spanish, palazzo in Italian, palác in Slovak, etc…

Indeed, Palatine Hill can be described as one enormous complex of palaces and royal buildings. Among them, there are Flavian Palace, House of Augustus and recently excavated House of Livia. It also contains what is now believed to be a sort of a stadium and remains of royal gardens.

Rome itself originated on the Palatine Hill, where people settle down as early as 1000 BC. According to the legend in Roman mythology, the cave where Romulus and Remus were kept alive by the she-wolf was located on the hill.