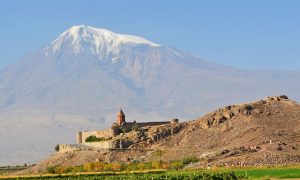 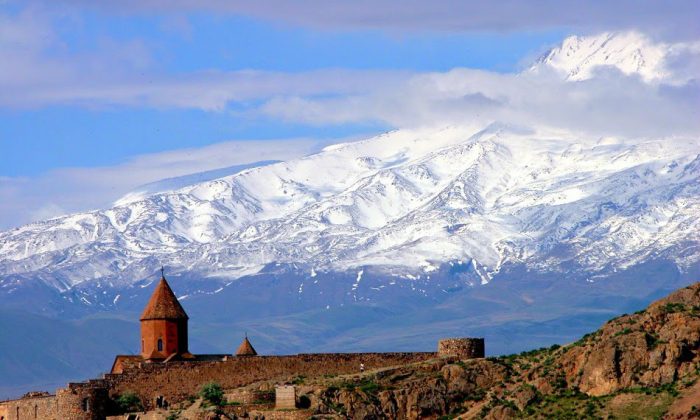 What to See and Do in Armenia

Armenia is called “a museum under the open sky” because it is rich of historical and natural monuments. There are lots of beautiful mountains, rivers, and lakes. Especially we should note Lake Sevan – the pearl of Armenian nature. This freshwater lake is located between mountain ranges at an altitude of 2000m above sea level. The natural landscape here varies from alpine meadows and dense forests to golden steppes and rocks. Not far from the lake we can see Sevanavank monastery built from the black volcanic tuff in the 8th century.

Christianity came to Armenia in 301 when the king Trdat III proclaimed it the state religion. This date is considered one of the most important as Armenia became the first Christian nation in the world. Nowadays the country has so many ancient architecture monuments, which remind of this important event.

Armenia is famous for its temples and churches, which are more than 1000 years old. The most important are monasteries Haghpat, Sanain, Geghard, Khor Virap, Tatev, Noravank, the Cathedral of Holy Echmiadzin, the churches of St. Gayane and St. Hripsime. This is must see temples and churches when you travel to Armenia

The monastery complex of Geghard includes monastic cells, tombs, temples, and caves, carved into the rock. If you cross the stream and climb up the path, you will see a stunning view of the entire monastery complex.

The monasteries of Haghpat and Sanahin were built in the 10th century and are located 10km away from Alaverdi town. In 1996, they were included in the UNESCO list of World Heritage.

Vagharshapat town is famous for the Echmiadzin Cathedral, which was built in 303 (just after the adoption of Christianity). The monastery is the seat of the Catholicos of all Armenians. The cathedral keeps many Christian holy relics: the spear, which is considered the weapon that pierced Jesus during his crucifixion, some parts of the cross and the crown of thorns placed on the head of the Christ. The courtyard of the monastery is covered by unique khachkars.

For the best view of Ararat Mountain we offer going to Khor Virap Monastery located not far from the Turkish border, on the site of the ancient capital of Armenia – Artashat. In the dungeon of the monastery Armenian king Trdat III incarcerated St. Gregory the Illuminator for 13 years. When the king got ill only Gregory was able to heal him, after which Trdat not only accepted Christianity himself but declared it the state religion (301).

Not far from Goris town in 2010 the longest ropeway in the world was constructed. It was called “The rings of Tatev” and is situated at an altitude of 360 meters above the Vorotan gorge. This way leads to the famous Tatev Monastery (9th century).

The largest city in Armenia is its capital – Yerevan. In Yerevan, there are so many architectural masterpieces, as well as historical monuments! Here you can see the fortress city of Erebuni founded in 782 BC. That is why Yerevan is considered one of the most ancient cities in the world. You can walk around the fortress and try to imagine how this world looked like 3000 years ago.

The entire center of the city is a must for sightseeing: the Republic Square, the Opera House and Freedom Square, Matenadaran, the Park of Victory, Tsitsernakaberd etc. And while walking along Abovyan Street you will feel the spirit of old Yerevan. The buildings here are built of pink tufa, that’s why the capital is often called “the pink city”.

The best place for visiting is the Republic Square with its singing fountains. This territory is also famous for the History Museum and the Art Gallery with its rich collection of world known artists: Aivazovsky, Chagall, Kandinsky, Petrov-Vodkin, Repin, Briullov, Serov and even Rubens.

The Freedom Square is a center of entertainment. Here you will see the building of Armenian Academic Opera and Ballet Theatre, surrounded by cafes, nightclubs, and parks.

Directly behind the Opera House, is the territory of “Cascade” surrounded by interesting statues and structures of different spheres of art. This grandiose staircase made of milk tuff with fountains, flower beds and night illumination connects the upper and the lower town. The upper part of Cascade offers a fantastic view of Yerevan and Mount Ararat. Very often different live music concerts take place here in the open air.

Next to the Cascade there is a park of Freedom, where the huge statue of Mother Armenia is located. The park has a Military Museum, the collections of which are devoted both to the history of the World War II and the war with Azerbaijan over Nagorno-Karabakh. It is better to visit the park in the evening, as you will be able to take the “Ferris wheel” from which all the twinkling lights of Yerevan appear clearly.

The Museum-Institute of Matenadaran is a real sanctuary of ancient manuscripts. Its collection has more than 17 thousand manuscripts. History lovers can admire here the medieval manuscripts in silver and leather bindings.

In the end, we want to add that for the deeper understanding of Armenian culture and art you should try national Armenian dishes (for example, lavash) and listen to the music of the duduk – the most famous national musical instrument.