What Providence Has to Say about Shen Yun Symphony Orchestra 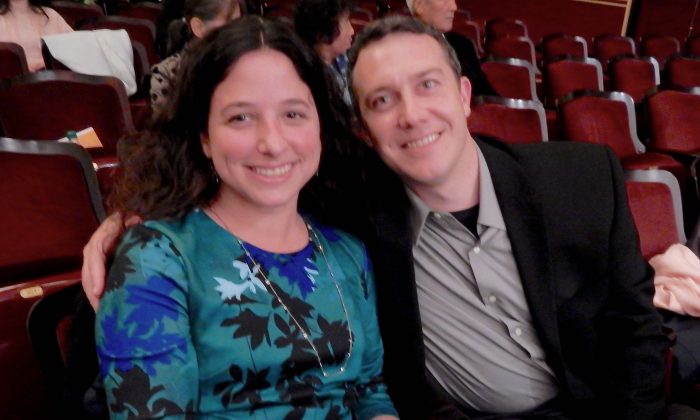 PROVIDENCE, R.I—The extreme talent of the players, the spiritual energy of what they heard, the pictures they envisioned while listening—these were the elements that concertgoers noted after hearing the final performance of Shen Yun Symphony Orchestra’s fall tour for 2015.

Although the orchestra has begun to tour on its own, bringing with it the sound of 5,000 years of divinely inspired Chinese culture, usually the Symphony Orchestra accompanies Shen Yun Performing Arts, a classical Chinese dance company that travels the world each year.

Thus, Shen Yun compositions were originally written for story-telling dances. Not surprisingly, audiences often see images when they listen to the orchestra.

“It’s fantastic. They’re painting a picture,” said Michael Carter, an IT manager who attended the concert at Veterans Memorial Auditorium on Oct. 31. He said he didn’t even know the titles of the pieces he listened to, but understood them all the same. “They take you from one place to another,” he said.

Rick Majercik, insurance supervisor for Mapfre, felt listening was like watching a movie. “Makes you feel really good,” he said.

For Joe Devine, president of Bridge Technical Talent, who attended with his wife, Debbie, some of the music brought to mind someone racing across the prairie.

When listeners were not visualizing images, they were amazed at the virtuoso playing.

“It’s crazy how talented she was,” said Mr. Devine. He was speaking of violinist Fiona Zheng who played “Gyspy Airs” by Pablo de Sarasate, one of the few Western pieces in the program.

“We were just listening and enjoying her music, watching how fast her fingers are moving. It’s crazy that people can move that fast, and the sound is so beautiful,” Mr. Devine said.

Other attendees had a similar impression of her playing.

“That was ridiculous,” said Mr. Carter, who was amazed at what he heard. “I’ve never seen a violin play like that before; she’s plucking, playing, she was crazy!” he said.

Joking, Mr. Carter said that she probably played the highest note possible for a violin.

These pieces struck the audience more deeply. Mr. Carter said that typically an orchestra has such a huge sound, but that the combination of Western and Eastern instruments makes it even fuller. “There’s another element on top of it that adds to the energy. Your ear hears it, and it’s like ‘What is that?’ and it’s fantastic,” he said.

Shen Yun’s website explains that both the Eastern and Western musical traditions are divine gifts to humankind, and the music resonates with listeners that way.

Mr. Devine described the Chinese sound amid the Western orchestra as inspirational.

And, Lee Esckilsen, a professor at Johnson & Wales University’s Center for Sports, Entertainment and Event Management, felt the concert’s spirituality.

Sometimes this spiritual energy was most apparent from the vocalists—two sopranos and a tenor—who sang original songs between the symphonic pieces.

Mr. Esckilsen mentioned the tremendous amount of energy and love for singing coming from the vocalists.

Also attending the performance, Viengsamay Maligna felt the power of the singing as well. She tried to express what she felt about them but said she couldn’t. Instead she would invite others to see it and take in their own experiences.

Or some may just come back themselves: “This is something that I looked forward to for quite some time, and I was very happy that I could make it. I would definitely come back again,” Mr. Esckilsen said.

With reporting by Stacy Chen and Sharon Kilarski