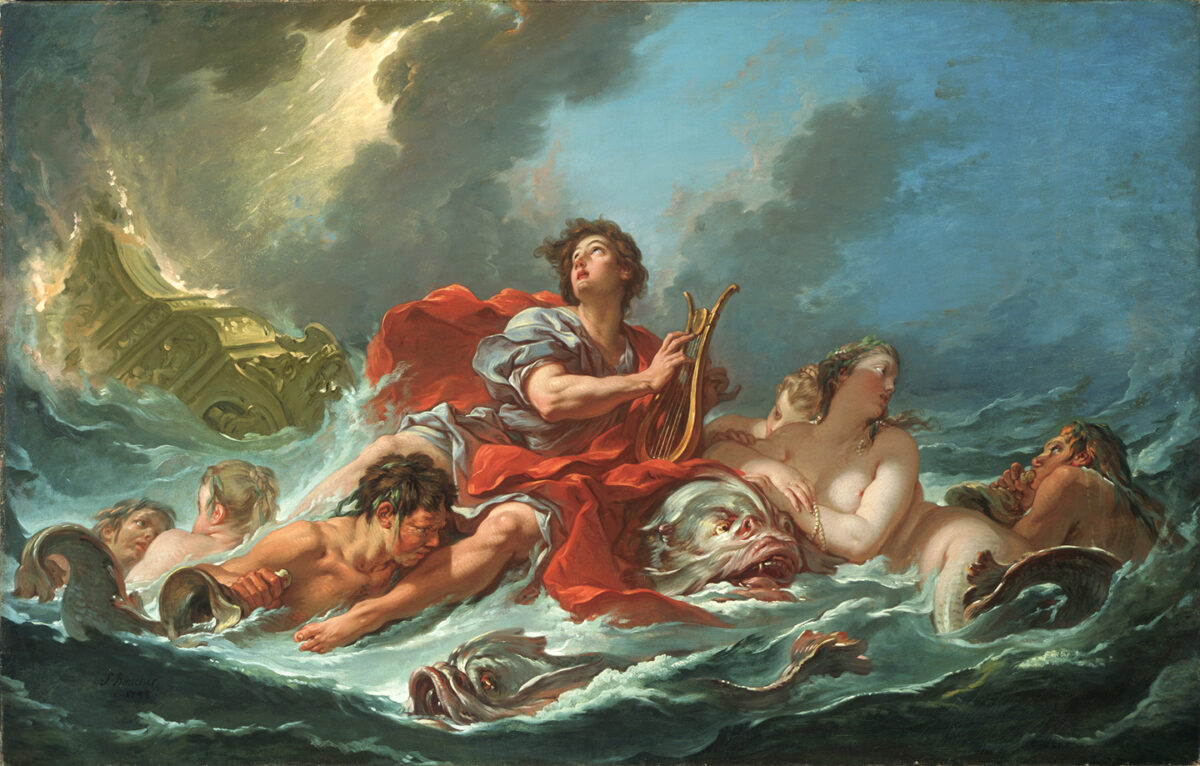 What Good Is Poetry? Wordsworth’s Lament in ‘The World Is Too Much With Us’

One way or another, people must make sense of the world, but how they come to that understanding begs the question of what it means to understand something. Does understanding hang on things like structure or significance or something else altogether?

Poetry is one way to come to an understanding of things on several levels. Derived from the Greek “poiesis,” meaning “to make,” poetry makes rational, emotional, and spiritual connections between physical and metaphysical reality, helping us to understand that the physical functioning of matter is not all that matters. There are deeper functions and higher forces that cannot be captured by equations or definitions.

Consider the sonnet “The World Is Too Much With Us” by William Wordsworth:

The world is too much with us; late and soon,
Getting and spending, we lay waste our powers;—
Little we see in Nature that is ours;
We have given our hearts away, a sordid boon!
This Sea that bares her bosom to the moon;
The winds that will be howling at all hours,
And are up-gathered now like sleeping flowers;
For this, for everything, we are out of tune;
It moves us not. Great God! I’d rather be
A Pagan suckled in a creed outworn;
So might I, standing on this pleasant lea,
Have glimpses that would make me less forlorn;
Have sight of Proteus rising from the sea;
Or hear old Triton blow his wreathèd horn.

With this piece, Wordsworth shows the function and power of poetry: to identify those things that lie beyond the expression of discreet quantity and quality and give them a presence and a purpose that rise above the noise of an industrialized, science-saturated society.

Many people nowadays subordinate spiritual exercise to the acquisition of knowledge that is purely functional and utilitarian, and this is precisely what Wordsworth’s sonnet bewails. There are essential mysteries of the heart that defy market mentalities and social or scientific systems. But how to express that?

Their expression begins with the poetic.

From Matter to Something More

English author D.H. Lawrence posited that to call the sun a ball of burning gas is to resist the vital power of the sun. “To the scandal of physicists,” he said, “whatever the sun is, it is not a ball of flaming gas.” By this, he meant that the sun is essentially more than its composition, as are all things that exist.

Sometimes allowing for more than the physical, even if it means allowing for the fantastic, is truly important. In other words, it is more important to look at the sun and think about God than about gas. In the former lies the poetic power of the sun, a power that Wordsworth says the world is out of tune with.

The world is a materialist world and has lost touch with the symbolic side of reality, lending itself instead to the idea that only matter—what is commonly called “stuff”—matters, and that the mere having of things, even to excess, is paramount in this life. Thus, much of the appreciation for the subtler things, the spiritual things, has been sacrificed on a worldly altar of affluence.

Those who share Wordsworth’s assessment should dare to resist and reverse the crisis of “getting and spending” by boldly embracing the beautiful things that make life worth living. These are often the things worth doing for their own sake and are enriching instead of just time-consuming.

The World We Have Lost

Wordsworth shakes us with the might and majesty of poetry, with howling winds and sleeping flowers and the seductive sea, providing a philosophical and theological platform rooted in wonder. It rises above the accumulation of facts to the interconnectedness of all subjects understood in their proper relation to one another—where one might see majestic gods moving over the waters instead of the dull vessels of commerce.

Poetry is the creative utterance of the mystical sense of creation. It expresses our sensitivity to creation. As such, nature can serve as a poetic portal to supernatural contemplation—what many have held and still hold to be the highest of all human acts, despite the way the world and its workings overwhelm us.

Poets like Wordsworth, together with the powers he invokes, urge a different, deeper worldview than the one championed today. And poems like “The World Is Too Much With Us” invite the contemplation of the symbolic nature of the world as it struggles against materialist fixation, and strives for the beautiful, yet difficult, balance of body and soul.