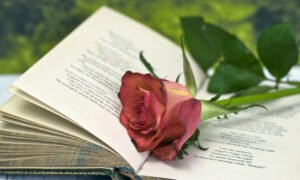 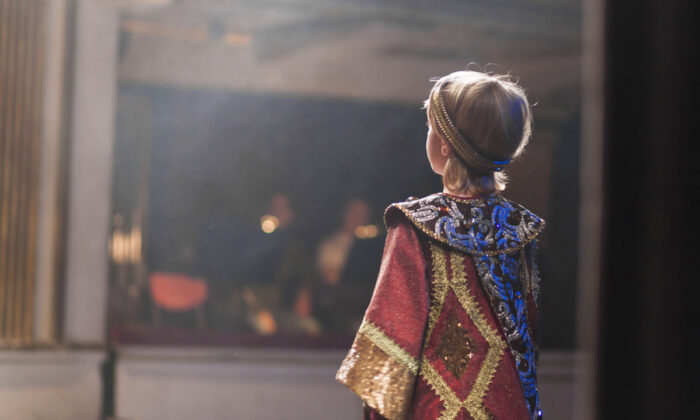 From cradle to grave, we take on roles. (aerogondo2/Shutterstock)
Literature

What Good Is Poetry? Shakespeare’s ‘The Seven Ages of Man’: A Definitive Work

The whole point in human beings’ reading, writing, and memorizing poetry is to become more human.

As the beating heart of the humanities, poetry measures the meters of existence, bringing us into closer contact with who we are as humans—as knowers and lovers. And the more we know about the human experience, the more in tune and in love with our humanity we become.

There is one poem in particular that achieves this, presenting, as no other poem ever has or ever will, the seven stages that constitute the human drama.

All the world’s a stage,
And all the men and women merely players;
They have their exits and their entrances;
And one man in his time plays many parts,
His acts being seven ages. At first the infant,
Mewling and puking in the nurse’s arms;
And then the whining school-boy, with his satchel
And shining morning face, creeping like snail
Unwillingly to school. And then the lover,
Sighing like furnace, with a woeful ballad
Made to his mistress’ eyebrow. Then a soldier,
Full of strange oaths, and bearded like the pard,
Jealous in honour, sudden and quick in quarrel,
Seeking the bubble reputation
Even in the cannon’s mouth. And then the justice,
In fair round belly with good capon lin’d,
With eyes severe and beard of formal cut,
Full of wise saws and modern instances;
And so he plays his part. The sixth age shifts
Into the lean and slipper’d pantaloon,
With spectacles on nose and pouch on side;
His youthful hose, well sav’d, a world too wide
For his shrunk shank; and his big manly voice,
Turning again toward childish treble, pipes
And whistles in his sound. Last scene of all,
That ends this strange eventful history,
Is second childishness and mere oblivion;
Sans teeth, sans eyes, sans taste, sans everything.

From William Shakespeare’s “As You Like It,” this famous of famous passages spoken by melancholy Jaques deals with the shifting stages of life, as proceeding from infancy to the schoolchild, to the adolescent, to the youth, to the middle-aged, to the aged, and finally to dotage and dusty death. In these are captured, in just a couple of deftly penned lines each, a character that captures an age—a stage of life on the stage of the world—who comes and goes with entrances and exits in a vast, sweeping spectacle of temporal and eternal moment.

And the realities it reviews are familiar even as they are fantastic. In this poem, every man, woman, and child will see themselves and all whom they know, flashing like faces in a mirror. It proceeds from the familiar to fresh delights in the procession of Shakespeare’s world stage. And while one of the poem’s arresting points is its jabs—puking and whining and sighing to quarreling and swelling and shriveling—the comic-tragic role of man is on full display here, as he is in Shakespeare’s other immortal theater-to-life analogy, from “Macbeth”:

Life’s but a walking shadow, a poor player,
That struts and frets his hour upon the stage,
And then is heard no more. It is a tale
Told by an idiot, full of sound and fury,
Signifying nothing.

“The Seven Ages of Man” stands as an instance of the truth that few things in life, brief as it is, are really worth knowing. In fact, few books in the mountains upon mountains of pulp are actually worth reading. And few passages of poetry in the sea of trash are worth carrying in your heart. The world may be a stage, but it is a cluttered one, choked with garbage and drivel, and we all have our work cut out for us in crossing its boards.

This is one of the poems worth knowing, one that got something done for all the ages, articulating for once and for all the seven stages of human existence. It is definitive, surpassing the finite nature of its maker and becoming an eternal standard set in the cosmos of human creation. It is worthy of encountering again and again for whatever time may be left for the world and its revolving players—until all things are sans everything.

Until that time, all stages of life can be stages of delight finding expression in the art that gets at the essence of everything: poetry.