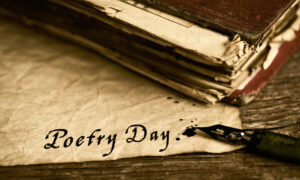 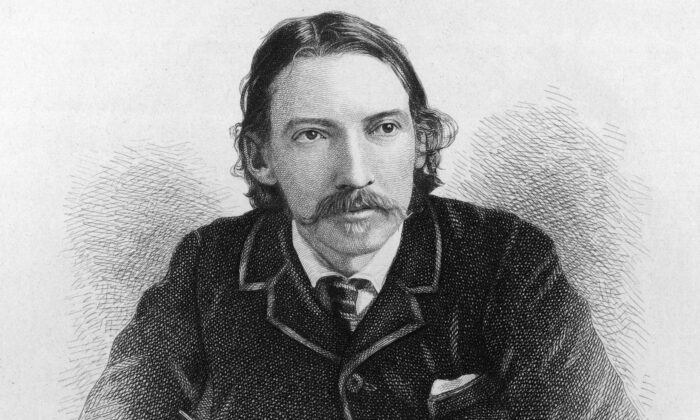 What Good Is Poetry? Robert Louis Stevenson’s ‘Requiem’: A Kind of Homecoming

A white tomb overlooks the sea on a mountain in Samoa. It is the final resting place of one the natives called “Tusitala,” the Teller of Tales. Dead men tell no tales, and so it is for this man who told of pirates, knights, and swashbucklers: Robert Louis Stevenson. But his tales live on, despite the silence that hovers smilingly over his grave.

Set into the hard marble of this solemn sepulcher is a weathered bronze plaque presenting a very cheerful bit of poetry.

Under the wide and starry sky,
Dig the grave and let me lie.
Glad did I live and gladly die,
And I laid me down with a will.

This be the verse you grave for me:
Here he lies where he longed to be;
Home is the sailor, home from sea,
And the hunter home from the hill.

These are the parting words, the last conclusion, of the Scottish storyteller. After a lifetime of struggle to quit his bed and live out the appetite for life that he could only write about, Stevenson sailed to Samoa, in weary pursuit of a climate that would agree with his fragile and failing constitution.

It was there—as he was speaking to his wife, Fanny, and opening a bottle of wine—that Stevenson collapsed and finally came to rest in 1894 at the age of 44. And thus came about the publication of the poem he wrote for his epitaph, titled “Requiem,” the Latin word for “rest.”

Robert Louis Stevenson’s graveyard verse is as lively as any melody in his collection “A Child’s Garden of Verses.” It has something of the steel that sparkles in “Treasure Island” and something of the strength that struts in “Kidnapped.” It holds part of the human paradox, as “The Strange Case of Dr. Jekyll and Mr. Hyde” held another, and part of the fateful culmination of “The Master of Ballantrae.” It is a good poem because, like so many of his stories, it is about something good.

What makes this poem good is that it is nostalgic, both in its meaning and its effect. All good poems are nostalgic in the sense that they bring us home to some truth—the word “nostos” meaning a “heroic homecoming” in Greek.

Good poetry returns us to a place or perspective that has proper proportion to the human imagination and intellect. They return us to some place where we belong and have somehow wandered away from, perhaps without even knowing it, making our experience a kind of homecoming, which is one way in which knowledge can be called poetic.

This homecoming can also be applied to the understanding of death when it comes for one who has lived fully and fruitfully. Death, for the good man, is nostalgic, as strange as that may sound. This world is home for no man. We are all just passing through.

Despite the grim connotations of the reaper who reaps among the flowers, death is a well-earned and well-deserved sleep for a tired man; the grave is as a bed. There are, of course, various strains of theology that argue that death is when life really begins. Life is labor, but if it be a labor of love, then death is nothing more than a rest, a requiem.

In his lovely biography of Stevenson, G.K. Chesterton wrote:

“He died swiftly as if struck with an arrow and even over his grave something of a higher frivolity hovers upon wings like a bird; “Glad did I live and gladly die,” has a lilt that no repetition can make quite unreal, light as the lifted spires of Spyglass Hill and translucent as the dancing waves; types of a tenuous but tenacious levity and the legend that has made his graveyard a mountain-peak and his epitaph a song.”

So is the optimism of Stevenson set in stone with a permanent playfulness, as Chesterton intimates. “Requiem” is a fitting stop, a fitting rest, for such a tireless teller of the stories of life. It gives a congenial and confident perspective of death by dismissing the horror of the hereafter and dwelling on the hope of a homecoming.

But the fact of the poem is that, for the life well-lived, death is something as welcome and wonderful as home. So may it be, and may each and every one of our epitaphs read, “Glad did I live and gladly die.”

Sean Fitzpatrick serves on the faculty of Gregory the Great Academy, a boarding school in Elmhurst, Pa., where he teaches humanities. His writings on education, literature, and culture have appeared in a number of journals including Crisis Magazine, Catholic Exchange, and The Imaginative Conservative.