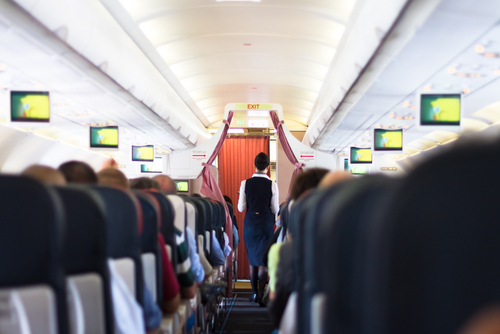 What Does it Mean When a Flight Attendant ‘Dusts Crops’?

Basically, flight attendants are told to pass gas while walking up and down the aisles. This allows it to disperse a little more instead of being condensed in one spot.

Due to pressure change as airplanes increase altitude, intestines expand and flatulence results. Health officials recommend flyers pass the gas instead of holding it in, and flight attendants are no exception.

Registered nurse Jennifer Budd wrote in an article for Yahoo News that she recommends passing gas while on an airplane, but doing it as discreetly as possible. She suggests activated charcoal underwear liners to absorb the odor.

Cutting down on foods that cause flatulence is also a good idea.

RELATED: 20 Foods That Cause Flatulence

*Image of a flight attendant via shutterstock