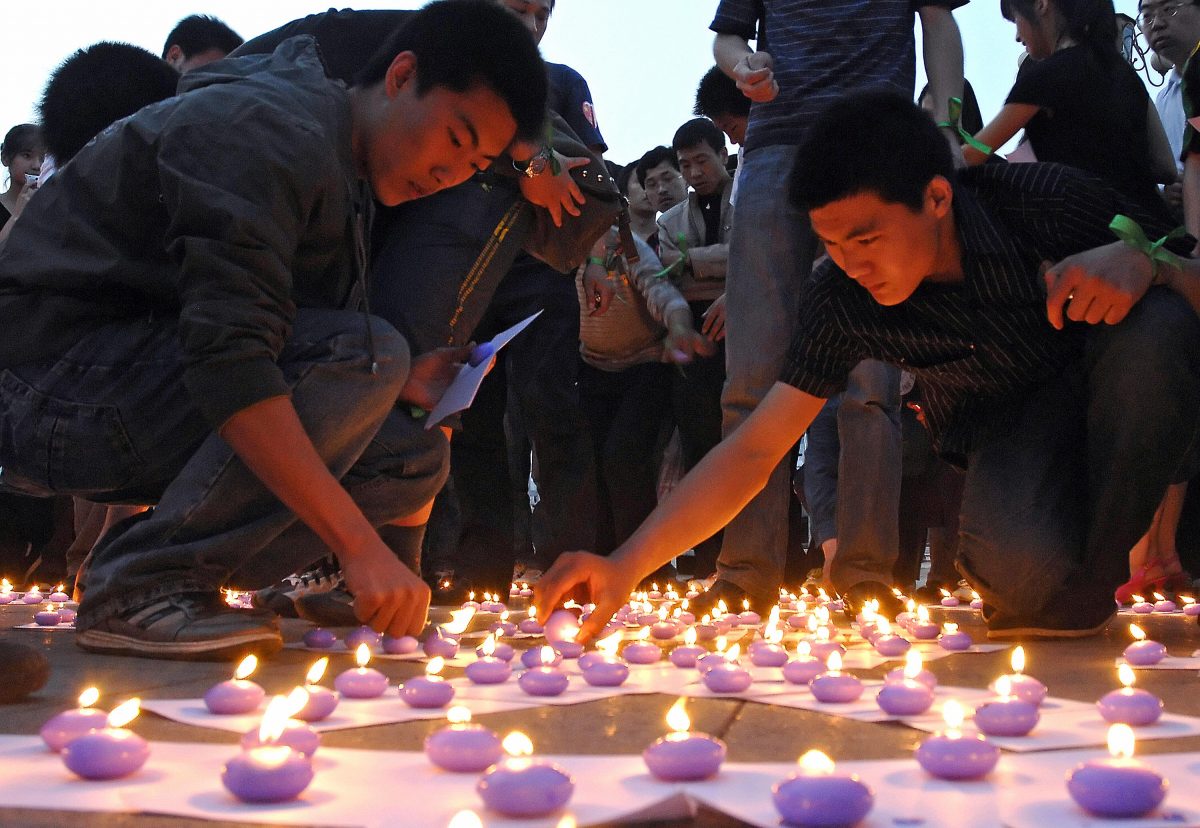 Chinese volunteers light candles at the Tangshan Earthquake Memorial Square during a memorial ceremony for the Sichuan earthquake victims on May 21, 2008. (Simon Lim/AFP/Getty Images)
People

What Does Death Feel Like? Earthquake Survivors Report Pleasant Feeling

On July 28, 1976, the monstrous Tangshan earthquake caused more than 240,000 fatalities and 160,000 serious injuries. Medical workers in China did case studies on the survivors, most of whom had been buried under the rubble of collapsed buildings, to try and find out whether they had near-death experiences, and if so, how they felt.  The results were published in the journal Popular Medicine, Issue 5 (1993).

According to their recollections, more than half of the survivors reported that during the time they were in danger, not only were they not afraid, on the contrary, their minds were clear, calm and comfortable. In such a dangerous situation, there was no panic; some people even had feelings of happiness and thoughts running rapidly through their minds. Many different thoughts came up. At this moment, things that had happened in their earlier lives kept flashing back like a movie and the scenes were mostly happy ones. The recollections were of such things as funny moments during childhood, wedding ceremonies, and achievements and awards from work. This phenomenon is called life retrospection or “full-scale recollection.”

Even stranger, close to half of the people had the feeling and awareness that their consciousness or soul had left their bodies. Some of the people equated this with “the soul coming out from the shell.” They stressed that they had felt their supernormal capabilities were in another dimension outside their bodies, and not inside their brains. They thought that their physical bodies neither had these abilities nor the ability to think.

About one-quarter of those surveyed experienced encountering incorporeal beings, or ghosts. Most of these unsubstantial beings were their relatives who had passed away. It was as though they had gone together to another world and continued to live there. Or, they saw living friends or even strangers. It seemed like a reunion. These “ghost-like” figures were sometimes described as being in some sort of “light” form. Some people looked at them as having been “transformed” according to concepts in religion.

From the survivors of the Tangshan earthquake, inquiring researchers came up with 81 useful survey interviews. They classified the experiences into 40 categories: looking back at one’s life, the separation of the consciousness and the body, feeling of weightlessness, feeling strangeness in one’s own body, feeling abnormal, the feeling of departing from the world, the feeling of one’s body being united with the universe, the feeling of time’s nonexistence, and many more. The majority of these people experienced two or more feelings at the same time.