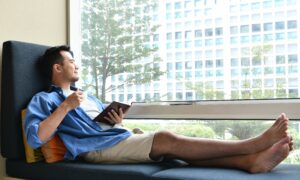 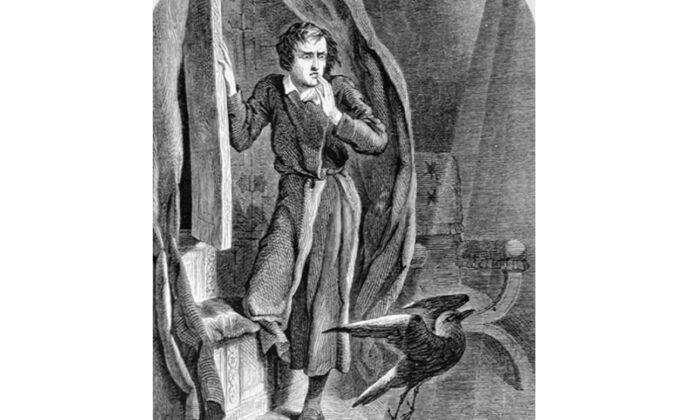 What Can Poe Teach Our Teenagers?

Edgar Allan Poe was “doomed to seethe down his soul in a great continuous convulsion of disintegration, and doomed to register the process.” So wrote English author D.H. Lawrence with a shudder, and this statement drives at the significance of Edgar Allan Poe’s influence and unique literary importance, though his writings are often dismissed as sensationalist gothic sideshows.

As childhood is doffed and the inky cloak of young adulthood is donned, perceptions can shift to realms of solitude and secrecy where truth has been somehow lost. The adolescent feels suddenly estranged and frequently filled with longings for an immortal good that has not yet been reached. Beauty becomes elusive and inaccessible, the subject of impossible dreams and desires. The skies can become shrouded by horror and the soul strangled by terror. This is the gloomy, velvet-purple world of Edgar Allan Poe; this is the world of adolescence, and it is a world everyone must draw out from in the process of education.

Edgar Allan Poe’s “great continuous convulsion” speaks very naturally and very intensely to the adolescent spirit—passion, love, hatred, murder, primal desires and fears, a desperate pursuit for meaning in a corrupt world. Poe is a storm of pleasures both pure and perverse and, as such, he appeals to youth. As such again, care must be taken not to mistake the pleasures of enriching the soul in the contemplation of the beautiful for the pleasures of entombing the soul in the contemplation of the baleful.

Take Poe’s immortal “The Raven,” for instance. In his dialogue with the diabolical raven, the forlorn lover becomes, in a way, the architect of his own damnation, choosing despair and madness with dramatic purpose. He intentionally drapes a pall over his life, and even the afterlife, in his grief over the lost Lenore. He is a fatalist who savors the sorrow of “Nevermore” with a mental masochism until that sorrow becomes a malevolent reality, forever denying the chance of happiness or salvation. So spins the maelstrom of adolescence with a sink-or-swim turbulence that serves to make boys and girls into men and women of conviction and confidence once the shadows are dispelled and defeated by the gathering light of a dawning intellect.

Though Poe offers an intense access to beauty, his is a brooding beauty. Nevertheless, his stories, though risky for their heaviness, invite the denial of those things that make men mad, and the refusal to succumb to the fascination of evil or the capitulation before woe. The tales of Edgar Allan Poe capture the adolescent trial, which education must take seriously. Adolescence is a search; adulthood is dealing with the discovery—and education must be the guide.

Poe’s tales, grim and brutal though they often are, provide an occasion to cope with the contradictions of the mind, so characteristic of adolescence, as it moves toward contemplation of metaphysical beauty. Stories such as “The Tell-Tale Heart” and “The Black Cat,” poems like “Annabel Lee” and “The Raven” offer what T.S. Eliot called the objective correlative: a criterion to identify and objectify the experience of stirrings that are almost too profound to understand or bear.

Though there’s a nightmarish intangibility in many of Poe’s gothic masterpieces—a vague sense of foreboding, a floating uneasiness, or a shadowy moodiness—this abstract aura always surrounds objects of a very concrete nature: bricks and mortar, cats and rats, spades and coffins, cutthroat apes and crippled dwarves, ravens and red masks, and antique houses with vacant, eye-like windows. Captured at once in the words of his title “Oblong Box,” Poe’s juxtaposition of the tangible and the intangible drives at the distinction between reason and madness, between reality and reverie, between hope and horror, giving young readers a chilling chance to demarcate these elements of the universe in tones that are often in keeping, that are sympathetic, with the melancholic adolescent spirit.

There is a dark side to human nature that education shouldn’t ignore, and one way to harness and heal it is to face it in vicarious experiences. In this way, the tales of Poe afford an Aristotelian catharsis, giving form, meaning, and outlet to things that are naturally grappled with in the coming of age. Such experiences, jarring though they may be, can be therapeutic in the rush to burst into the light of truth that glimmers at the end of a dark tunnel.

Nowadays especially, the tunnels are long, and the light at the end of them as distant as a cold star. Young people are living in an age of anxiety. The pressures of social media, drug culture, casual sex, woke agendas, and a systemic cynicism can only wreak havoc on awakening minds. Of particular cause for unhappiness and discomfort in the educational arena are the continuing panic-inducing pandemic problems requiring masks, distance learning, social stigma over vaccinations, and relative isolation from that personal connection where learning thrives. The stage has perhaps never been so set for adolescent darkness, and the struggle to face, fight, and conquer it is more of the teenage experience than ever, perhaps, in history.

This struggle dominates Poe’s tales of mystery, madness, and the macabre because it dominated his own tortured existence. Poe, for all his ugliness, however, believed in beauty; but he believed that beauty required a battle before it might be beheld. And those battles are not always won, but an education that addresses the needs and notions of the young in strains that can be understood as calculated to bring victory. In his essay “The Philosophy of Contemplation,” Poe wrote:

“That pleasure which is at once the most intense, the most elevating, and the most pure is, I believe, found in the contemplation of the beautiful. When, indeed, men speak of Beauty, they mean, precisely, not a quality, as is supposed, but an effect—they refer, in short, just to that intense and pure elevation of soul—not of intellect, or of the heart—upon which I have commented, and which is experienced in consequence of contemplating the ‘beautiful.'”

There arises in adolescents an appetite for principles as well as for pleasures, and this is a quality to be held and honed. Adolescence, together with adolescent education, draws awakening intellects and hearts to be both turned in on themselves and observant of outside things. This double preoccupation and perception become the educational effort to discover who we are and how we fit into our surroundings, deciphering the pit from the pendulum.

The phantasms of Edgar Allan Poe’s imagination are potent educational material for such reflections, for his stories wrestle with who we are as human beings, engaged in the seemingly irreconcilable problem of evil. Poe is a guide to find and contemplate that one elusive beauty that will hold life together and make it meaningful forevermore, and his voice should be heard and heeded in the realm of education evermore.