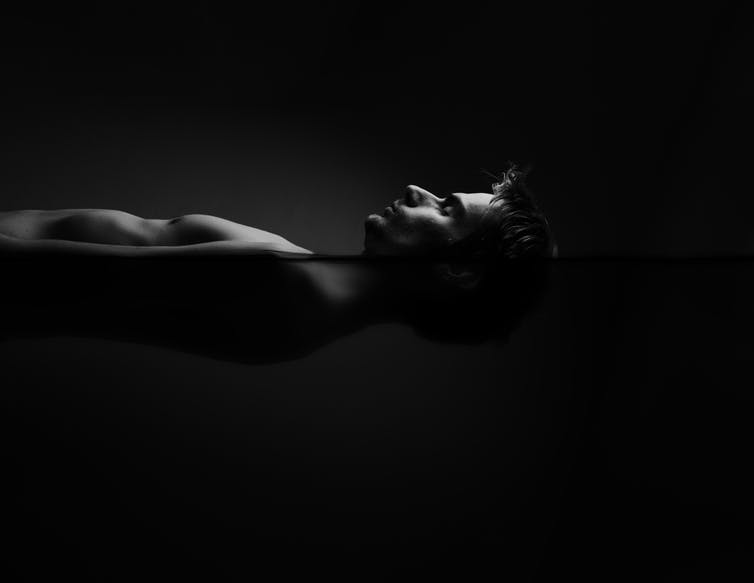 Being isolated in total darkness has many physical and psychological consequences, though can be therapeutic as well. (Vlue/Shutterstock)
Wellness

What Are the Effects of Total Isolation?

Being alone is the dark is uncomfortable and can be psychologically dangerous
BY Sarita Robinson TIMEJanuary 15, 2019 PRINT

Imagine being confined to a small, dark room, with no social interaction whatsoever for 30 days. Not many people would jump at this opportunity. But, in November 2018, a professional U.S. poker player Rich Alati bet $100,000 that he could survive 30 days alone and in total darkness. He was kept in a small, completely dark room with nothing but a bed, fridge, and bathroom. Even with all the resources he needed to survive, Alati couldn’t last the month. After 20 days he negotiated his release, taking a payout of $62,400.

There are countless negative effects that social isolation and extreme isolation can have on our minds and bodies. Alati was no exception, reporting that he experienced a range of side effects, including changes to his sleep cycle, and hallucinations. But why is isolation so difficult for humans to withstand?

One of the reasons that living in isolation is difficult is because humans are social creatures. Many people that have lived in isolated environments—such as researchers stationed in Antarctica—report that loneliness can be the most difficult part of the job. Yossi Ghinsberg, an Israeli adventurer and author who survived weeks alone in the Amazon, said that loneliness was what he suffered from most and that he had created imaginary friends to keep himself company.

Loneliness can be damaging to both our mental and physical health. Socially isolated people are less able to deal with stressful situations. They’re also more likely to feel depressed and may have problems processing information. This, in turn, can lead to difficulties with decision-making and memory storage and recall.

People who are lonely are also more susceptible to illness. Researchers found that a lonely person’s immune system responds differently to fighting viruses, making them more likely to develop an illness.

The impacts of social isolation become worse when people are placed in physically isolating environments. For example, solitary confinement can have negative psychological effects on prisoners—including significant increases in anxiety and panic attacks, increased levels of paranoia, and being less able to think clearly. Many prisoners also report long-term mental health problems after being held in isolation.

Natascha Kampusch—an Australian woman who was kidnapped at the age of 10 and held captive in a cellar for eight years—noted in her biography that the lack of light and human contact mentally weakened her. She also reported that endless hours and days spent completely isolated made her susceptible to her captor’s orders and manipulations.

Alone in the Dark

The effects of isolation can become even more pronounced if you experience it in total darkness, causing both physical and psychological consequences. One impact of being in complete darkness is that it can wreck your sleep cycle. Two of the key mechanisms for sleep cycle regulation, the hormone melatonin, and the brain’s suprachiasmatic nucleus, both rely on light to function.

Daylight reduces our levels of melatonin, helping us feel awake. Daylight also helps the suprachiasmatic nucleus to reset our waking time if our sleep cycles start to drift. Without daylight, our 24-hour circadian rhythm can change. This explains why people exploring cave systems, for example, may find that their sleep-wake cycle becomes disrupted. This means that the time they feel like going to sleep doesn’t stay in a regular pattern and can shift each day.

Disruptions to our circadian rhythm can also make us feel depressed and fatigued. This has also been linked to increased cancer risk, insulin resistance, and heart disease, as well as other physical problems such as obesity and premature aging.

People placed in isolation may also experience hallucinations. The lack of stimuli causes people to misattribute internal thoughts and feelings as occurring in the outer environment. Essentially, hallucinations happen because of a lack of brain stimulation.

In fact, Alati revealed he began experiencing hallucinations by his third day in isolation, ranging from seeing the room fill up with bubbles, to imagining that the ceiling had opened up to show him a starry sky. People in total isolation may also feel that there is a ghostly presence or someone watching them.

While the impact of total isolation can be severe, the good news is that these effects are reversible. Exposure to daylight can normally correct sleep-wake patterns—though this might take weeks, or even months in some cases before it’s fully adjusted. Reconnecting with other humans can reduce loneliness and help restore us to good mental and physical health. However, some people who have been held in social isolation against their will may develop long-term mental health conditions, such as post-traumatic stress disorder.

But some people who have faced the challenge of being alone for an extended period of time may show personal growth—including emotional growth, feeling closer to family and friends, and having a better perspective on life—as a result of their experience. After 20 days willingly spent in total isolation, even Alati said he’s changed—reporting that the experience gave him a greater appreciation for people and life, better attention and focus, and overall feeling happier than before.

Sarita Robinson is a senior lecturer in psychology at the University of Central Lancashire in the UK.  This article was first published on The Conversation.