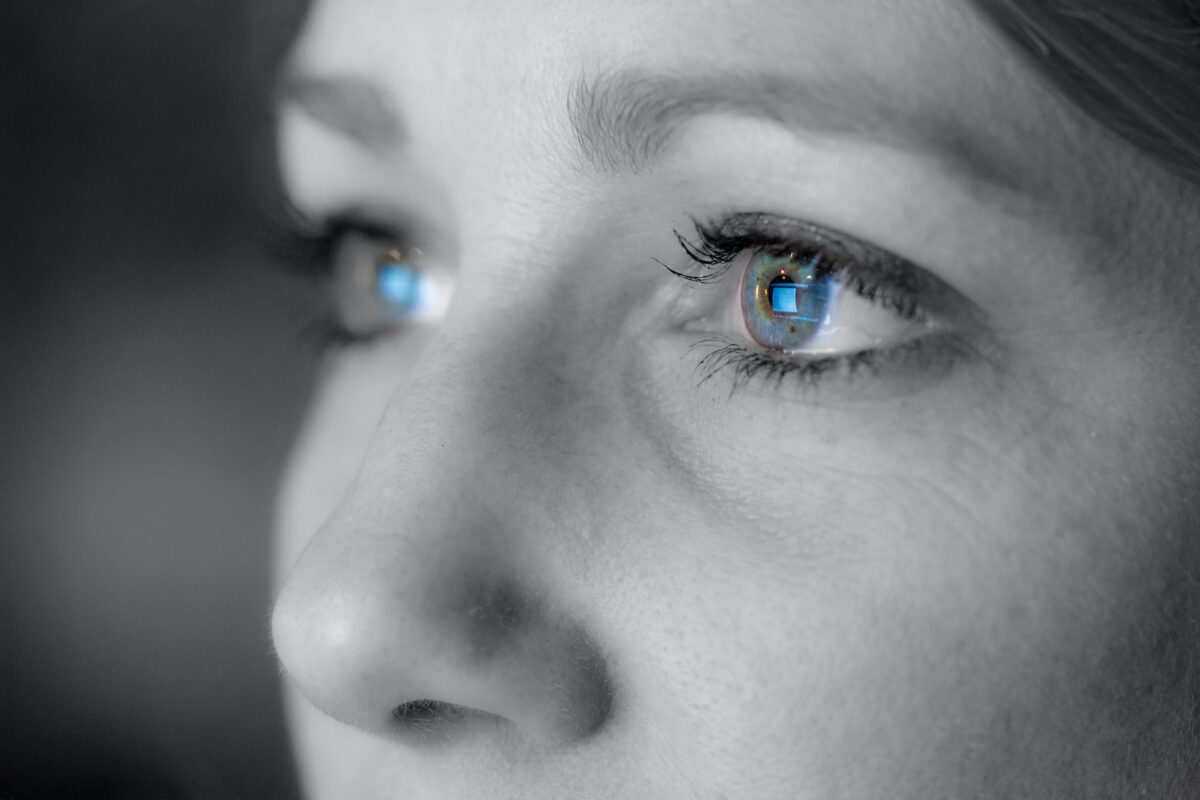 Our brains may be working to see different images over time as a related series, causing us to misperceive them as being more similar than they actually are. (Dennis van de Water/Shutterstock)
Mindset

New Brain Research Shows We Don’t See in the Present

The human body is a marvel on a level that can be hard to grasp with our limited human brains.

With all that we know now about human anatomy, there are still many enduring mysteries about the way our bodies work, especially our brains. One of the most enduring of these mysteries is exactly how, with all the visual input constantly bombarding our eyes, we humans manage to have a stable view of the world.

This question is of keen interest to Mauro Manassi and David Whitney. Manassi, who has a doctorate in neuroscience, is a lecturer in the School of Psychology at the University of Aberdeen in Scotland. Whitney, whose doctorate is from Harvard University and whose primary research interest is also cognitive neuroscience, is a professor of psychology at the University of California–Berkeley. The two teamed up to perform a simple but ingenious series of experiments that may change the way we think about visual perception. Their research, published in Science Advances on Jan. 12, indicates that our brains actively average visual input in a way that keeps our perceptions about 15 seconds in the past.

With Constant Eye Movement, Why Isn’t the World Choppy?

Like the images produced by movie cameras, our eyes send frequent snapshots of visual information to our brains. When we watch a movie, the projector only shows us still pictures in each frame, jumping from one to the next 24 times per second, but our brains perceive it as continuous motion.

In real life, our eyes are also always moving: As you read this right now, your eyes aren’t scrolling smoothly across the words, but jerking across each line in three or four jumps, then jumping from the end of one line to the beginning of the next. And you do this without feeling seasick. Instead, your brain perceives a smooth, continuous picture of the text. But if we were to move a movie camera like we move our eyes, the resulting film would be rough and hard to watch, like an avant-garde experimental movie. The images would be so choppy that we would likely experience motion sickness.

Why then, do humans see the world in smooth, stable images?

Something neuroscientists call change blindness is often cited as the mechanism that supports image stability. According to research published in Frontiers in Psychology in 2018, change blindness is “when a stimulus undergoes change without this being noticed by its observer.” In other words, our brains don’t perceive changes when those changes aren’t big enough to matter. While several studies have shown that the human brain engages in change blindness, this is a passive mechanism. However, what Manassi and Whitney argue is that the brain is also actively smoothing out the images our eyes take in.

The phenomenon of actively smoothing our perception has a name: perceptual serial dependence. In other words, our brains try to see different images over time as a related series rather than a bunch of random snapshots. Perceptual series dependence, as the scientists said, “causes objects at any moment to be misperceived as being more similar to those in the recent past.” Their research suggests that we literally don’t see an object in front of us as it is now. Instead, we see it as it was in the past.

Using Amazon’s Mechanical Turk, a crowdsourcing platform, Manassi and Whitney paid subjects 20 cents each for participating in what they described to participants as a “Very very very short survey.” Qualifying subjects were then sent to an online study. For the first experiment, the scientists started with two images of the same face at different ages. They asked different groups of people to rate the ages of the person in the “young” photo and the “old” photo. The average age estimated for the first photo was 13 and 25.5 for the second photo. These ratings gave the researchers reference ages for each image.

Here’s where things start to get interesting. The subjects’ attraction to the past was strongest when the object in front of them changed slowly. Then the subjects were shown an image identical to the “old” image and asked again to rate the subject’s age. After watching the 30-second clip, the subjects consistently rated the subject’s age as younger than the reference age, by about five years.

Intrigued by this result, the scientists tried the same experiment in reverse, morphing the “old” image to the “young” image in the course of a 30-second movie. Then the subjects were shown the “young” face and asked to rate it. This time the subjects rated the age an average of five years older than the reference age. It seemed that the brain held onto the past image rather than the image it was currently seeing.

Are We Really “Seeing” the Past?

In this study, the subjects’ attraction to the past was strongest when the object in front of them changed slowly. Abrupt changes appeared to trigger more frequent image updates in the brain. The researchers confirmed this by breaking up the original smooth image progression into jump cuts, trying six steps from young to old, four steps, and even just showing the first face for 15 seconds and then jumping straight to the ending face for 15 seconds. They found that fewer steps produced more accurate age ratings. Yet even the jump from the first image to the last image still made subjects estimate the end face to be about two years younger than they judged it when they were just given a still picture. This might sound like support for the change blindness theory, with continuous changes being too small for our brains to perceive. However, the researchers had made sure the changes were perceptible.

To eliminate the possibility that the illusion was specific to how we perceive age, Manassi and Whitney redid the experiment with images that morphed from male to female and from female to male and again saw similar results.

To rule out the possibility that our brains tend simply to favor the “center,” they also used a movie that aged an image from 14.6 to 20.5 and another that went from 25.5 to 20.5. In the first case, the subjects rated the image as younger (19.1 years) than the reference age. In the second case, they rated the identical image as older (22.1 years). Since the results were based on which movie the subjects were shown, the researchers concluded that the illusion wasn’t due to a tendency for the brain to be biased toward the center of what the eyes see.

Do We Live in the Past as Well?

This study raises some fascinating questions: What does our brain’s tendency to pull toward the past—a seemingly literal inability to see what’s right in front of us—mean for human psychology? Do other parts of our brains prioritize the past as much as the part that processes visual input? Do we actively smooth out other types of information that we receive such that we may actually be simplifying or even misperceiving things? Do our brains see much of our world as it was and not as it is?

Practitioners of Zen Buddhism remind their students to be mindful, to fully experience each moment, and to live in the present. As Shunryu Suzuki, a Zen monk and teacher, wrote in the prologue to his 1970 book, “Zen Mind, Beginner’s Mind,” “In the beginner’s mind there are many possibilities, in the expert’s there are few.”

Jennifer Margulis, Ph.D., an award-winning science journalist and book author, is a frequent contributor to the Epoch Times. A sought-after speaker, she has worked on a child survival campaign in Niger, West Africa; spoken out against child slavery on primetime television in Paris, France; and taught post-colonial literature to non-traditional college students in Atlanta, Ga. Sign up for her free weekly emails at www.JenniferMargulis.net.