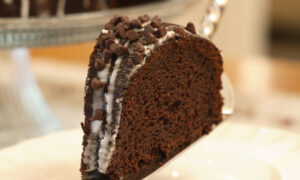 Wendy’s Pretzel Burger to be Rolled Out Nationally

Wendy’s is looking to introduce is new pretzel burger–or more specifically, a bacon cheeseburger on a pretzel roll–across the United States.

The Pretzel Bacon Cheeseburger, as it is called, has already been tested in a few markets, reported BurgerBusiness.com, citing Janney Montgomery Scott analyst Mark Kalinowski.

“We do not know exactly when this product will go national; Wendy’s confirms ‘it will be part of our 2013 promotional calendar.’ Our best guess is for a Q3 launch, and as such, we raise our Q3 same-store sales forecasts for both North American company-owned and North American franchised outlets by three percentage points, to +5.0%,” Kalinowski wrote in a report last week.

Nation’s Restaurant News reported that Kalinowski said the new burger could increase same-store sales by as much as 3 percent.

“Our industry sources inform us that the Pretzel Bacon Cheeseburger, to be launched nationally at some point during 2013, was one of Wendy’s most successful test products from the last 20 years,” Kalinowski wrote. “As such, we believe the national launch will lead to some meaningful acceleration in Wendy’s same-store sales.”

Wendy’s told Kalinowski that the Pretzel Bacon Cheeseburger will be promoted in 2013 but did not elaborate.