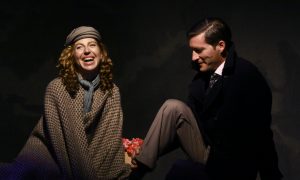 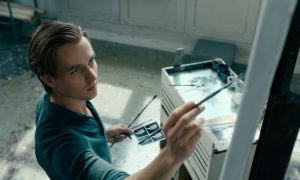 ‘Never Look Away’ From Truth and Beauty
0 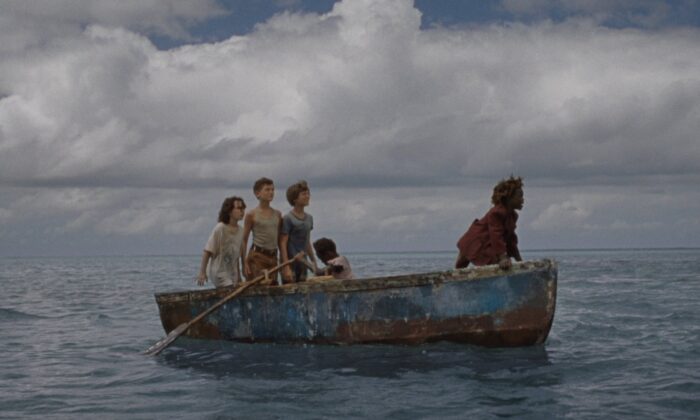 ‘Wendy’: An Ode to the Spirited Mother

HOLLYWOOD, Calif.—It seemed entirely fitting to watch “Wendy,” the rambunctious, mythical retelling of “Peter Pan,” on the mercurial Leap Day, followed by a Q and A with its director Behn Zeitlin.

The film is set in a roadside diner, a home by the railroad tracks, where Wendy and her twin brothers are enticed to follow little Peter Pan, who is jumping from train car to train car along the tops of a massive locomotive that passes their house, shaking all of the windows and doors. The train itself seems a creature of the imagination.

They eventually journey to a mysterious island where they can stay young forever, as long as they don’t think of anything worrisome or too serious, as the adults do.

True to Zeitlin’s style, he captures, as described above, all of the elements of chaos, joy, and danger on the screen. The film evokes the true sensations of a real adventure.

As an adventurous, artistic spirit himself, Zeitlin explained at the ArcLight Cinemas theater in Hollywood that he was drawn to the subject of Peter Pan because he related to always being told to grow up and that, in the film business, he would probably soon have to.

“If you live for art and creative freedom, you’re always being told to grow up,” Zeitlin said. The Peter Pan story implies that “in order to be free, it seems you have to be heartless and alone.”

Indeed, many artists feel the weight of this perceived dilemma. The film industry, in particular, represents as difficult an arena as any in the relationship between art and commerce. Perhaps it is no accident that Zeitlin chose the opportunity granted him from the success of his last film, “Beasts of the Southern Wild,” to examine exactly this dilemma.

He chose to reexamine the proposition in the original story by James Barrie, a story that always enticed him and his collaborator and sister Eliza Zeitlin. She served as production designer for the movie.

Barrie’s idea is that one could either be like Peter Pan and his troop of Lost Boys—free but with no family or love—or choose domestic life and give up that life of careless freedom and adventure. The Lost Boys are children free of the structure and discipline provided by adults and so they are full of wild abandonment, adventure, and play. Yet they are also free from the guidance, wisdom, and tender care that adults offer.

The question the film asks is, Zeitlin says, “Can you be free together with heart, be free with heart?” Interestingly, it is Wendy who leads him to that possibility, not Peter Pan.

Zeitlin saw in the character of Wendy the remedy, or perhaps the bridge to the solution: an adventuresome girl who is also devoted to her family. She is nurturing to all but, though wild and indeed the instigator of the adventure, is also imbued with a deeply maternal nature.

According to Zeitlin, Wendy represents that archetype, the one who embraces adventure as well as values the role of mother: family-centered, nurturing, compassionate, and willing to sacrifice for others.

The opening sequence features a young Wendy, perhaps just 2 years of age, held in the arms of her mother, who cooks up dozens of eggs and rounds of bacon and pancakes for customers in their family-run trackside diner. A strong sense of everything that is home—namely, safety and comfort—pervades this first scene.

This scene leads into its counterpoint when one of the young boys present is told he might just end up being the janitor at the diner when he grows up. His alarm at this prospect, a lightly penciled point, sets us up beautifully for all that is to come.

Motherhood is a driving theme throughout the film. In Zeitlin’s telling, Mother, an actual character in the film, is a great mysterious fish-like sea creature, who was poetically brought into being at the sound of the first child’s laughter. She is the only source of comfort to Peter and the Lost Boys.

The film seems also, albeit circuitously, to explore the important themes of aging in a youth-obsessed culture, looking with a more nuanced eye at this cultural aberration and suggesting that getting old, too, is an integral part of life’s great adventure.

Zeitlin noted that the character of Wendy is a natural extension or continuation of the character Hushpuppy. Hushpuppy was played by Quvenzhané Wallis, the 5-year-old lead of his award-winning film “Beasts of the Southern Wild,” whom he watched grow up during the filming and promotion of the film. Hushpuppy, a wild child at heart, had to nurture her ailing father.

Support for a Wild Venture

The production team, Zeitlin said, is a group of mostly friends and desperately under-resourced filmmakers who banded together in 2004 and called themselves Court 13 Arts. They have worked together since Zeitlin’s first film in 2008, “Glory at Sea.” Their “all hands on deck” work ethic enables Court 13 to eschew the typical Hollywood hierarchies and act as a team reminiscent of what Zeitlin calls Lost Boys “with love”: They follow their filmmaking paths as adventures, but do so in the most supportive way possible.

In fact, Zeitlin made absolutely no money from “Beasts,” ensuring that the team members, who had all worked for free, were rewarded for supporting that film’s incredible adventure.

Zeitlin co-wrote the musical score for “Wendy.” The music adds to the sense of chaos embodied by children set free to play out their youthful lives forever. It blends Louisiana Cajun flavors with classical motifs in a boisterous cascade of swooping and lilting notes as adventurous and wild as the narrative.

The impressive peaks on Montserrat, a Caribbean island with a highly active volcano, provided the location and majestic backdrop for this epic tale. It is an island so remote that the film’s producers—the supposed adults in the room of filmmaking—were less likely to show up and interfere with Zeitlin’s vision. It lent a convincingly visceral immediacy to the film.

Complete with train-top rides, old sunken ships, underwater caves, sea creatures, and a story that truly draws blood, the film seems to ensure that Zeitlin will be allowed to take on another epic adventure on whatever film project he chooses next.