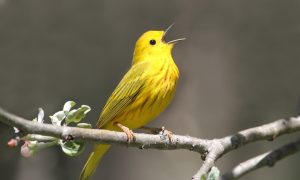 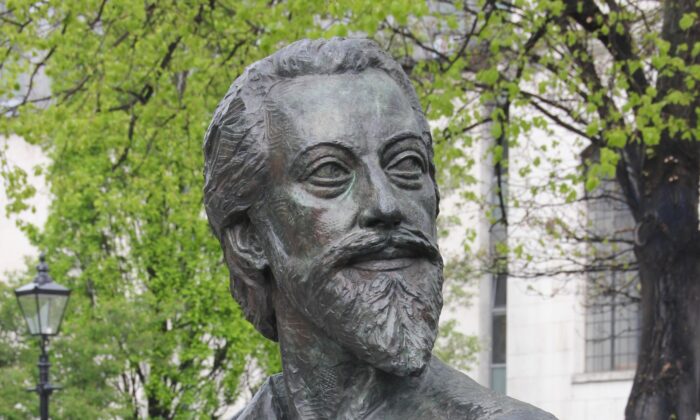 A look at a master of metaphysical poetry
By Jeff Minick

Fledgling poet John Donne (1572–1631) wrote these words in 1601 after his secret marriage to 16-year-old Anne More was discovered. A young man with promise, Donne was then working as secretary to Sir Thomas Egerton, the wealthy Lord Keeper of the Great Seal of England. Unfortunately for the enthralled Donne, Egerton was also Anne’s uncle. Both Egerton and Anne’s father, George More, strongly opposed this marriage, refused to grant Anne a dowry, and even had Donne briefly imprisoned.

So much for that promising career.

For nearly a decade, the Donnes lived in poverty, supported by friends and sympathizers, and by whatever money Donne could scrape together from his writing and practice of law. Eventually, Anne’s father paid the dowry, and Donne’s prospects improved.

In 1617, after giving birth to their 12th child, who was stillborn, Anne died, and Donne, who had converted from Catholicism to Anglicanism, became dean of Saint Paul’s Cathedral in London, where he became famous for his sermons and devotional meditations. Perhaps most renowned of his prose of this period is a paragraph from Meditation 17, which some moderns have rendered as poetry.

“No man is an island, entire of itself; every man is a piece of the continent, a part of the main; if a clod be washed away by the sea, Europe is the less, as well as if a promontory were, as well as if a manor of thy friend’s or thine own were; any man’s death diminishes me, because I am involved in mankind, and therefore never send to know for whom the bell tolls; it tolls for thee.”

Donne’s poetry was as varied as his fortunes. In his younger years, when he studied law at London’s Inns of Court, traveled about Europe, and served with English forces fighting the Spanish at Cadiz, and even after his marriage, Donne devoted himself to love poetry and satire in forms ranging from epigrams to sonnets, from songs to elegies. After his beloved Anne’s death, and with his appointment to Saint Paul’s, he turned his energy toward religious verse and meditations on the Divine.

Like other metaphysical poets, Donne employed paradox and the use of conceits, unlikely extended metaphors that are intellectually imaginative and emotionally engaging. Here Donne was, and is, a master of this device.

Let’s look at two of his best-known poems structured on this idea of conceit or, as it was called in the early Renaissance, “wit.” In Holy Sonnets, a collection of 17 poems with religious themes, we find “Batter my heart, three-person’d God.”

Batter my heart, three-person’d God, for you
As yet but knock, breathe, shine, and seek to mend;
That I may rise and stand, o’erthrow me, and bend
Your force to break, blow, burn, and make me new.
I, like an usurp’d town to another due,
Labor to admit you, but oh, to no end;
Reason, your viceroy in me, me should defend,
But is captiv’d, and proves weak or untrue.
Yet dearly I love you, and would be lov’d fain,
But am betroth’d unto your enemy;
Divorce me, untie or break that knot again,
Take me to you, imprison me, for I,
Except you enthrall me, never shall be free,
Nor ever chaste, except you ravish me.

Examine the unusual comparisons Donne constructs in the poem. First, he asks that God assault him, “that I may rise and stand, o’erthrow me.” He then compares his soul to a town captured by another, in this case, by evil. With the words “am betroth’d unto your enemy,” Donne introduces a final conceit, asking to be freed of this engagement, to be instead imprisoned by the Divine, and even ravished with love. By such powerful and strange images, Donne seeks to waken our sensibilities to sin and repentance, and to the power of the Divine.

In “Death, be not proud,” Donne turns our conventional fear of dying on its head. Death is not a master but a “slave to fate.” It dwells with ugly condiments—“poison, war, and sickness”—and has less power of sleep than “poppy or charms.” Resurrection strips Death of its powers, and Death itself, ironically, will die.

Death, be not proud, though some have called thee
Mighty and dreadful, for thou art not so;
For those whom thou think’st thou dost overthrow
Die not, poor Death, nor yet canst thou kill me.
From rest and sleep, which but thy pictures be,
Much pleasure; then from thee much more must flow,
And soonest our best men with thee do go,
Rest of their bones, and soul’s delivery.
Thou art slave to fate, chance, kings, and desperate men,
And dost with poison, war, and sickness dwell,
And poppy or charms can make us sleep as well
And better than thy stroke; why swell’st thou then?
One short sleep past, we wake eternally
And death shall be no more; Death, thou shalt die.

Looking Into the Nature of Things

Though we may take pleasure in reading Donne’s poems for their beauty and their lyricism, meaning his poems express strong personal emotions, they also offer other gifts to us: boxed packages which, when unwrapped, may open our eyes and bring us insights into rerum natura—the nature of things.

This metaphysical poet and some of his contemporaries put the profound questions of existence under the microscope, then tug at our sleeves and invite us to have a look as well. They steer our minds, if just for a short time, away from the busyness of living to contemplate the possible meanings hidden beneath that frenetic activity.

In addition, the metaphysical poets, who are a bridge in time between a world of medieval faith and a new world of “enlightenment,” remind us that beyond science, data, polls, and statistics is a kingdom we moderns have forgotten, a different reality. They point us to abstract concepts concealed by our craving for the empirical and our belief that only what we can feel, taste, touch, hear, and see is real.

Finally, this idea of conceit itself, radical comparisons offering a sort of gymnasium for the mind, can spark our own employment of metaphor. Do we see ourselves as lions or lambs? Do we compare ourselves metaphorically to Ulysses Grant at Galena, a failure awaiting the summons of a trumpet of glory, or are we Theodore Roosevelt, striving always for excellence at whatever we undertake? Do we equate the Divine with the storms and gentle winds of nature, or find it in the face of a homeless man or in the bond between mother and infant? By such metaphorical exercises, we deepen our comprehension of the world and of our interior selves.

Metaphor artfully employed can also be a powerful incentive to others. It opens doorways, releases emotions, and leads us to hear or see in a different way. Here is a simple and humorous example: Once at a tense moment of play during a soccer game, I heard a homeschool mom, Jill, shout to her son, “Be a nightmare, Sawyer!”

That was effective use of metaphor.

That afternoon, Jill and John Donne were shaking hands.