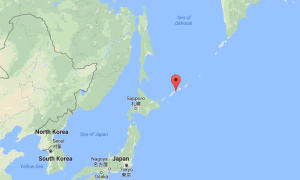 Should These Fishermen Throw This Giant Rare Fish Back? They Argued Until It Died
0
Share Now
TelegramFacebookTweetEmailTellMeWeReddit
Copy Link 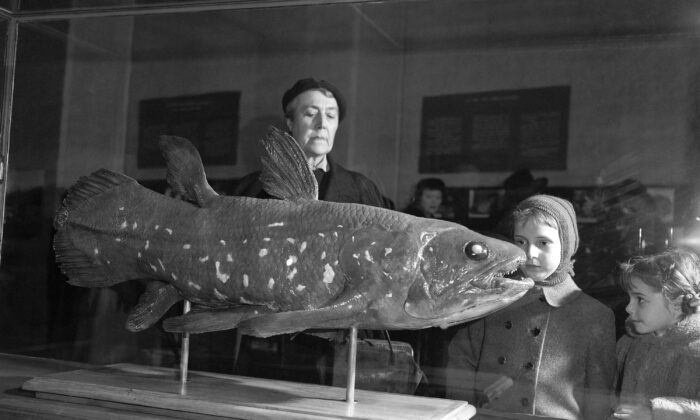 Visitors look at a coelacanth exhibit at the Natural History Museum in Paris, France, on March 21, 1954. (Pierre Godot/AP Photo)
Animals

These slow-moving, people-sized fish of the deep, nicknamed a “living fossil,” are the opposite of the live fast, die young mantra. These nocturnal fish grow at an achingly slow pace.

Females don’t hit sexual maturity until their late 50s, the study said, while male coelacanths are sexually mature at 40 to 69 years. And maybe strangest of all, researchers figure pregnancy in the fish lasts about five years.

Coelacanths, which have been around for 400 million years, were thought extinct until they were found alive in 1938 off South Africa. Scientists long believed coelacanths live about 20 years. But by applying a standard technique for dating commercial fish, French scientists calculated they actually live close to a century, according to a study in Thursday’s Current Biology.

Coelacanths are so endangered that scientists can only study specimens already caught and dead.

In the past, scientists calculated fish ages by counting big lines on a specific coelacanth scale. But the French scientists found they were missing smaller lines that could only be seen using polarized light—the technique used to figure out the age of commercial fish.

Using the technique, the scientists studied two embryos and calculated the largest was five years old and the youngest was nine years old. So, Ernande said, they figured pregnancy lasts at least five years in coelacanths, which have live births.