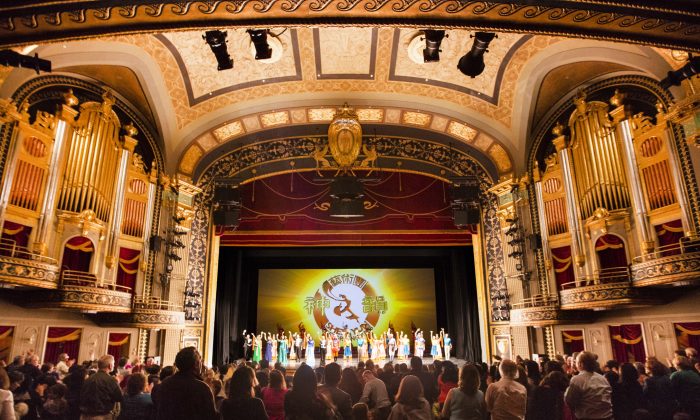 WATERBURY, Conn.—Shen Yun Performing Arts gave its first of three performances at the Palace Theater in Waterbury Friday evening. Among those attending the performance was Jim Smith, chairman and CEO of Webster Financial Corp. and Webster Bank, and his wife Cathy Smith.

“I loved it all,” Mr. Smith said after watching the performance.

“I loved the soloists, the dancing, the humor, and the message,” he said.

Shen Yun was founded in 2006 in New York with the mission to revive 5,000 years of Chinese culture. Since its inception, the company has become a global phenomenon, performing in around 20 countries and 100 cities each year.

Mr. Smith said he and his wife had a great time watching the performance.

“The movement, the dance, the music, the choreography, and the beautiful lotus flowers. It was just magical,” said Mrs. Smith.

The program note for the dance Lotus Fairies says, “In the East, the lotus has long been a symbol of purity and divine perfection … [the dancers] scatter a fragrance of serenity from the heavens above.”