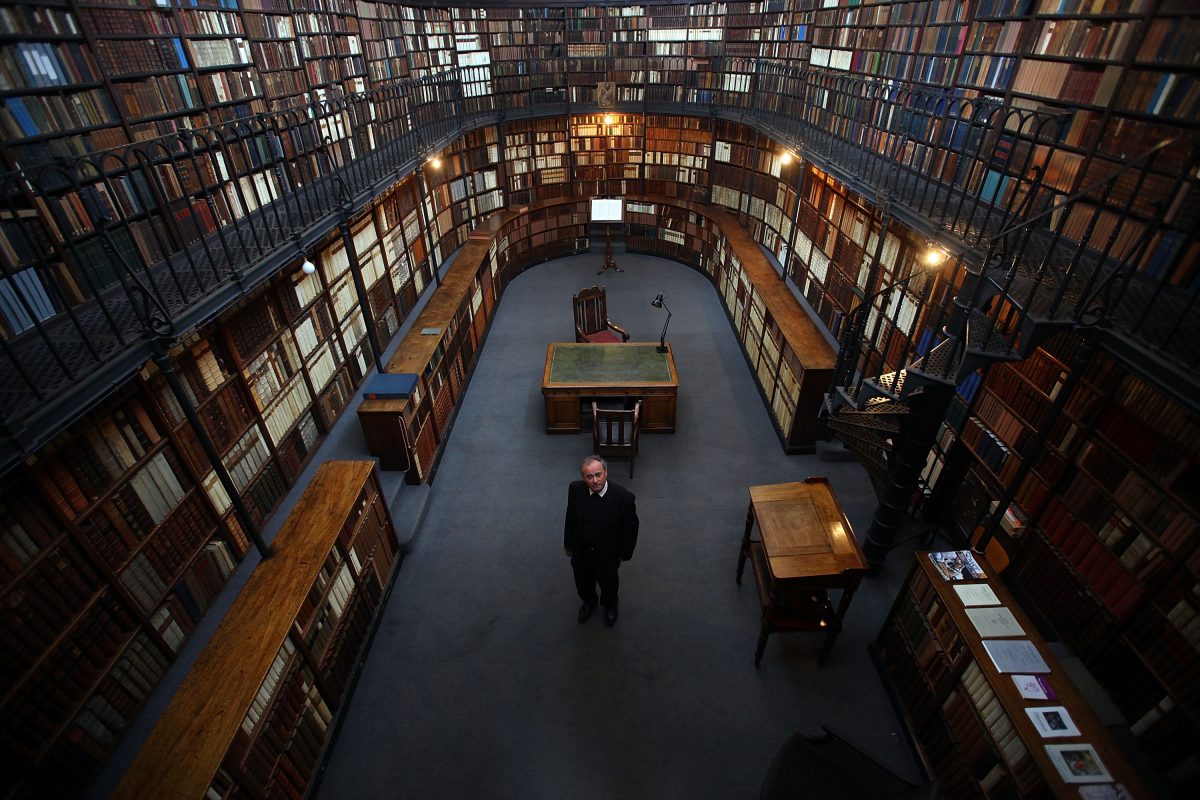 We Need to Remember That Libraries Are About Books, Not Business

The Library of Birmingham was one of the UK’s top ten tourist attractions in 2014—and the only one outside London. This would seem to indicate that the fortunes of the library are on the up, but look a little closer and this is revealed to be far from the case. Despite this popularity, the building is in crisis.

Since its opening in September 2013, the Library of Birmingham has become increasingly beleaguered, despite such high visitor numbers. Within six months, it was deemed “unfit for purpose” and “farcical” by seething patrons, who found books inaccessible because staff couldn’t reach them. Fast-forward to the end of 2014—and a squeeze on council resources meant that the flagship library was facing the threat of slashed opening hours and 100 redundancies.

So despite apparently encouraging figures, it’s clear that the fate of the library has long been in the balance. Funding cuts and Google Books may all have their part to play—but the reality is that libraries need to step up their digital game in a big way if they are to see a future.

In an age before the internet, the public library was a vital source for communal knowledge, personal edification and social interactions. Many of us have fond memories of childhood days spent in the branch library. As the 21st century unfolds, it is likely that such memories will soon be just as antiquated as some of the books that were buried away for decades in the heart of each library.

From Library to Hub

The close of 2014 saw the publication of the Independent Library Report for England, a 34-page document prepared by William Sieghart and an advisory panel drawn from the great and the good, for the Department of Culture, Media & Sport. It begins quite succinctly, observing: “The public library service in England is at a crossroads.”

Sieghart’s report acknowledges that libraries have a significant role as “a golden thread throughout our lives”, a safe space for the accumulation of knowledge, for forging communal bonds and empowering individuals. At the same time, the report calls for a transformation of local libraries into a network of “community hubs” ready to leverage the advantages of the digital age.

While these are admirable ambitions, seeded within this discussion are other goals that are a little less comforting, particularly the need to secure “economies of scale”, “better use of taxpayers’ money” and “efficiency”. Rather strikingly, “books” are mentioned only mentioned a handful of times in the report (and in all cases, quite incidentally). This is worrying.

Looking at the reality facing libraries in the present climate of austerity, it seems that things are grim. Birmingham’s £188m library was launched in early 2011, in many ways Sieghart’s ideal vision of the future library hub. The slick unveiling of the state-of-the-art building was almost incongruously set against a period when library resources were being decimated throughout the UK and campaigns were being anxiously launched in response.

A Pattern of Problems

The problems faced by the dispiriting pattern seen in Birmingham are being repeated across the country—including in my home city of Cardiff. The council here has recently undertaken a consultation about reducing its services to save £45m in its budget. Among the civic resources being targeted are libraries, where there have been threats to close a number of popular branches and replace them with a single district hub. In the wake of sustained community protests, an 11th-hour reprieve has been secured for the seven threatened libraries.

Last-minute stays of execution notwithstanding, we must ask ourselves whether our passionate defence of the library is based more on nostalgic memories than practical realities. As The Bookseller reported at the end of last year, library borrowing has plummeted, falling from 16m users in 1997 to half that amount in 2014. Perhaps the practice of borrowing a physical book from a building is not only increasingly obsolete, but also uneconomical for both councils and patrons?

Yet the alternative proposed—the centralised hub—is itself something that only addresses one of the many social functions provided by branch libraries. As well as being repositories of books and places for public enfranchisement, branch libraries were often the glue that held smaller communal units together, whether they were to be found in sleepy provincial villages or bustling city spaces. The library is as much an abstract set of ideas and aspirations as it is a physical structure that holds objects called books.

The centralisation being pushed by austerity-hit councils threatens to erase the richness and diversity represented by branch libraries, which often have deep histories of their own. While the hub may offer an economic advantages, it is merely a clinical and superficial salve to a much deeper cultural wound. If libraries are casualties of changing demographic habits, they must be seen as part of a solution.

The affordable library first appeared in the form of the Mechanics’ Institutes of industrial Britain. It provided access to books and newspapers for a modest subscription. A few decades later, the emergence of the public library in the wake of the Public Libraries Act of 1850 was intrinsically linked to the spread of mass literacy throughout the land.

Such aspirations of the libraries of previous centuries must be rekindled – we must move away from policies determined by a business case that determines whether libraries should be axed or saved. It is the duty of today’s councils, as our civic representatives, to reposition libraries once again as places of inspiration, imagination, education and enfranchisement.

But of course, if the branch library is to be not only saved but sustained, the question inevitably arises: what other community services will have to be cut in its place?

This article was originally published on TheConversation.com