‘We Can Still Find Ourselves,’ Resort Owner Says After Seeing Shen Yun 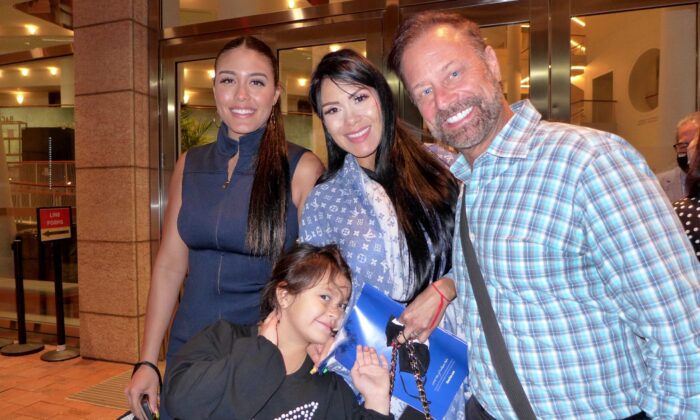 MIAMI, Fla.—China’s broad history of 5,000 years isn’t one that everyone is familiar with. For David Weinstein, an investment banker and resort owner, it wasn’t difficult to see the value in Shen Yun Performing Arts because he knows exactly what China has been through and what has been destroyed since the Chinese Communist Party took over.

“I think that 100 million people have died from communism. Japan still has what it had, but China is losing what it was. And if you don’t do something, it will be gone forever,” Mr. Weinstein said. “So it’s important.”

Audience members often comment on the energy they feel from the performance.

“I think that when you bring the energy down from the heavens, most Americans don’t understand that in ancient China, there was a very spiritual and divine relationship with God,” he said. “I studied it, so I understand that and I think it’s very powerful, but it was destroyed by Mao. I mean, not destroyed, but suppressed. You have a big job to keep it alive.”

With modern technology and all the distractions around us, it can be difficult to grasp what’s really important in life. Shen Yun cleverly portrays this social dilemma in one of their dance pieces.

“I also thought it was very clever with the cell phones to show how people are getting lost in the modern time. But we can still find ourselves,” Mr. Weinstein said.

Also in the audience was a ballet teacher attending Shen Yun with her grandparents.

Emily Morales found herself with tears in her eyes many times throughout the performance.

“This is something I would love to learn more about. It’s very beautiful … I literally was almost in tears half the time,” Ms. Morales said.

She was struck by the beauty of a culture different from what she knows.

“It is a completely different culture than what we were raised in. It’s beautiful. I love it,” she said.

As someone who understands dance, she was particularly in awe of the technical aspect of classical Chinese dance.

“It really is that hand-eye coordination with the feet as well. It takes a lot of practice because I don’t think I could do that as a dancer myself,” Ms. Morales said.

According to Shen Yun‘s website, the tumbling techniques that are often associated with acrobatics or gymnastics actually all originate from classical Chinese dance and have a history of thousands of years.

“It’s stunning the way they can do the acrobatics as well with tumbling. It’s hard to do it on bare floor and I do it myself and it’s hard to do it just as many times as the gentlemen and the women did,” she said. “So I’m very impressed [that] they can do it with ease and keep going with a whole routine for almost an hour. Stunning.”