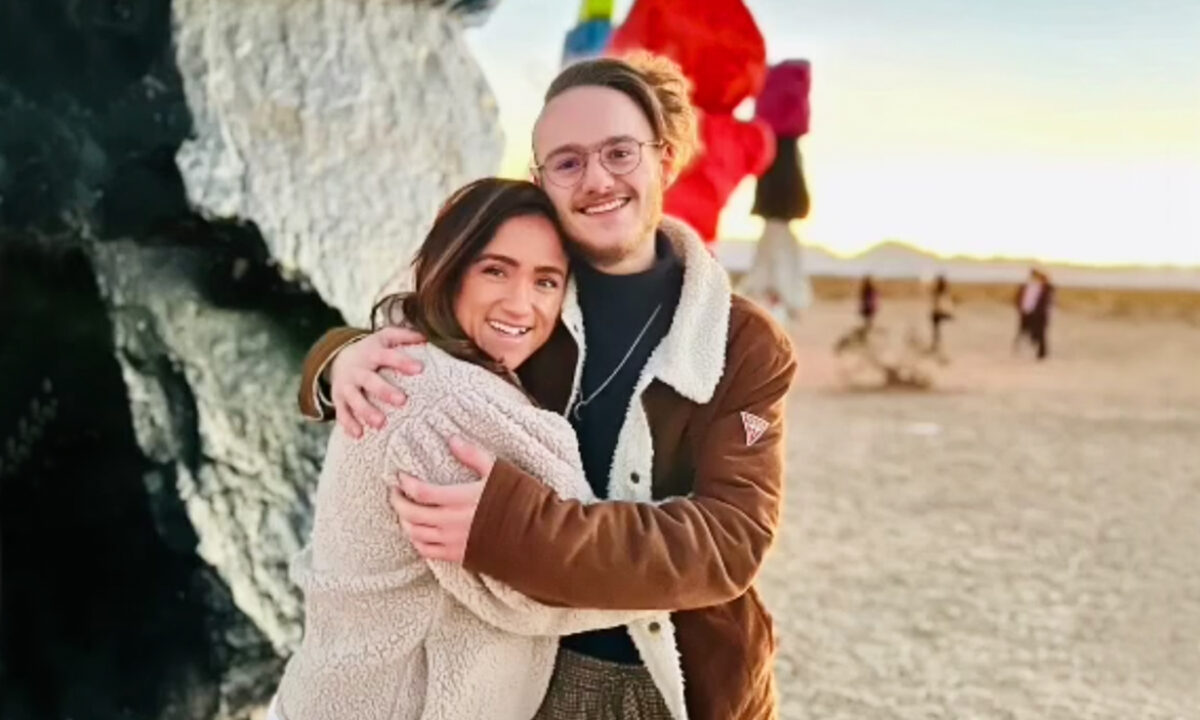 ‘We Both Were in Shock’: Mom Reunites With Son She Placed for Adoption 20 Years Ago

A mom from Las Vegas who placed her son for adoption 20 years ago after she became pregnant as a teenager has recently reunited with him—a moment that she had anticipated her whole life.

“Through the years, I always dreamed of reuniting with my son, of hugging him and kissing him again,” Elisa Fucci, 38, told The Epoch Times. “When I finally spotted him, I ran to him and we hugged and cried together.

“We both were in shock, we both didn’t know what to expect but were open and willing to see what was going to happen.”

Fucci, a Christian Relationship Life Coach, migrated with her family from Argentina to the United States when she was just 12 years old. When she found out that she was pregnant at the age of 15, she felt like a failure.

Although her heart ached at that time, Fucci ultimately knew that God had not abandoned her and that she could turn to Him for help. Her parents’ immediate reaction to her pregnancy news was one of “disappointment,” “humiliation,” and “embarrassment.”

Fucci said that, while growing up, her parents were really never present for her and thus she was raised by her elder siblings; when she grew up, she learned to take care of and manage herself.

At only 15, Fucci believed that adoption was the only way forward in her situation as the thought of marrying the birth father was “disturbing.” As an expectant mother, she was aware that she couldn’t offer the child a loving home with two devoted parents, and if she raised him, she wouldn’t be able to provide the child with the life experiences he deserved.

Additionally, Fucci believed that adoption was an act of selfless love.

“Months before I found out I was pregnant, a radio ad about adoption always stuck with me: ‘Adoption, it’s about love.’ It rang so true to me!” she said.

While adoption was a clear decision for Fucci, the reality of it all sunk in when her baby was placed in her arms for the first time. At that moment, she was no longer a child but a mother responsible for the well-being and future of a tiny human. She had what felt like an enormous weight on her shoulders. Savoring the tender time with her newborn, Fucci was saddened by the thought of separating from him two days later. Yet, she knew she was doing the right thing.

Fucci and the adoptive parents had exchanged several letters prior to the meeting, and although she was nervous when she met them face to face, Fucci was reassured at that time that she was making the best decision for everyone involved.

“I was so nervous!” she said. “Here I was, an immature, insecure, self-conscious 15-year-old child, meeting this couple that could’ve been my parents, about to make their dream come true! I felt so inadequate!” Fucci said. “But at the same time, I felt privileged to know that their aspirations to go from being a couple to being a family were becoming a realization because of me.”

Fucci kept in touch with them over the years. They exchanged photos and weekly letters the first month, and then monthly letters for the first year.  However, after the first year and for the 20 years that followed, they exchanged letters annually. Fucci read of her son’s accomplishments, likes, dislikes, talents, and heartbreaks. In her letters back, she tried to bestow some of her own learned wisdom from afar.

Over the years, as letters between her and her son were exchanged, Fucci still dreamed of holding him. Aware of the enduring and invisible bond between mother and child, she even seemed to know when her son was struggling or unwell.

Finally, feeling that something was amiss one day in December 2021, Fucci decided to reach out to her son in Utah and send a follow request on Instagram. For two “agonizing” weeks, she waited for him to accept her request. When she finally received a response, they began exchanging messages with each other.

“My heart was full and whole again; the hole in my chest was no longer there,” Fucci said. “I was finally talking to my son after 20 long years. I cried for days! And was pinching myself because I couldn’t believe I was one step closer to meeting my baby boy.”

The pair then decided to meet in Las Vegas.

“When I went to pick him up at the airport, I was so nervous,” she said. “I didn’t know what he looked like, and I had no idea what his reaction would be. All I knew was that I didn’t know if I could contain myself from running to hug him once I saw him.”

When Fucci saw him, she did run, holding him after 20 years. As they embraced each other, the pair refused to let go.

“I was finally caressing my baby boy, and just like that, the baby I once held in my arms 20 years earlier was back in my arms and time seemed to have passed by in the blink of an eye,” she said.

For the next three days, they talked about everything. Her son even expressed his life-long desire to meet her and voiced his gratitude to her for giving him the life that he has.

Now, Fucci and her son are in constant touch with each other. They also recently celebrated his 21st birthday together.

As Fucci reflects on her decision from 20 years ago, she looks back without lament.

“I never regretted the decision to place my son for adoption. I always thought I had made the right choice for him,” Fucci said. “But recently, after becoming a life coach, I realized that that decision alone has brought me to this point in my life. That decision was my first act of resilience and began my journey to mold me into the strong, independent woman that I am today.

“I am now leading women to find their inner strength and inner wisdom, and all because of that decision 20 years ago.”