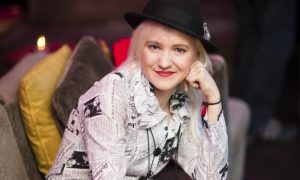 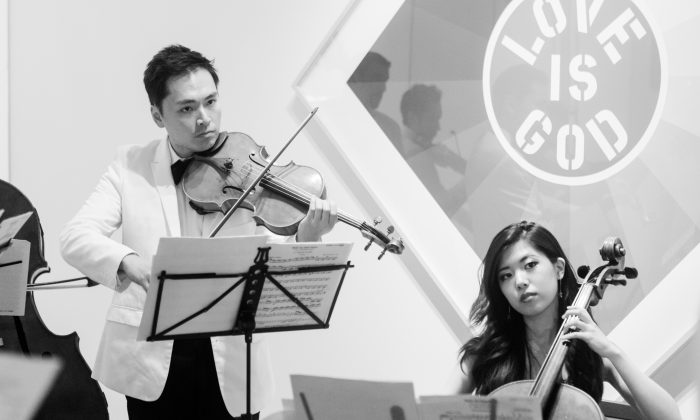 Members of Solisti Ensemble play during the Midsummer Musicale: Melodies from the Past at the Waterfall Mansion, in Manhattan, New York, July 23, 2014. (Benjamin Chasteen/Epoch Times)
Arts & Culture

NEW YORK—In the Waterfall Mansion on the Upper East Side, works by eminent artists such as Andy Warhol are showcased alongside that of lesser-known contemporary artists. The mansion, which includes an extensive arts gallery, is a space to celebrate both emerging and established artists.

Since the mansion’s opening in 2012, the building has been used as an experiential platform to support diverse artists.

The mansion’s owner, Kate Shin, a financier turned real estate developer and lifestyle designer, purchased the property in 2008. She believes a building should be developed as more than a physical property.

“As a developer with a venue, I have the responsibility to do something for creative people,” Shin said.

“Artists often feel isolated,” she said. “I want this to be a creative hub for them.”

The mansion showcased an art gallery co-curated by Alessandro Berni.

“I think it was great,” said Borinquen Gallo, an artist whose work was showcased in the mansion. “I am interested in the idea of showing artwork in alternative settings, blurring the line between domesticity and institutional space.”

Shin is holding a series of VIP events there as a part of her Summer Art Festival from June to August. The events showcase work across the fashion, film, industrial design, and music industries.

Recently, Shin held a concert called Midsummer Musicale: Melodies from the Past, which featured classical eastern and western music.

SYPI is a New York based, not-for-profit organization that revives traditional Chinese culture through the performing arts.

The SYPI performance at Waterfall Mansion included an enticing Chinese zither solo, and a performance with a Chinese wind instrument called a Hulusi (Hulu means gourd and si means silk).

“It’s fantastic. It was my first time seeing Chinese classical instruments,” said Irene Rousseau, an artist who attended the event.

The Solisti Ensemble performed for the western part of the concert. They showcased violins made by the most preeminent Italian violinmakers: a Guarneri, a Guadagnini, and a Stradivarius violin.

There are only a few of those violins left in the world today. The rare instruments were played by violinists Christine Kwak and Byung-Kook Kwak.

“Between these violins we can buy the mansion,” joked Byung-Kook Kwak.