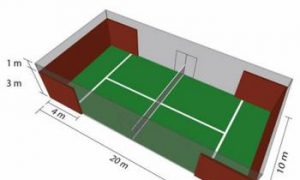 What is Paddle Tennis?
0 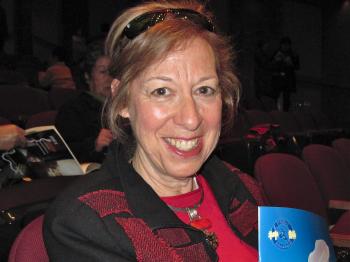 By Epoch Times Staff
Print
SAN JOSE, Calif.—Shen Yun Performing Arts played its final show on Sunday, April 10, with audience members from around the Silicon Valley coming to see the performance, which was held at the San Jose Center for the Performing Arts.

Judy Rosenthal, an artist who paints watercolor mandalas, attended the performance and said “it’s very inspiring” as well as “very colorful and enchanting too.”

Regarding the entire performance, she noted that it is “very creative and ingenious.”

Shen Yun features a digital backdrop that the dancers interact with. The scenes depict various settings from legend, ancient China, and up until modern times.

“It takes you into a different world so you’re not just here in the present but you go back in time and go forward in time as well,” Ms. Rosenthal noted.

The main focal point in Shen Yun is dance. Each performer on stage has to master the ancient and extensive form of classical Chinese dance, which is rich in technique and can express the inner beauty of Chinese culture, says Shen Yun’s website.

“I’m an older person so I say, ‘It would be nice if I could dance like that, but I would have to spend years to be able to turn my body like that,’” she said.

Accompanying each dance piece is an orchestra that joins together Western and Chinese instruments. “The music is very supportive of the work. That’s important, I think, because you can not only see the visual but you can hear the background supporting it,” Ms. Rosenthal said.

Several pieces depict the current and ongoing persecution of Falun Dafa, an ancient meditation practice. Many practitioners in China today are put in labor camps, tortured, beaten, or suffer other hardships for their persistence in the discipline. “I really support the efforts” to get the word out, she said.

With reporting by Gary Wang and Jack Phillips.