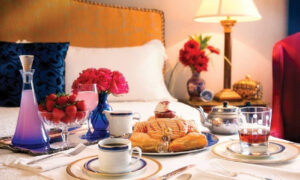 The Luxury of Your Bedroom
0 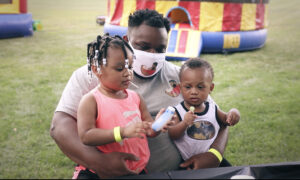 Watch: School Teacher Gets Surprise Visit From Son During Class

A marine who had been stationed in Japan for three years gave his mother a surprise of a lifetime on May 19.

Paula Riggs, a third-grade teacher at Schrader Elementary School in New Port Richey, Florida, was in the middle of storytelling, when the unexpected happened.

U.S. Marine Sgt. Paul Riggs—Paula’s 24-year-old son—arrived to the school at around 12:30 p.m., and immediately walked straight to his mother’s classroom—he hadn’t seen her in almost two years.

A week before the surprise, Sgt. Riggs’s sister called the principal of Schrader Elementary School to disclose her plans.

“My sister Jennifer was the mastermind behind the whole operation,” Sgt. Riggs told TODAY. “She found out our mom had kept saying, ‘Why can’t I get one of those military surprises?'”

“About two weeks ago, she called the school and set everything up. All I had to do was show up in my service alphas.”

Although Paula was crying, as seen in the video, it was tears of joy. “My hero!” she repeated over and over to her son.

Sgt. Riggs, on the other hand, said he didn’t know what he was going to do before the surprise.

“I was nervous and excited,” he said. “But that went away when I walked in the room.”

Sgt. Riggs, who works with the Marine Corps’ Aviation Logistics Information Management and Support, has been with his mom since the surprise.

He will be returning to the Marine Corps Base in Quantico, Virginia, on May 27, where he’ll be training to be a Marine Corps officer.