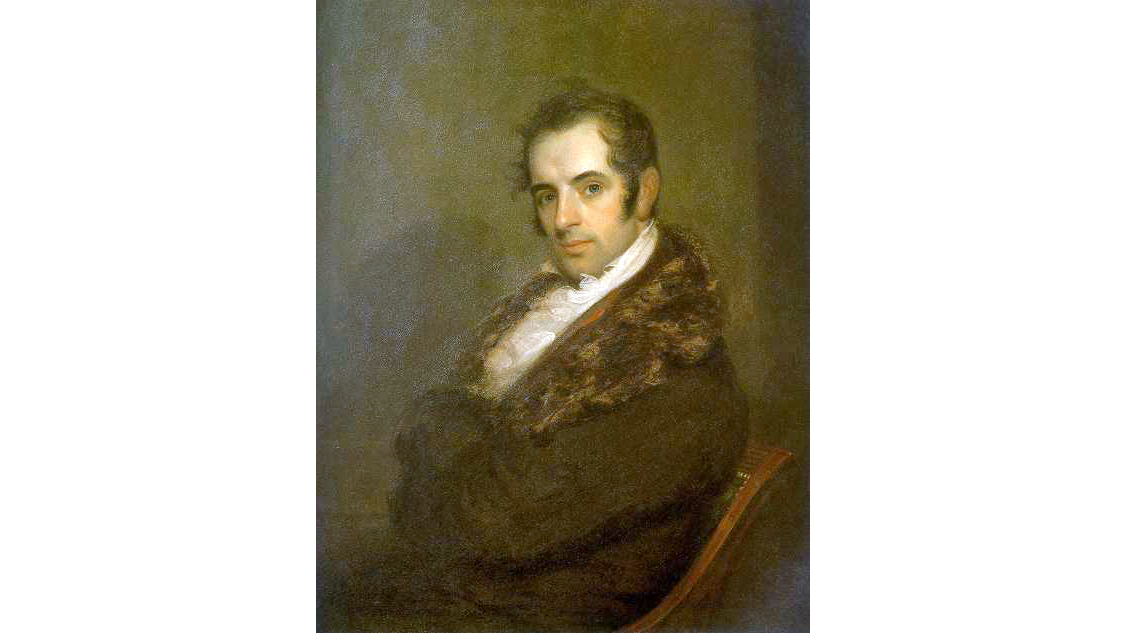 Washington Irving and the Birth of American Romanticism

Washington Irving’s brief autobiographical essay “The Author’s Account of Himself” opens his book of numerous writings titled “The Sketch Book.” First published in London in 1809, this slightly satirical introductory essay gives a brief glimpse into Irving’s admiration for his blossoming American continent:

“Her mighty lakes, like oceans of liquid silver; her mountains, with their bright aerial tints; her valleys, teeming with wild fertility; her tremendous cataracts, thundering in their solitudes; her boundless plains, waving with spontaneous verdure; her broad deep rivers, rolling in solemn silence to the ocean…no, never need an American look beyond his own country for the sublime and beautiful of natural scenery.”

The author would return to these bucolic descriptions of early America in his two most famous stories found in the book: “Rip Van Winkle” and “The Legend of Sleepy Hollow.” From his experiences abroad, Irving’s utilization of German folklore mixed with a return to simpler, pastoral Colonial America reveal a classic duality between Old World traditions and industrial progress. The popularity and appeal of “The Sketch Book” would influence major American authors such as Edgar Allan Poe and Nathaniel Hawthorne.

Irving was widely regarded as America’s first commercially successful author of the post-Revolution period. His collection “The Sketch Book” was composed and published in Europe, for after Irving started showing symptoms of tuberculosis, his brother-in-law sent him from New York to traverse the European continent for about two years between 1804 and 1807. While traveling, Irving took down short sketches of local culture, people, landscapes, and politics.

During this time, Irving had little in the way of American authors for imitation. Most published writings during the Revolutionary period were in the form of political tracts, pamphlets, and satirical essays. However, during his European retreat, English Romantic authors were being widely read and accepted in British cultural circles. It is likely that Irving would have come across the likes of Byron, Coleridge, and Shelley, to name just a few.

Later, Irving’s book was published in four installments that began in 1819 while he was once again living in England. This stint in Europe lasted close to two decades—when he saw success with “The Sketch Book” and was becoming America’s preeminent man of letters. His appeal to British audiences came from his observational stories, such as “Westminster Abbey” and “A Sunday in London.” But it was “Rip Van Winkle” and “The Legend of Sleepy Hollow” that would keep his name in American literary circles for generations to come.

Historically, the early 1800s was an era of rapid expansion and technological advancement in both America and Britain. With the advent of steam technology and coal mining, life would begin to evolve drastically for Americans. New York City had a population of 123,000 in 1820 and by 1850 grew to 813,000. Irving witnessed massive cultural and population changes while writing “The Sketch Book.”

At the same time, America’s land also was growing as Jefferson purchased the Louisiana Territory in 1803 and westward expansion quickly followed. Both Irving’s Colonial upbringing in sparsely populated New York and his travels throughout industrializing Europe emphasized for him this era of change.

The scientific, cultural, and political changes that were flowing from European industrialization and late Enlightenment thought were in stark contrast to the emerging Romanticism, with its focus on chivalry and bygone eras. “The Sketch Book”—describing the previous era’s countryside, people, and their shared cultural beliefs—which circulated in the freshly established United States in the 1820s, also contained these elements of Romanticism.

Irving’s pastoral descriptions of Dutch New York reflect his attachment to the early development of the continent in both “Rip Van Winkle” and “The Legend of Sleepy Hollow.” For instance, as Rip climbs into the nearby mountains, he is struck by the beauty of the scene before him:

“[Rip] saw at a distance the lordly Hudson, far, far below him, moving on its silent but majestic course, the reflection of a purple cloud, or the sail of a lagging bark, here and there sleeping on its glassy bosom, and at last losing itself in the blue highlands.”

Also consider this passage from “Sleepy Hollow” that describes the location of the quaint village that hides the haunting spectral headless rider:

“A small brook glides through [the valley], with just a murmur enough to lull one to repose; and the occasional whistle of a quail, or tapping of a woodpecker, is almost the only sound that ever breaks in upon the uniform tranquility.”

Irving establishes both these early-American tales deep in a type of bygone serenity and calm before injecting European folklore. This pairing creates a duality that later would be apparent in more Gothic and Romantic writings, such as Poe’s “Fall of the House of Usher” and “Ligeia.”

Irving’s work seamlessly blends German legends into the early-American customs and cultures found in “Rip Van Winkle” and “Sleepy Hollow.” Tales of ghosts, witches, and a harkening back to preindustrial eras were all heartily embraced by the likes of Romantic writers in Europe toward the end of the 18th century.

As literary scholar George Philip Krapp notes in the introduction to the 1906 edition of “The Sketch Book,” up to that time nothing like Irving’s two stories had appeared in American fiction. Moreover, Irving strove to use German folklore from the Old World and bring them to life in sleepy, Colonial America. This is clearly seen in Rip Van Winkle’s encounter in the hills with the gnome-type specters of Hendrick Hudson and his crew, and whose drink puts Winkle to sleep for close to two decades. Upon awakening, he finds his pastoral and quaint Dutch village replaced with post-Revolution America, where local politics has taken over his much-beloved village square.

“Sleepy Hollow” also is upended by the Old World superstitious apparitions that lurk within the quiet hollow. The Headless Horseman itself is described as a German Hessian officer of the Revolutionary War who stalks the lonely country roads and churchyards at night. Irving’s description of the local population’s clinging to superstition and folklore paints a more European tradition than other Colonial-era tracts that focus more on logic, reason, and the rejection of such thinking:

“The whole neighborhood abounds with local tales, haunted spots, and twilight superstitions; stars shoot and meteors glare oftener across the valley than in any other part of the country. …”

Even Ichabod Crane, a supposedly erudite man dispatched to teach the village school children, is most susceptible to the region’s tales and deeply held myths. His fear is what Brom Bones feeds upon in their rivalry over the love of Katrina Van Tassel and is Crane’s undoing as he finally encounters the Headless Horseman at the climax of the tale.

These two stories were successful in establishing an early European Romantic influence on the budding American literature. Both “Rip Van Winkle” and “The Legend of Sleepy Hollow” offer a Romantic look at Colonial America with its pastoral scenery and sleepy villages while prioritizing the myths and folklore that were imported from the European continent. This type of narrative helped influence a wave of Romantic writers in American society, from Transcendentalist thinkers such as Thoreau and Emerson to the dark Romantics of American Gothic like Hawthorne and Poe.

The witty, satirical, and often ironic look at people, cultures, and places in “The Sketch Book” would also have an impact on Mark Twain’s writing in the latter half of the 19th century.

If we look at the great 19th-century American authors, we see Irving’s early influence as America’s first commercially successful author. We should take time to return to his work and relish his imagery of the peaceful and tranquil Hudson Valley that is rife with haunting European traditions and folklore.