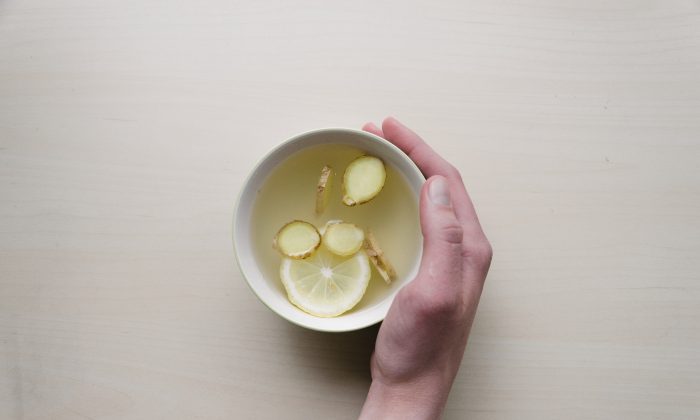 Dropping extra pounds can be a challenge but nature is kind enough to provide us with some healthy, effective helpers. One of them is a tasty, healthy herb that can be brewed into a fragrant tea perfect for promoting fat loss every morning.

That tea is ginger, aka Zingiber officinale.

Some of the most common challenges we face when weight loss is our goal include hunger, lack of energy (which is one of the more common excuses for not exercising), and belly fat. Fortunately, ginger can tackle these troublesome issues. So brew up a cup right now and let’s review the details.

According to naturopath Dr. Marizelle Arce, ginger can reduce appetite and bloating. When we start our day with a cup of ginger tea, we are prepping our body for balanced digestion. Ginger is an anti-inflammatory food that helps balance stomach acids, prevent stomach cramps, and ward off internal inflammation that results in bloating. Consuming ginger as a tea also allows the combination of water and the herb to keep hunger under control.

Another way ginger can help with excess weight is by suppressing the body’s production of the hormone cortisol. Excess cortisol, which is made by the body when under stress, can lead to excess belly fat. Ginger also boosts a flagging metabolism.

Looking for an energy lift? Choose ginger instead of coffee. Ginger tea has stimulating properties that can perk you up for your next exercise session.

Need some proof of ginger’s ability to burn through fat? A recent study looked at the impact of gingerenone A, a substance in ginger that appears to have anti-obesity effects. Laboratory and animal work showed that gingerenone A inhibits the development of fat cells and reduces diet-induced obesity in mice by lowering fat mass. The substance also suppressed inflammation of fat tissue. These findings indicate that gingerenone A could be used to treat obesity.

In a subsequent study, three reviewers evaluated 27 studies (17 animal, 6 in vitro, 4 human) that looked at the weight-reducing effect of ginger. Most of the findings were positive and showed a weight-lowering effect, although a few showed no change or only slight change. The reviewers noted that “ginger could modulate obesity through various potential mechanisms,” such as raising body temperature (thermogenesis), inhibiting fat absorption in the intestines, controlling appetite, and increasing the breakdown of fats.

If you want to jump start your fat burning potential every day, start that day with a cup or two of ginger tea. You’ll be glad you did!