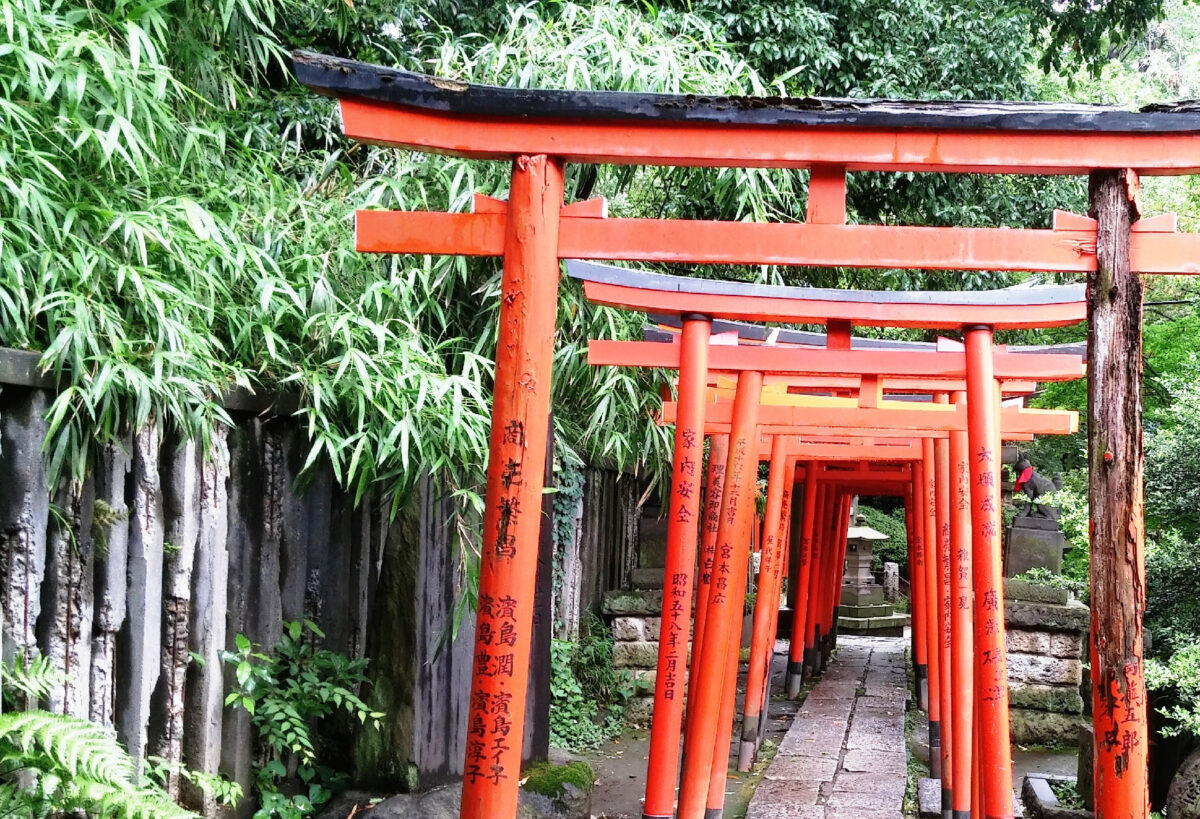 The entrance to a temple along Japan's Nakasendo Way intrigues pilgrims making the walk from Kyoto to Tokyo. (Victor Block)
Travel

Walk Japan to Explore the Soul of a Country

Our hotel bathroom in Kyoto was filled with conveniences that were a testament to Japanese ingenuity: a warm toilet seat that sprayed water, a portion of the large mirror that remained clear even after an exceptionally invigorating and steamy shower, and a sophisticated hair dryer with more settings than I had hairstyles.

However, as I was to discover on our hike through the countryside, these benefits weren’t always available.

A stop at a teahouse illustrated another pervasive element of Japanese culture: the precision with which they do just about everything. The preparation of a simple cup of tea can be a time-consuming, labor-intensive, rule-bound, and ritualized ceremony. The same is true of a cocktail at a bar. Whether you prefer your drink shaken or stirred—and if shaken, the procedure resembles a professional maracas concert—an air of pomp and circumstance surrounds its presentation.

From Kyoto and its 2,000 temples, we headed into the countryside to follow the paths forged by feudal lords, daimyos, and samurais of the 17th, 18th, and 19th centuries. Traversing the Kiso Road section of the Nakasendo Way—the ancient highway that connected Kyoto with the then-town of Edo, now Tokyo—at a rate of 8 to 10 miles a day, we traveled through towns that afforded the pilgrims refreshment and accommodations and that felt and looked much as they did back in the day.

We meandered over trails, through mountain passes, and alongside Shinto shrines and Buddhist temples, often shrouded by forests, thick and lush, with ever-present rumblings of brooks, rivers, and waterfalls that provided a different kind of tranquility equivalent to the many temples en route.

I sensed the samurais traversing the same stone steps, stopping for tea at the same wooden teahouses, sitting on the same tatami mats. We walked through every shade of greenery, past sacred stone markings, old rice mills, and monumental rock structures representing gods and demons or homages to emperors and other human or spiritual deities. As we hiked in and out of shrines, temples, and teahouses, there was much taking off of shoes and putting on of slippers.

We spent evenings at small travelers’ inns with fluffy futons floating on the floors serving as our beds. But while the lodgings might have been simple, the dinners were not. We were usually served banquet-style with multiple courses that ranged from traditional (and to my palate, unidentifiable) to more recognizable offerings that usually took the shape of cooked fish.

Ablutions here were very different from our hotel in Kyoto. I don’t usually shower and wash my hair before getting into a bath, but at the inn in the rural town of Tsumago, I found this was the custom. “Shower” is somewhat of a misnomer. In fact, I sat on a low stool next to a series of other low stools and rinsed myself off with a showerhead. And “bath” is misleading, as well. It was actually an assortment of hot pools in a tranquil outdoor setting accessed by levels of stones and surrounded by interspersed boulders ranging in size from large to humongous.

This seemed to me like a very unusual experience, but our guide assured me it was an everyday occurrence. Bathing has become a communal rather than an individual occurrence. That sense of community carries over to meals to which the inn occupants tend to wear their yukatas (dressing robes provided by the inns) while sitting cross-legged on tatami mats.

As much as my eyes tended to glaze over after yet another temple, shrine, or castle, each is actually so well done that I was fascinated by the lives of the various emperors, shoguns, samurais, daimyos, and concubines who dominated the history of Japan from the ninth century through the 20th.

Eventually, it was time to return to the big city. Culture shock ensued going from the tranquility of the countryside to the sensory overload of Tokyo. Despite Tokyo’s high-rise modernity, the Edo Period (1602-1868) is still alive and well just below the surface, and Paul, our guide, delighted in telling us about it. Using a collection of woodcuts and old photographs dating from the 1800s that he had amassed in a mammoth book, he illustrated how every street corner, bridge, hidden side street, and major boulevard all had their beginning from the time Tokugawa arrived in 1590.

The rich history isn’t so much present in the buildings as in the layout of the city with its nooks and crannies underneath. He related his pictures directly to what we were looking at so that we no longer saw what was currently there but what used to be. He brought to life all the far-reaching accomplishments of the Tokugawa family shogunate, the daimyos and samurais who served them, and the merchants and the horse traders who lived there.

“See this?” he said, pointing to a historical illustration. “This is where we are now.”

Although the two major cities, Tokyo and Kyoto, added breadth and scope to the experience, it was the richness of texture and depth of culture of the Nakasendo Way that made the journey so meaningful. As I was going through security at Narita Airport en route home, somehow having to remove my shoes didn’t feel as oppressive an activity as it usually does. I felt right at home—until I asked a surprised TSA agent for a pair of slippers.