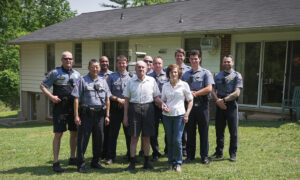 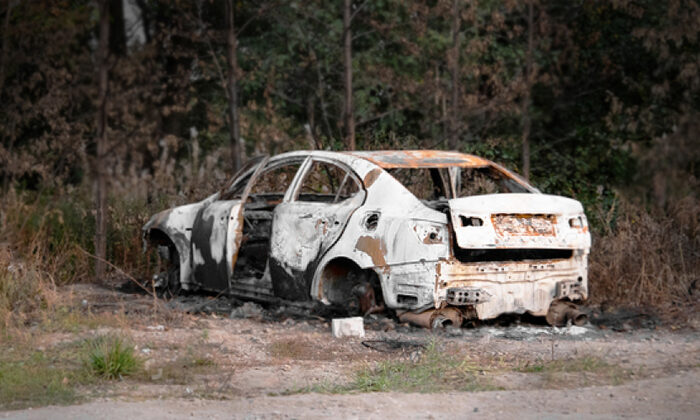 Waitress Spots Woman Trapped in Burning Car—Rushes to Pull Her Out, Saves Her Life

A waitress in Georgia has been hailed a hero after she saved a woman who was trapped inside a burning car on the roadside.

On Thursday, June 10, Keelyn Harper, 22, an employee of Rooster’s Drive Inn, was finishing her shift at around 9:30 p.m.

She was heading home to her 14-month-old baby when, by chance, she decided to take County Highway 213 home, rather than the shorter route she usually takes.

On her way, she came across a car that was on fire on the roadside. There was a woman trapped inside.

“From far away it looked like someone had thrown something out in the bushes that caught on fire,” Harper told FOX News. “I didn’t know it was a car until I stopped.”

She pulled over and rushed over to the car and, after assessing the situation, she knew she had to do something—and fast. She quickly called 911 and then sprang into action.

“By the time I got to the car, the front of the car was already in flames and smoke had begun seeping through the vents into the car,” she said.

The airbags had blown, filling the front of the car, making it difficult for Harper to see the car’s occupant.

After struggling with the inflated airbags, pulling them back, she found the driver, a woman, who was identified as Ashley Strawn.

Strawn was in poor condition; her head was bleeding profusely, while her leg was gashed with exposed bone.

Fearing that the woman would die, Harper pulled her out and to safety and stayed with her until responders arrived.

“It was just the instinct, you know maybe a motherly instinct or maybe just the human instinct to help,” she said.

Strawn, who’s still recovering in the hospital, having suffered a broken leg, ribs, nose, and vertebrae, as well as facial wounds, did manage to send a message to her rescuer.

“Thank you for saving my life,” said Strawn in a video clip, adding that she was eager to meet Harper.

Friends and family of the victim praised Harper, calling her their hero for saving the life of their loved one.

“She would have burned to death if it had not been for Keelyn,” said Kenny Anderson, Harper’s boss. “She is a true hero.”