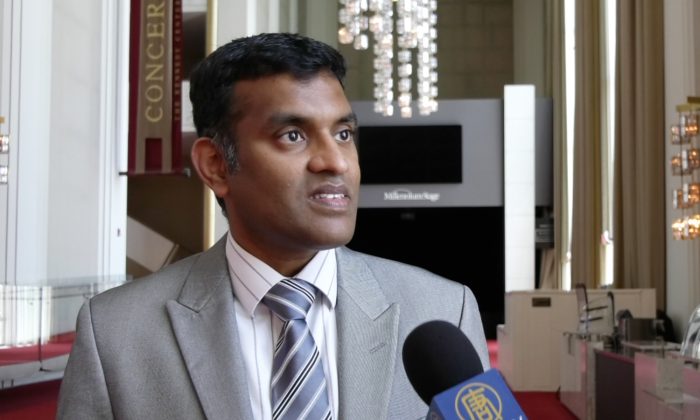 “This is an awesome show. … I was really surprised to see that there is so much tradition in China with all this kind of rich art.”

“It kind of opens up eyes to everybody how rich the tradition is, and also sad to see some of the things they showed, like the government doing some stuff like that. I’ve read about it, but when you see it in the performance, it kind of hits your heart. So that was really touching.”

“I also enjoyed how China has gone through all these various stages. So it kind of gives a different perspective as to just reading something, … but when you go through that, [Shen Yun] really picturized the whole thing. Several centuries in maybe a few hours—it’s amazing.”