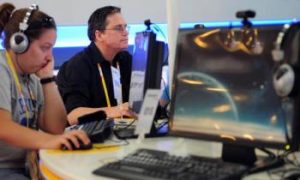 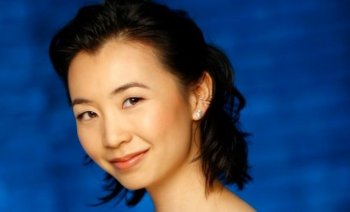 By Madalina Hubert
Print
TORONTO—As a child, Jessica Cheung would kneel on the back seat of her parents’ car and sing Chinese songs to the people in the cars behind. She’s come a long way since then, and this week she takes the stage with the Toronto Operetta Company in the lead role of Mabel in Gilbert and Sullivan’s “The Pirates of Penzance.”

Becoming an opera singer was a dream come true for Cheung, yet she is surprised at the turn her life has taken.

“I can’t even believe I’m in this profession. It came out of nowhere,” she said. Growing up in a non-musical Chinese-Canadian family in the Ottawa region, she had taken piano as a child, but had never heard opera until she listened to the music of “The Phantom of the Opera.” Although technically not an opera, it has its share of operatic elements, and she was hooked.

Cheung started practicing the songs every day and seeing her passion, her mother secretly enrolled her in singing lessons. “The rest is history,” said Cheung, smiling. But even then, music remained an extracurricular activity, and she went on to study to become a clinical psychologist until, in 2005, she captured the lead role in the children’s opera “Naomi’s Road” with the Vancouver Opera.

In 2008 and 2009, she took part in VO’s “Voices of the Pacific Rim,” an annual concert to celebrate Asian Canadian musicians. During that time, she acquired an Artists’ Diploma in Vocal Studies from Toronto’s Glenn Gould School.

Internationally, Cheung performed as a soloist for the Hong Kong Bach Choir in 2006, where she is scheduled to sing again this year. She currently splits her time between Vancouver, where she lives with her parents, and Toronto.

In the midst of rehearsals for “The Pirates of Penzance,” which opened Wednesday in Toronto, Cheung shared her thoughts on the opera. “It’s all about fun. It’s a very spirited, energetic atmosphere. The plot is full of play on words and misunderstandings and a lot of twists.”

Gilbert and Sullivan’s comic opera made its debut in New York City in 1879 and has remained highly popular. The story follows Frederic, a young apprentice to kind-hearted pirates. The terms of his apprenticeship require him to serve until his 21st birthday, which is problematic since his birthday is on a leap year, Feb 29, effectively requiring him to stay with the pirates until his 80s. His beloved Mabel (played by Cheung) agrees to wait for him faithfully.

Director Guillermo (Bill) Silva has added his own signature to the production, portraying Mabel as an aspiring opera singer—an easy role for Cheung to fill. Borrowing from some major operatic arias, she says her role requires some “incredible vocal cadenzas” and that audiences are in for a treat. “I can’t wait to surprise them.”

Cheung has a fascination for opera’s beautiful music and rich plots. “It’s a whole world of discovery. I just find it so stimulating and enriching, all at the same time,” she said.

She describes live opera as “a full body experience—it’s intellectual, it’s physical and is just all thrilling.”

Cheung has experienced this physicality in her own opera experience. “I feel like an athlete when I’m training to be an opera singer,” she said. In addition to practicing her technique, breath support, and language skills, she also works on her physical fitness.

Cheung is humbled by the effect opera has had on her life. “Through singing I’ve really learned a lot about myself and about being a woman and about standing on my own and expressing myself and not being afraid to do that,” she said.

“I would just love to tell the younger generation the benefits of learning to communicate through song and how that helps you develop as a person.”

The Toronto Operetta Company’s production of “The Pirates of Penzance” runs from April 27 until Sunday May 1 at the St. Lawrence Centre for the Arts in Toronto. For more information, visit: www.torontooperetta.com .