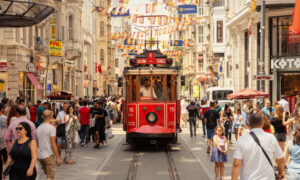 Hidden Istanbul: How to Leave the Tourist Trail and Get Lost in this Vast City
0
Share Now
TelegramFacebookTweetEmailTellMeWeReddit
Copy Link 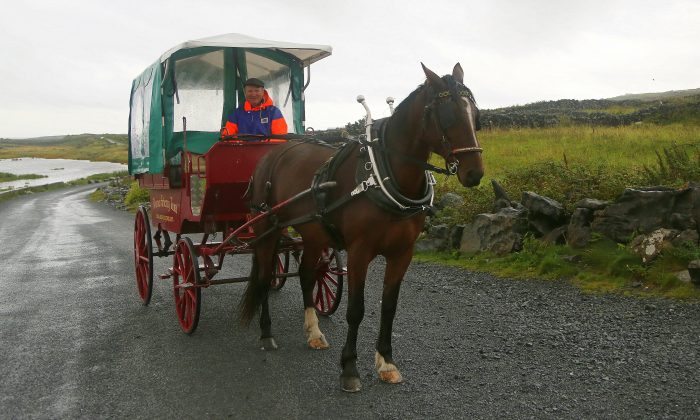 This Sept. 13, 2015 photo shows a pony-and-trap awaiting its rider on Inishmore in the Aran Islands in Ireland. (Michelle Locke via AP)
Destinations

KILRONAN, Ireland — Give up Paris, the Irish poet W.B. Yeats told fellow writer J.M. Synge, and go to the Aran Islands in order to “express a life that has never found expression.”

The budding playwright took the advice and traveled to the Aran Islands off Ireland’s West Coast. He returned full of ideas, incorporating island ways and dialect into works such as his lyrical play, “Riders to the Sea.”

Things have changed a bit since Synge made his pilgrimage in 1898, but even today this rocky outpost in Ireland’s Wild Atlantic Way remains a place to find respite from modern life and move to a simpler rhythm.

Many visitors treat the islands as a day trip, taking the ferry or flight from Galway. But to really experience the islands’ charms, consider spending a few nights. Multiple B&Bs offer reasonable rates.

There are three islands. Most visitors go to the largest, Inishmore. The other two, Inisheer and Inishmaan (the latter is the setting for “Riders to the Sea”), are smaller and less-visited, and can be reached by ferry for day trips from Inishmore.

Here are some basics on planning your trip.

Synge’s “The Aran Islands,” a book of essays, is fun to dip into. Another classic is the 1934 fictional documentary, “Man of Aran,” which took some liberties with historical accuracy. More recently, island scenery was featured in the opening to the ’90s sitcom “Father Ted,” which is commemorated by the annual Tedfest, held each February.

Aran Island Ferries run from Rossaveal, a one-hour drive from Galway, and take about 45 minutes for the crossing. There’s also ferry service from Doolin near the Cliffs of Moher on the west coast of County Clare. Aer Arann offers short flights from Connemara with shuttle service from downtown Galway to the airport and a shuttle on the other end to the village of Kilronan. However you go, book in advance.

You can rent a bike at the harbor in Kilronan and go your own way. Or you can take a minivan tour; vans meet the ferries. For a more leisurely approach, try a pony trap tour.

If you have enough time, there’s a lot to be said for simply walking and stopping to smell the wildflowers — and say hello to the occasional sheep. The islands are strewn with ruins and miles of stone walls. Be prepared for all types of weather: Bring layers and waterproof outerwear. It may pour in the morning, then turn sunny and warm by afternoon.

The big attraction on Inishmore is Dun Aonghasa, (aka Dun Angus), a prehistoric clifftop stronghold with four sets of dry stone walls and a “chevaux-de-frise,” a band of jagged upright stones meant to deter attackers (open daily 9:30 a.m.-4 p.m. in winter and until 6 p.m. in summer, admission, about $5).

Also worth a look is Dun Duchathair, the Black Fort. Not much is left of the fort but it has a breathtaking coastal setting. The Serpent’s Lair, of Red Bull fame, is a naturally formed pool connected to the ocean by an underwater channel. The rocks can be slippery; wear shoes with good soles.

How Have Our Travel Habits Changed Over the Past 50 Years?

How to Travel Scandinavia Cheaply

The Aran Sweater Market in Kilronan sells garments knit in the famous Aran pattern as well as yarn and patterns for the crafty.

In Inishmaan, you can visit the cottage where Synge stayed.

The quality of the food may come as a pleasant surprise. You’ll find delicious fresh fish and hearty specialties like Irish stew and Guinness chocolate cake. Popular spots on Inishmore include Teach Nan Phaidi and Ti Joe Watty’s, which has live music weekends and throughout the summer. The economically named The Bar pub serves a stew that will restore you if you’ve spent the day hiking. The Pier House Restaurant has an elegant dining room with a view.

The Aran Islands Hotel has rooms with balconies and views, starting at around $85. The Seacrest B&B has rooms with baths for about $60 a night including a full Irish breakfast. Seacrest co-owner Thomas Faherty gives excellent pony-and-trap tours of the island.

Will your stay in the islands awake your inner genius? Hard to say. But you may find yourself feeling the way Synge did one evening as he strolled along Galway Bay and looked westward.

“The sort of yearning I feel towards those lonely rocks,” he wrote, “is indescribably acute.”