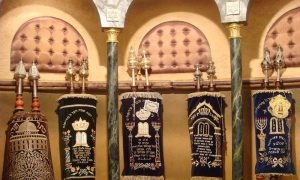 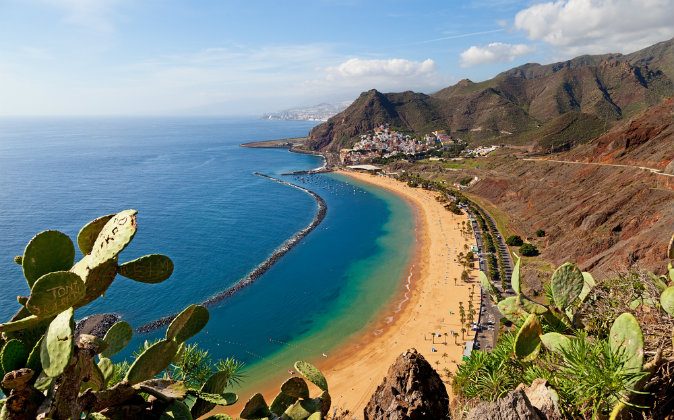 Many visitors to Morocco enter and exit via Spain, perhaps not even aware that travel to some of Morocco’s other neighbors is possible. Though travel to Mauritania and the disputed Moroccan territory Western Sahara takes more planning, and considerable caution, adventurous travelers can add them to a Morocco itinerary. Meanwhile, anyone can easily extend visits to include Spain, Gibraltar or the Canary Islands.

The land border between Morocco and Algeria is closed. The U.S. State Department warns against travel in Algeria due to ongoing violence.

Only nine miles separate Morocco and Spain, making travel between the countries inexpensive and uncomplicated. Travelers need passports but no special visas to cross either border. Flights from Spain reach several Moroccan cities, including Casablanca, Marrakech and Fez. Many ferries, some with accommodation for cars, cross the Strait of Gibraltar daily between Spain and Morocco. Most visitors travel between Algeciras, Spain, to Tangier (a journey of about two hours), and ferries are also available from Almeria or Malaga in Spain and Melilla and Ceuta on the African continent.

Ceuta is a special case, as it is located on the Moroccan mainland but is a Spanish territory. Border guards check passports at the city’s border with the rest of the mainland. Travelers taking a car from Morocco to Spain or vice versa might find Ceuta the most convenient ferry port.

These Spanish islands, closer to Morocco than they are to mainland Spain, are known for their beautiful beaches and party atmosphere. Flights from Agadir, Casablanca and Marrakech to the Canaries depart daily, and passport requirements are the same as they are for mainland Spain.

British territory Gibraltar sits at the entrance to the Mediterranean Sea between Spain and Morocco. With its looming Rock of Gibraltar, network of caves and curious dolphins and Barbara macaques, Gibraltar is a popular and compact spot for unique natural sights and the ease of moving around in an English-speaking culture. Ferries from Tangier travel to Gibraltar twice a week and take about 80 minutes. Traveling over Gibraltar’s borders requires immigration and customs checks. Americans, Canadians and Britons need a passport but not a visa to enter; EU nationals need only their national identity cards.

CAUTION: Western Sahara is a disputed territory, and travelers risk threats from terrorism, public unrest and landmines. Register your travel plans with your country’s embassy in Morocco before entering.

Morocco controls most of Western Sahara, though an ongoing struggle for independence makes for an unstable environment. A ceasefire has been in place since 1991, however, and neither the United States nor the United Kingdom has travel restrictions in place. Experienced travelers with common sense can cross the border into this territory to explore sparsely-populated stretches of the Sahara. Organized tours may be the safest plan, though touring by private vehicle is allowed in many areas. Please note that many areas, however, require police escort. Politely follow instructions from military personnel.

Americans, Canadians and Europeans may enter Western Sahara with a passport.

CAUTION: Though there are currently no travel restrictions for Western visitors, Mauritania can be an unstable place with a high risk of terrorist activity, civil unrest and landmines. Register with your country’s embassy in Nouakchott upon arrival and do not venture far from populated areas.

Though Mauritania is not for the novice traveler, those willing to take extra safety precautions can experience a vast desert land with ancient cities and warm hospitality. Avoid the country’s borders with Algeria and Mali, instead spending time in cities close to Morocco: Atar, Chinguetti, Nouadhibou and the capital of Nouakchott.

Citizens from North America and Europe need visas to enter Mauritania. Though it may be possible to get a 24-hour visa turnaround in Rabat, to be safe, apply for a visa in your home country a few months in advance The U.S. State Department requires a yellow fever vaccination for visitors.

From Morocco, flights leave Casablanca for Mauritania. Overland, cars can cross the border between Western Sahara and Mauritania, though getting to that point for independent travelers would require negotiation with local guides who understand the frequently changing conditions at the border.

Copyright © 2014 by Journey Beyond Travel. This article was written by Brinda Gupta and originally published on journeybeyondtravel.com.

*Image of sand Dunes in Mauritania via Shutterstock