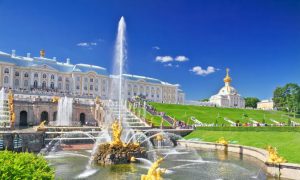 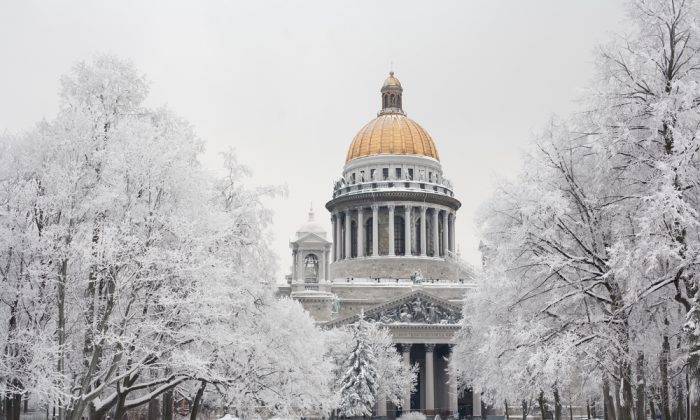 Saint-Petersburg in winter via Shutterstock*
Destinations

With a scale of luxury rarely found outside of Dubai and Abu Dhabi, Russia is a country that revels in unabashed indulgence. From sipping champagne on an ultra-modern balcony overlooking the mighty Moscow Kremlin, to nibbling caviar in a palatial St. Petersburg ballroom – Russia has endless opportunities for a quality, luxurious experience. I’ve picked out my favourite hotels and restaurant in each city that have the most to offer those seeking something a little extra from their time in Russia.

Moscow is the commercial and political centre of Russia and is also the home of anybody who’s anybody. The combination of ancient Orthodox churches, Soviet architectural excesses and capitalist glass skyscrapers make for an intriguing and unique city that rewards those searching for more from their city breaks.

The word that sprang to my mind after spending a few moments in the lobby of the Lotte Hotel was ‘decadence’. Swarovski crystals are everywhere, mainly present in the colossal chandelier which hangs right down the central atrium but also in the mini-chandeliers in the lifts. It’s situated in the quieter pedestrian Arbat street of Moscow where some of the city’s trendiest restaurants are. That’s if you wanted to stray far from the Michelin Star restaurant in the hotel.

Copyright © 2015 by A Luxury Travel Blog. This article was written by Craig Burkinshaw and originally published on aluxurytravelblog.com.

*Image of Saint-Petersburg in winter via Shutterstock