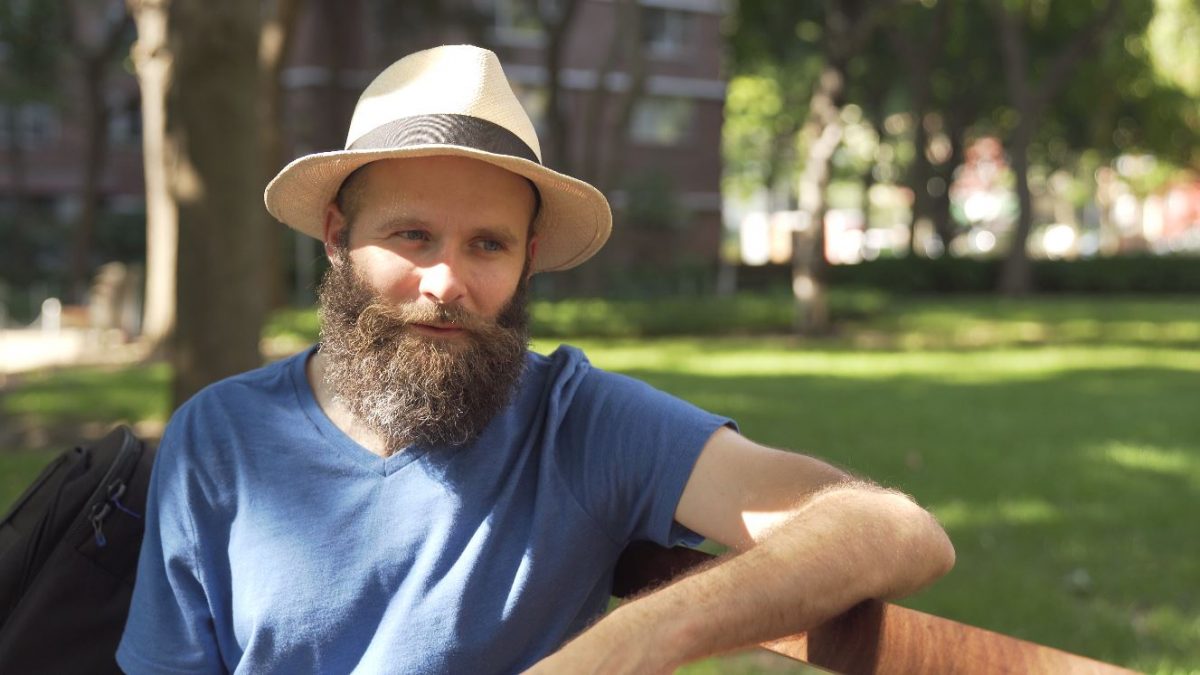 “After the bombing, I realized I should really follow my heart. Because you never know what happens in life.”
BY Eric Han TIMESeptember 10, 2018 PRINT

Adjusting his guitar on his lap and tucking it snugly under his arm, ready to play, Nemanja Rebic paused and turned to the audience. The spotlight of Poland’s National Forum of Music revealed a sort of sadness in his eyes.

In front of the auditorium of hundreds, Rebic bowed his head slightly. “Ancient Chinese culture is one of my greatest passions,” he explained soberly. ”Unfortunately that culture is almost extinct in China.”

Rebic, known as Nemo to close friends, uses every opportunity his virtuosic guitar-playing affords him to talk about a cause close to his heart—the persecution of Falun Gong, an ongoing yet little-known crackdown by the Chinese Communist regime on an ancient Chinese spiritual movement.

In front of the audience gathered there that day to witness the finals of the 2016 international Guitar Masters competition in Wroclaw, Poland, Rebic took a minute to explain what Falun Gong is.

The spiritual practice, which simply teaches truthfulness, compassion, and tolerance as principles to live by in the day-to-day, is nowadays banned in China, with those that follow its teachings brutally oppressed, he said in voice letting on no small amount of regret. The practice is one that follows traditional, ancient Chinese culture, something the communist regime has done everything in its power to violently strip away during its decades of rule.

“That really pains my heart, knowing people like me [in China] have no basic freedom to practice meditation,” he laments. “It sounds unbelievable, but it’s really happening.”

Music as a Getaway

Rebic grew up in 1980s war-torn Yugoslavia, in what is today the city of Novi Sad, Serbia. Growing up in a family of modest means, music was his one getaway place.

“My mom used to tell me that I’d ask her all the time to play music for me,” he recalls. “I would just dance… I couldn’t even walk.”

At the age of 12, the chance discovery of an old, broken guitar behind his family’s cupboards would set in motion what would become a lifelong passion for him.

“I just started strumming,” he remembers. “I played guitar all day. No one made me do it. I wanted to do it.”

Well into his college years, he was still strumming. “I was studying law. I didn’t like it. I was playing my guitar more than studying,” — something that didn’t win much approval from his parents.

1999 was a turning point for Rebic. The eye-opener came for him after the NATO bombings of Novi Sad, a disastrous 4-month long campaign of daily bomb strikes across the city. “After the bombing, I realized I should really follow my heart. Because you never know what happens in life.”

He began pursuing the guitar professionally two years later at the Conservatorium van Amsterdam. In 2006, his musical journey took him to Bangalore, where he studied the esoteric art of Indian carnatic music under the mentorship of several celebrated local masters.

Rebic performed this year at New York’s Carnegie Hall as a featured soloist. A studio-recorded album featuring original tracks, composed and played by himself, is also in the works and soon to be released across all platforms.

When asked about the lessons he has learned from his journey in music, he shares that music is “a universal message that can be heard by people around the world.”

After honing his skills to virtuosity playing sacred Indian music on guitar, like so many others itching for a big break, Rebic soon made his way to New York City, where he found himself nestled into a teaching job in Flushing, Queens.

One night on the subway ride back home after a lesson, he offered his seat to another lady on the train, unaware how profoundly his little goodwill gesture would eventually mark his life.

She declined politely, insisting he remain seated, and the two struck up a conversation. She introduced Rebic to Falun Gong and offered to teach him the meditation exercises. He later read Zhuan Falun, a book explaining the principles of the Falun Gong practice.

“It was the first time I encountered such profound principles explained in a very simple way, in a way a person with a modern lifestyle can understand and relate to it,” he said. Just the experience of reading the book, he said, was “quite intense.”

But it wasn’t long after discovering the practice that Rebic learned of the persecution. Beginning in 1999, after years of immense popularity in China, the communist regime outlawed Falun Gong from China for fear the practice had become more popular than the communist party.

“It’s a very sad reality for practitioners in China,” he explained. “[Nowadays] If they catch you practicing in a park or if they catch you with a [Zhuan Falun] book … if they see that you’re trying to get more information, they can track you down and you can literally be killed.”

Rebic has since devoted a significant amount of his time to his cause. He can be seen around the city regularly handing out little blue pamphlets explaining his practice and striking up conversations about the human rights situation in China with passers-by, often with his 8-year-old daughter tagging not too far behind him.

Several of Rebic’s compositions follow in his mission to raise awareness for the persecution of Falun Gong. He holds one song in particular very close to his heart.

“There is this documentary that I saw many years ago called ‘Decade of Courage,’” he recounted. “On the front [cover], you have a picture of a woman in a red coat holding a [Falun Gong] banner.”

“She’s looking very calmly at a person approaching her… a plainclothes policeman. And he’s coming over at that time probably to arrest her or to take her away.”

Rebic said this lady, now famous for clinging onto her beliefs in the face of oppression, was never heard from again, with that photograph as the last memento of her life and legacy. He fears she might have been tortured to death.

“So I just started writing a song about her, and I called it ‘Rose of Tiananmen.’”

Rebic says his spirituality has shaped him as a musician.

“[Ancient music] was based on stories about the divine,” he explained, “the musician is a humble servant who brings these stories to people to help them go through life in a positive way and tell them stories about morality, about courage, about kindness and compassion—not so much about themselves.”

And being able to share stories of compassion to others through his music, Rebic feels humbled.

“It’s a powerful thing … sharing all these stories through music—it’s a magnificent thing.”