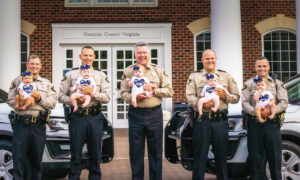 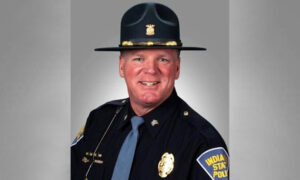 34-Year Veteran of Indiana State Police Is Retiring, Says 'I Would Not Trade It'
0 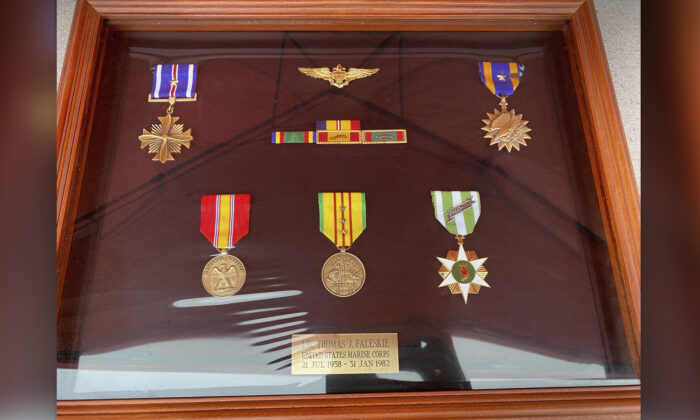 A local Spotsylvania sheriff is being hailed for replacing a Marine Corps Vietnam veteran’s stolen medals.

According to a press release from the Spotsylvania Sheriff’s Department, the home of retired lieutenant colonel Thomas Faleskie was burglarized last year. Tens of thousands of dollars worth of items were stolen, including his service medals, ribbons, and pilot’s wings, representing 24 years of service and sacrifice.

Though officers apprehended the suspects and recovered several missing items at pawn shops, they were unable to locate the missing medals.

“Multiple pieces of stolen property were recovered at pawn shops,” a press release said. “However the service medals, ribbons and pilot’s wings had not been recovered.”

Detective F. Corona, a retired Marine Corps sergeant major, was assigned to Faleskie’s case, and he understood just how much the missing awards meant.

So Corona and his supervisor, first sergeant G. Hamilton, also a retired Marine Corps captain, set out replacing the medals themselves. They contacted Medals of America, a company based out of South Carolina that was able to supply replacements.

Only days before his 84th birthday, Faleskie was touched to receive the replacement medals outside the Spotsylvania Sheriff’s Department last month. Much to his surprise, a crowd gathered to watch the handover.

They presented the veteran, who served in the Marine Corps from 1958 to 1982, with a shadow box, inside of which were replacements for the stolen service medals, ribbons, and pilot’s wings.

“I’m still in a state of shock because I never expected this,” Faleskie told CNN. “I still can’t believe it happened, but I’m very happy.”

Now, the medals can finally return home with Faleskie to be displayed proudly as a reminder of his sacrifice and service.

“Usually that’s what you expect from a fellow Marine,” Faleskie added. “Total support and a bond of friendship.”