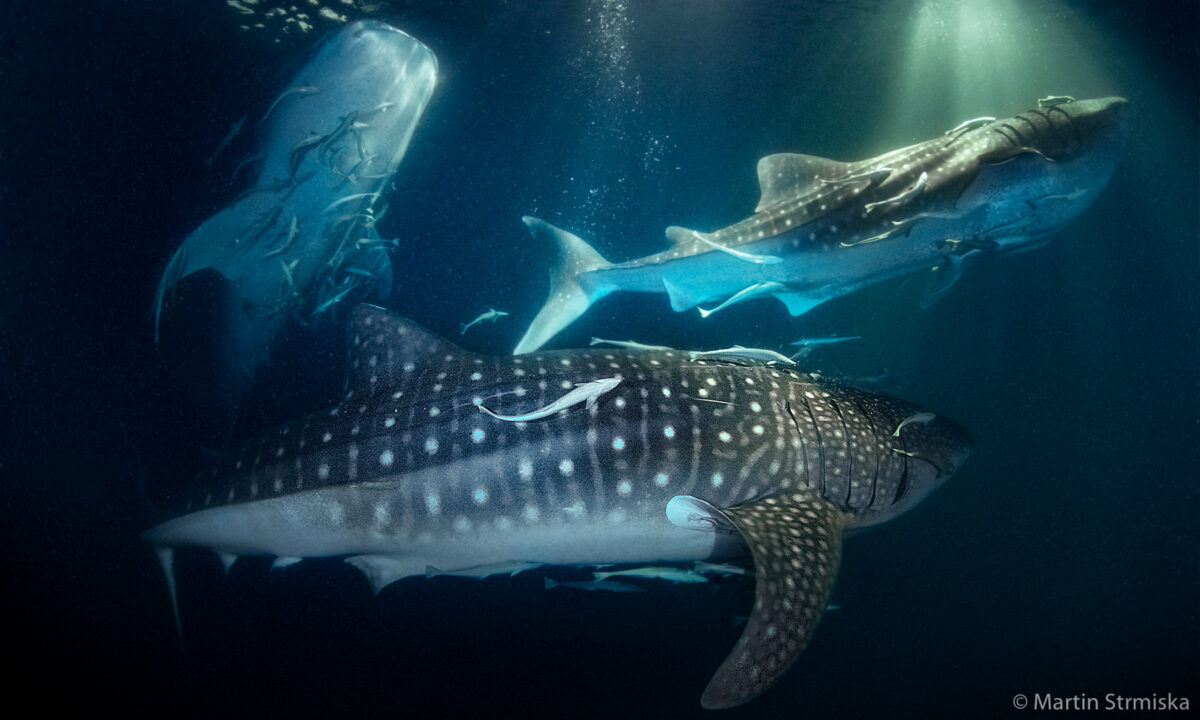 One lucky photographer, Martin Strmiska, 41, who spends time photographing underwater paradises in the Maldives, captured the sight of a lifetime—a sight even experienced divers rarely witness.

While on an excursion diving with tourists last year, at around 10 or 11 p.m., they witnessed a feeding frenzy of approximately 20 whale sharks beside their boat. Such a concentration of whale sharks is seen seldom if ever.

Strmiska captured countless photos and video recordings of the serene, beautiful sea creatures feeding like there was no tomorrow.

This rare encounter, Strmiska reluctantly told The Epoch Times, occurred only thanks to COVID, as no other boats were out on the water, and theirs was one of the first to restart their diving tours. This meant that, upon turning on the lights, all the plankton were attracted to them, and this huge concentration of the tiny marine life (shark food) in turn attracted the whale sharks. Without competition from any other boats, Strmiska and the divers had the whole neighborhood gang to themselves and were able to experience the encounter of a lifetime.

“I’ve been doing this for a very, very long time, quite long time, 20 years almost,” Strmiska said. “And I’ve never seen anything like this. I’ve seen many things. But this was literally amazing. Incredible.

“It was such a feeding frenzy that they didn’t care about me at all. I needed to care about myself because they, even though it looks like they’re very gentle—and they are—but they’re still very big animals.

“There was like, 20 whale sharks behind the boat. This was absolutely insane. I can’t even—I mean, I have three or four whale sharks in one video, or I have pictures with seven.”

Despite often being portrayed in Hollywood as man-eating monsters, sharks do not consider humans a source of food. This is even more so for whale sharks, who are gentle beasts that feed on tiny organisms called plankton (there are many different varieties of plankton as well), opening their massive maws and gulping in gallons of water to filter out the tiny fish for nourishment.

Strmiska noted that these hulking giants of the sea, despite their size, are also extremely maneuverable when they need to be and deft at avoiding an accidental crash. “Even if you for some reason end up being face to face, they’re able to stop on or turn within a very short distance,” he said. “It’s not like a bus that just goes and it’s not able to maneuver or change the direction whatsoever.

“You would be very surprised that a whale shark, [which] is maybe eight or nine meters long, swims directly at you, then it avoids the collision, but it also moves the tail and bends it when he passes just to avoid even a tiny touch of collision with your body.” 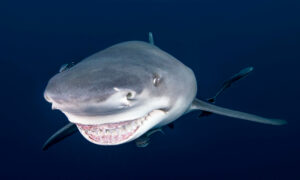 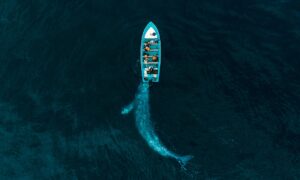 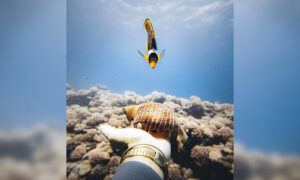 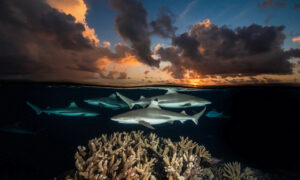