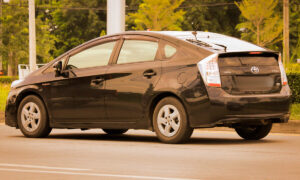 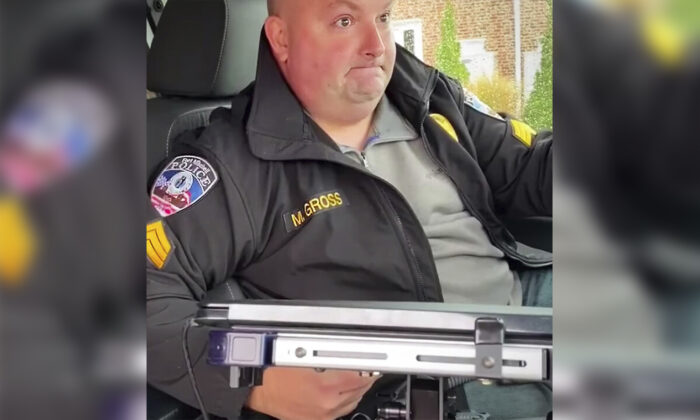 When a police officer retires after a life of service, it can be an emotional moment for both the officer and the department.

But for Sergeant Mike Gross of the Fort Mitchell Police Department, his final call on his last day was made even more special when his grown daughter answered the call from dispatch on the other end of the line.

His moving last call was caught on video by NBC.

“If you could log me out of service for the last time,” he said over the radio on Nov. 30, unaware he was speaking to his daughter, Kylie Gross.

“I want to thank my brothers and sisters here in Kenton County for always having my back. I wish them the best and I know they’re in good hands with you on the other side of the mic.”

Suppressing tears, Kylie shared a message of her own.

“My father, Sgt. Michael Gross, is retiring after 20 years of service,” she responded, going on to summarize his career achievements. “… He has served and inspired the community and his brothers and sisters in blue by showing his passion for law enforcement and helping others through his work and through his daily life.”

She continued: “He has served and inspired the community and his brothers and sisters in blue by showing his passion for law enforcement and helping others, through his work and through his daily life.

“Thank you for your 20 years of service,” Kylie added. “You have always been my hero, and I love you to the moon and back, daddy. Fort Mitchell 8, I show you off shift.”

Moved, Sgt. Gross commented to his partner in the passenger seat, “Aw, that was sweet.”

The Fort Mitchell Police Department congratulated Sgt. Gross on his retirement in a public statement, and thanked him for his contributions.

“Sgt. Gross helped modernize our evidence room,” the department wrote. “[He] played an integral role in the launch and maintenance of our body worn and cruiser cameras, and has been the creative force behind our department’s social media accounts.”

They added that he even supports “young entrepreneurs at their lemonade stands across the city.”

“Congratulations and thank you Sgt. Gross,” they wrote.

Many other community members chimed in to share St. Gross’s retirement and congratulate him.

Mike Dardis with WLWT-TV posted on Facebook, “I have done several stories with Mike. He’s a great guy … And he absolutely loved his job. Wishing you the best in retirement.”