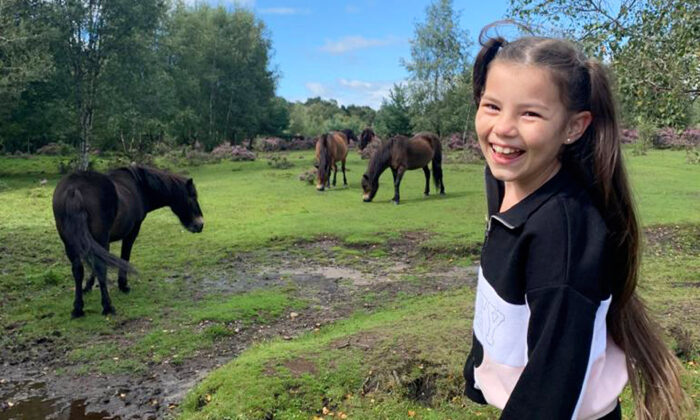 A bullied girl who tried to commit suicide two years ago has shared a message of hope for all children.

Ava-Lilly Sterland, now aged 10, from Solihull, West Midlands, England, was a victim of playground bullies for two years before she was diagnosed with depression at the age of 7.

The primary schoolgirl thought “the world would be better off without her” and attempted to take her own life with a skipping rope at 8 years old. Her worried parents, Sophie Sterland, 34, and Christopher, 40, sought professional help; their daughter was diagnosed with post-traumatic stress disorder (PTSD).

Recently, Ava has shared a video urging other children to speak to someone if they are feeling unhappy. She is now the youngest board member of the Beyond mental health charity and is using her experience to help other victims of bullying.

“Ava decided to make a video for other children on her own,” said Sophie, a mom of three who works as a senior sales assistant.

“She has lost a part of her childhood and has grown up before her time. But she is in a much better place now. She is very creative, compassionate, and a young advocate for mental health.

“I wasn’t aware of children with depression before Ava. It is heartbreaking and I can’t believe what my little girl has been through.

“I found her trying to take her own life in her bedroom with a skipping rope. It was something no parent should ever witness. I was in total shock and completely broken.”

Ava’s mental health started to rapidly decline at age 7. She always wanted to be alone and was very quiet.

Sophie said they were “horrified to hear” that their daughter had been “suffering in silence for two years.”

“We got her into a new school and she moved within a week,” she said. “But it was clear something was happening in her head. Ava became very negative and started to harm herself.”

When Ava attempted to hang herself with a skipping rope, the worried parents went to their local hospital and walk-in center, but nothing was done.

Sophie says that they were dismissed nine times by medics before taking the matter to Ava’s school.

“For a year, doctors said there is nothing wrong with Ava,” Sophie said. “Our whole family was turned upside down and we felt so alone. We felt so secluded from the outside world.

“She could hear a voice in her head that told her the world would be better off without her.”

Schizophrenia was ruled out by Ava’s therapist from the Solar Psychotherapists team based in Birmingham.

“The therapist was amazing and helped fix Ava’s brain,” Sophie said. “He said the voice had been created in her mind as she began to believe what the bullies were saying. She had very low self-esteem and didn’t want to be here anymore.

“But now, she is much better and loves to spend time with her family. She is still shy but loves to do anything creative.”

Sophie and Christopher praise Ava’s school and therapist for helping their daughter. They urge other parents to reach out for help in time if they, too, are going through the same thing.

“If we didn’t get help, I don’t think our story would have a happy ending,” the mom said. “The hard times have made us stronger than ever before.

“It was a very lonely experience so I would be happy to speak to anyone who is going through this.”