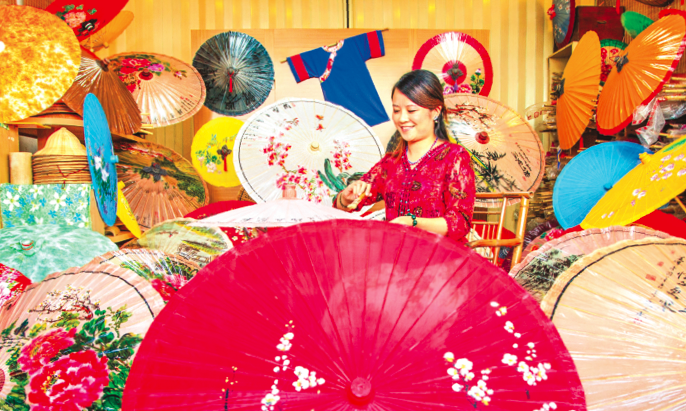 Vibrant Taiwan: Sleek and Modern, the Island Nation Is Also a Treasury of Abundant Cultures

For many, suggesting a vacation to Asia conjures up images of Tokyo, Hong Kong, or island paradises like the Maldives and Bali. Often overlooked is the beautiful island nation of Taiwan. It may be a small country, but it has a big heart, with some of the world’s most hospitable people.

From glistening high-rises like Taipei 101 to enchanting, centuries-old temples, Taiwan has managed to usher in modernity while safeguarding tradition. It’s home to a variety of exquisite handicrafts, spirited religious celebrations, and delicious cuisine.

Despite its small size, Taiwan is quite diverse, with its 16 recognized indigenous groups, past waves of Han Chinese immigrants, as well as influences from the Dutch, the Spanish, and the Japanese. Each group has enriched Taiwan’s culture, making it the dynamic place it is today. The best places to be immersed in Taiwan’s cultural heritage are the island’s charming small towns.

The Charming Town of Lukang

Once a prosperous trading post during the Qing Dynasty, Lukang, in the county of Changhua, is now a center of traditional culture and life, with its captivating temples, craft shops, and distinctive cuisine.

The town’s roads are all narrow and winding, epitomized by a street named Nine Turns Lane. Theories abound about why Lukang was designed this way—some say the labyrinth would disorient robbers, some say they blocked the chilly September winds, and others say they could deter evil spirits, since according to legend, evil spirits could only walk in straight lines.

The town of Lukang has a flourishing religious community, centered around its diverse temples. Among them is Lukang Longshan Temple, which is dedicated to the Bodhisattva Guanyin, known for her boundless and lofty compassion. At the temple, visitors can relish the beautiful architecture and exquisite carvings, with dragons adorning columns, stone carvings depicting “Romance of the Three Kingdoms,” and an extraordinarily intricate caisson, the oldest and largest in Taiwan. Caissons, also known as “spider web ceilings,” are ornately decorated structures found in traditional temples that are designed to ward off evil spirits and enhance acoustics.

In Lukang, especially near its many temples, you will find a myriad of food stalls and eateries selling local foods like Misua noodles, sweet-and-sour plum juice, mung bean cakes, ox-tongue-shaped biscuits, and spicy wine-soaked sea snails. The area is famous for its deep-fried mud shrimp, or “monkey shrimp”—crispy, golden brown shrimp topped with pinches of garlic powder, pepper, and salt.

Anping: A Window Into Taiwan’s History

The coastal district of Anping is located in the city of Tainan, the flourishing former capital of Taiwan. Anping’s history dates back to the 17th century, when the Dutch landed, built Fort Zeelandia, and made Anping into an important site of trade. Its historic sites and architectural styles reflect Taiwan’s rich history, from the Dutch occupation to the administration under the Chinese Qing Dynasty to the Japanese colonial era.

Besides Fort Zeelandia, now known as Anping Fort, tourists can also visit nearby historic sites like the Eternal Golden Castle, a fort built to protect against Japanese invasion, or Koxinga’s Ancient Shrine, which is dedicated to the Ming general who brought an end to the Dutch colonial period.

In Anping, you can also savor the local cuisine, like fried shrimp rolls, oyster omelets, bean curd pudding, and candied fruit. The region is known for aquaculture, and locals here especially love milkfish for its high nutritional value. Local eateries offer a variety of dishes with milkfish, from the more conventional, like soup and congee, to the more unique, like sausages and dumplings.

One major center of Hakka culture in Taiwan is Sanyi, Miaoli, a town renowned for its exquisite wood sculptures. As visitors walk along Shuimei Old Street in Sanyi, they are greeted by the fragrance of different woods emanating from the many local wood sculpture shops, and a visual feast of Buddhist statues, mythological creatures, and other wood carvings. The Sanyi Wood Sculpture Museum showcases Sanyi’s wood carving tradition and exhibits many of its famous sculptures, some traditional and some more creative.

Every spring, the Hakka people hold the Tung Blossom Festival, as the snow-white tung flowers blanket forests and mountains. Tung trees, a valuable source of wood and oil, were essential to the livelihood of the Hakka people in the past, so they cherish the tung tree for sustaining their community. During the festival, the Hakka celebrate the tung tree, give thanks to nature, and worship their guardian spirits, the three Mountain Gods.

In Taiwan’s southern region, Meinong, Kaohsiung, has preserved the culture of the Hakka people and garnered fame for its beautiful oil paper umbrellas, symbols of prosperity. Visitors can observe craftsmen at work or even make an umbrella themselves, with guidance. The artisans first soak bamboo in water for over a month, to remove the sugar content. Then they dry the pieces, thread them together to create the umbrella’s structure, glue on the paper, and brush oil on the paper to make it waterproof. At the end, the artist paints flowers or a beautiful scene onto the umbrella.

Ruisui Township boasts a wide range of specialty products and also some of eastern Taiwan’s best tourist attractions. The beautiful natural scenery makes it one of the ideal places for a leisurely escape in eastern Taiwan. At Ruisui, Hualien, one can enjoy coffee and tea, taste savory cuisine, go for a rafting adventure, bathe in hot springs, and experience small-town life. Hakka ceremonies and Drum King Competition further add cultural allure to this small town.

Another small town near Ruisui, called Fenglin, is located in Hualien Valley and is known for its slow food and slow living. Its current population consists of the Hakka and the Amis, the largest of Taiwan’s indigenous groups. Every year, the Amis host a grand Harvest Festival between mid-July and early September to rejoice in the new year and give thanks for the bountiful harvest. Different Ami tribes choose different times to celebrate.

During the festivities, men, women, and children gather, singing and dancing in a large circle. It is a time of renewal and the passing down of long-standing values and traditions from one generation to the next. Rules vary by villages, but some will allow outsiders and tourists to watch and even participate in the celebrations. For a glimpse into this beautiful culture, travel to Hualien townships like Yuli, Ji’an, Shoufeng, or Fenglin during the harvest season. And if you do manage to attend the Harvest Festival, bring a gift, such as food or alcohol, to show your appreciation.

Many distinctive townships in Taiwan are known for their rich spirituality and historic sites, which have attracted many travelers from around the world. However, Xinyi District is a unique place where Taipei’s future is being created. You will find the international landmark, the Taipei 101 building, as well as internationally renowned Michelin-starred restaurants, and the world’s best brands, in this urban city. In particular, you absolutely don’t want to miss Xinyi Commercial District. It offers shopping, entertainment, and delicious cuisine. If you have some spare time, go for a hike to the top of Xiangshan (Elephant Mountain) to enjoy a spectacular view of Xinyi District. Endless fun and adventures make it a one-of-a-kind destination in Taiwan.